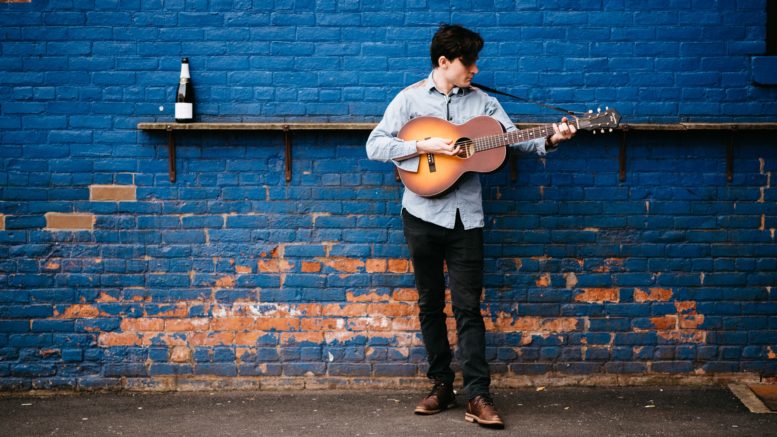 “A long, long time ago, I can still remember how the music made me smile.” Okay, so it really wasn’t that long ago. It was last Saturday, March 14, 2020. As I do (nearly every Saturday night), I visited some local clubs to catch some of our area’s musical talents. This time, however, it was different.

By this time, most had received the news that a new strain of coronavirus, called COVID-19, was causing devastation across the globe and was now heading towards our hamlets. Just two days prior, masses of people were storming grocery and supply stores to buy, and shockingly, in some cases, hoard and fight over food, cleaning supplies, bottled water and, most predominantly, toilet paper, bracing for the threat of a full blown pandemic.

We were all encouraged to wash our hands, not to touch our faces, refrain from human contact and remain at home as much as possible. Encouraged. Not yet mandated.

With the looming cloud of uncertainty and increasing likelihood that life, as we know it, was about to dramatically change, many local meeting groups, playhouses, museums and entertainers postponed and canceled their Saturday evening events. Others did not.

Some performed to sparse yet enthusiastic crowds and some to crowded rooms. In each establishment, the energy was enthusiastic, energetic and hopeful, almost celebratory.  Despite all the somber news, the faces of the audience, as well as the performers, were full of light, camaraderie and happiness.

It got me to thinking, how will increasing cancellations and inevitable closures impact the club owners, performers and fans?  I decided to find out.

I interviewed some of our area’s bar owners, musicians and event planners. Here is what they had to say.

Three local club owners (who wish to remain anonymous) shared many of the same feelings. The foreboding closures, albeit temporary, would present enough of a gap in their bottom-lines to cause them to seriously consider the possibility of permanently closing their doors.

One owner was positive that if the shuttering lasts longer than four weeks, he would not be able to sustain the business and would have to opt to keep his home rather than his club. He was profoundly saddened at even the prospect of losing what he calls his “Dream Club”.

Another, also concerned about the length of shuttering, had concerns about rehiring staff, rebuilding clientele and debating if it would be financially wise to not book live music for a while after the restrictions are lifted. Not because of a lack of love the bands, but due to having to pay them while “starting over with minimal capital”.

A third felt that although paying for live music doesn’t always “pay off”, it’s a necessity to keep their clients happy and “coming back for more”. Their club will “absolutely” be bringing live music back as soon as they reopen.

Now it was time to reach out to some local talent.

Sid Peake, bass player and front man for The Gents and Deep Watts, recently organized the Concert for Australia and raised $10,000 to assist the relief efforts of the devastating wildfires.

We asked Sid to weigh in on the impact the virus is having on musicians, music venues, loss of revenue for both, and how he sees live music moving forward now and after the crisis is over.

“At our level, most of us don’t rely on the money we make from gigs as a primary source of income,” said Peake.

He added, “There are a few (musicians) who do. This current environment is going to hurt some folks depending on their own financial requirements. For venues that have a large stake in their businesses, involving live music, this would look to be a pretty significant hit to them.”

The social impact? Peake stated, “We consistently have live music every weekend. This is probably going to present a challenge for some folks to find something to replace down time with. However, in the present, if we are to keep this virus spread to a minimum, we all need to think about each other and keep our personal interactions as limited as possible. Once we get through this, I think our community will be ready and very willing to get things back to normal and our music scene will be ready to get back to business.”

On Live Feeds/You Tube videos, Peake stated, “I think those are great! It helps folks stay connected, and music always heals. I think this will help performers and fans. Fans will ‘tune in’ and have a chance to get to know these artists in a more intimate, personal, way. As odd as it sounds, when things like these throw communities into crisis, they act as a way to drive creativity. We may see some great, new music coming from a lot of artists.”

Another local talent, Nate Calzetoni, guitar player, vocalist and songwriter for Honker and Home Brew, has been hosting a nightly ‘Quarantined Series’ show on his Facebook page, singing and playing guitar to keep himself and others entertained during this distancing.

“I don’t have a huge following to watch my solo videos but, plan on making it a nightly thing,” said Calzetoni, adding, “My solo streams are more for just keeping everyone’s spirits up. Honker/Home Brew shows will be promoted more and will do a lot of good! Those shows will be to raise funds for whatever help is needed and will definitely be more professional when it comes to both video and audio.”

I also had the opportunity to catch up with The Owego Pennysaver’s own Editor, Wendy Post, who serves as the co-chair for the annual Strawberry Festival in Owego along with Pat Hansen, the festival’s founder and chair.

According to Post, the festival is still on the horizon for June if things begin to return to normal. Although cautiously optimistic, Post said that planning has merely stalled, and that they will look at things again by mid-April.

“With the pandemic at hand, safety is most important,” said Post, adding, “We are still looking forward, but are playing a waiting game like everyone else. If things subside, we will be moving full speed ahead to continue planning things for the 40th annual festival, planned for June 19 and 20 in downtown Owego.”

As for the fans of local music, I didn’t have to interview anyone. A few minutes on Facebook answered all my questions. They, like me, after a mere five days are already feeling ‘separation anxiety’ from their favorite bands, favorite venues and their favorite friends.

It all ended and started on Monday, March 17, and when the bars closed their doors for in-service. The day the music refused to die. Looking forward to the resurgence. Thanks for keeping Live Music Alive!