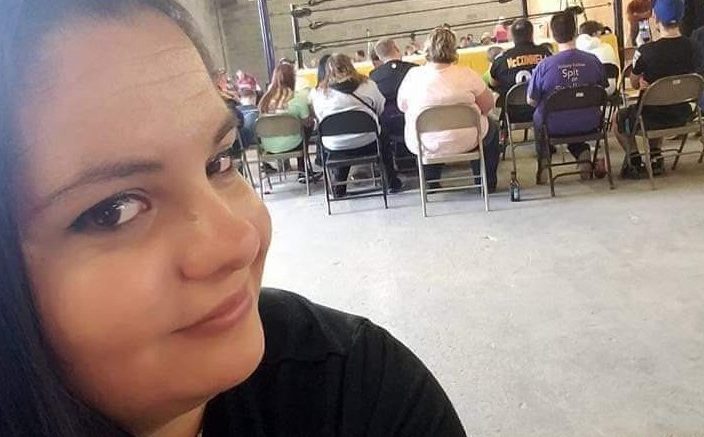 To honor co-founder Nikki Baker, who passed away in 2018, Northern Tier Wrestling will hold the second Nikki Baker Annual Memorial in Sayre in March. Provided photo.

To honor Owego resident and co-founder Nikki Baker, Northern Tier Wrestling is gearing up for the second annual “Nikki Baker Memorial”, set for March 1 at the Sayre VFW. Baker’s husband, Jeff Thomas, also a co-founder, said that he and his children were honored when informed by local wrestlers they wanted to turn last year’s memorial show into an annual event.

“When we lost her it was devastating to all of us. So the boys got together and put on a memorial show to honor her and to help myself and my family get through it. They wanted to make this a yearly thing to honor her memory and it’s very heartwarming, it really touched myself and my kids,” said Thomas.

Thomas said that Baker passed away in December of 2018, and that he has since moved from Owego to Waverly, although he still works full-time in Owego outside of his involvement in the wrestling school and league he co-owns.

“When it came to wrestling she wasn’t in love with the losing money part, it’s a money sucker, but she loved that it put a smile on my face and loved to meet new people and she made some great friends. When she passed away the wrestling community really came together for her and for my family and I,” Thomas added.

Northern Tier Wrestling is designed for local wrestlers to have a school and outlet to hone their craft without having to drive multiple hours to find schools out of the area. Thomas, who is 37, said that Northern Tier Wrestling has been in existence for three years and while none of the students have made the big time yet, he expects some of his current crop to have a chance.

“Some of our current guys really have a chance, but it’s important to remember that maybe one percent of wrestlers end up making it to the big time like the World Wrestling Entertainment,” Thomas said.

Thomas, who has wrestled for seven years, added that the pro wrestling his guys are trained in and perform in shows is on par with the wrestling in World Wrestling Entertainment (WWE), only without the production values and arenas.

“I tell my friends to come watch me get punched in the face, that usually gets them, but it’s great family entertainment and we put on a great show. It’s very high quality wrestling in a local setting,” Thomas said.

Along with talented students and guys on the come-up, Thomas said that former WWE wrestlers the Patriot and H.C. Loc, among others, would be participating.

“It’s not just entertainment value, it’s also a chance for younger wrestlers to learn their craft from seasoned veterans in an un-stressful environment,” Thomas said.

The Nikki Baker Annual Memorial wrestling show will take place March 1 at the Sayre VFW, located at 932 W. Lockhart St. Doors open at 2 p.m., with a bell time of 3 p.m. Admission is $15.

“She loved wrestling and wanted to see people happy and entertained. If you want tickets get them in advance, it sells out quickly and is one of our biggest shows,” Thomas said.

To learn more about Northern Tier Wrestling and for ticket information, you can find them on Facebook @northerntierwrestling.