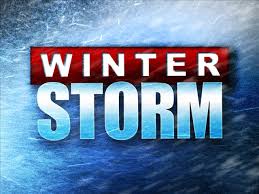 Governor Andrew M. Cuomo today urged New Yorkers to use caution while traveling over the next several days as a large winter weather system is forecast to bring snow, rain and a wintry mix across much of the state.

The system is expected to move in late Wednesday evening and continue impacting New York in two waves until early Saturday morning. The snow, rain and wintry mix caused by this system are expected to create difficult driving conditions, especially during the Thursday morning and Friday evening commutes.

A press release received Wednesday afternoon stated, “Not only should New Yorkers exercise caution while traveling throughout the next several days, but it’s important to keep a close eye on local weather forecasts for further developments as storm conditions have the potential to rapidly change.”

As the system enters New York Wednesday evening from the west, forecasts are calling for a widespread wintry mix across the state except in New York City, where only rain is expected, and in the North Country, where only snow is expected. Most of the state will continue to experience some form of precipitation throughout Thursday into early Saturday morning, with temperatures and elevations playing a role in determining which areas get snow, rain or a wintry mix.

By the time the storm exits the state Saturday morning, most of the state will have experienced up to 2 to 4 inches of snow with between 4 to 6 inches possible in the Capital Region and northern Mohawk Valley Regions, and 6 to 12 inches possible in the northern portions of Central New York, the Finger Lakes and Western New York Regions. Ice accumulation will generally be less than a tenth of an inch and rainfall amounts will generally be less than a half inch.