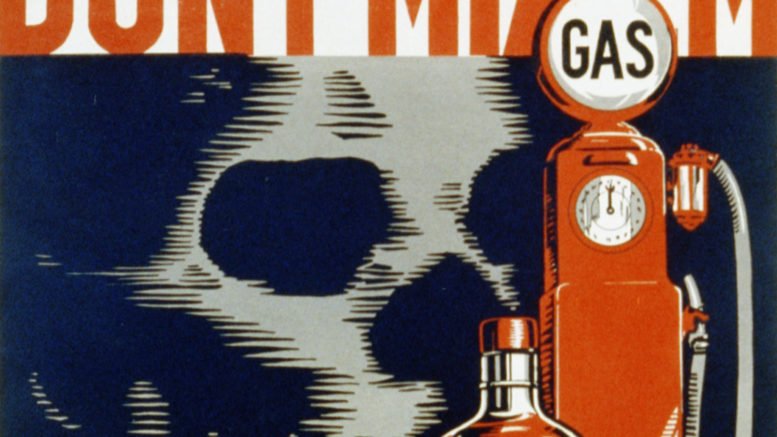 Again this 2019 holiday season, more and more drivers of all ages are expected on the road. So, as we do each year, it’s time for our yearly column with updated stats on the dangers of drinking and driving as DUI arrests continue to be a major problem nationwide.

This is the saga of young Joe, a fun loving 24-year-old who is full of life, has lots of friends and is a good person. He loves to drive his 1967 Dodge Coronet R/T with a big, 440 V8 engine under the hood. Joe drives his classic Dodge whenever he can and since Joe lives in a warm climate state, taking his beauty out during the Christmas holiday is routine.

Joe could be your son, sibling, parent, friend or husband. He’s having a great time at a holiday party, joining in on all the fun. He’s had one drink too many, but still feels he’s okay to drive his Dodge Coronet R/T home.

It’s 1:30 a.m. and Joe is heading home and thank goodness he’s alone. Joe is oblivious to the fact that on this night he’ll become one of the more than 34,000 estimated drivers that will die in car accidents in 2019. Recently, the U.S. Department of Transportation’s National Highway Traffic Safety Administration (NHTSA) announced that 2018 highway fatality numbers were down 906 versus 2017. However, with more drivers on the road in 2019 than ever, numbers could again increase.

Further, estimates from the Association For Safe Road Travel International indicates that in the United States, an additional 2.35 million are injured or disabled; over 1,600 children under 15 years of age die each year; nearly 8,000 people are killed in crashes involving drivers ages 16-20; road crashes cost the U.S. $230.6 billion per year, or an average of $820 per person and that road crashes are the single greatest annual cause of death of healthy U.S. citizens traveling abroad.

Internationally, nearly 1.25 million people die in road crashes each year, an average of 3,287 deaths a day. An additional 20-50 million are injured or disabled and more than half of all road traffic deaths occur among the ages of 15-44.

These U.S. and international statistics are eye openers to many who are unaware of the destruction and deaths caused by motor vehicles and that even though here in the U.S. things are a bit better on a year-to-year basis, worldwide things are bad and not getting better as more and more youngsters reach driving ages.

His 1967 Dodge Coronet R/T does not have modern air bags or even four-wheel disc brakes. He’s also not aware he is speeding at 65-mph and approaching a curve in the highway that should be taken at 35-mph.

His reactions, meanwhile, have been diminished by his alcohol consumption and to make things worse, his cell phone starts to ring.  Now Joe is really distracted and he’s going too fast to make the curve. To make matters even worse, he also forgot to buckle his seatbelt when he left the party. Before Joe even knows what is happening, his car is off the road and headed directly toward a huge tree.

There is no correcting. Joe’s Dodge R/T hits the tree with a booming crush.

At 1/10th of a second, the car’s front bumper and grillwork collapse.

At 2/10ths of a second, the hood crumbles, rises, and smashes into the windshield. The grillwork now disintegrates.

At 3/10ths of a second, Joe is sprung upright from his seat. His legs are immediately broken, and his knees crash against the dashboard. The steering wheel bends under his grip.

At 4/10ths of a second, the front of the car is completely destroyed and is now completely still. However, the rear end of the car is still traveling at 55-MPH, and the 775-pound 440 Magnum V8 engine and accessories are crunched into the tree.

At 5/10ths of a second, the impact rips Joe’s shoes clean off his feet. The R/T’s chassis bends in the middle, and Joe’s head is slammed into the windshield. The car’s rear-end begins its downward fall as the spinning wheels churn into the ground.

At 6/10ths of a second, the entire body of the Dodge is twisted out of shape while the front bucket seat continues to ram forward.

At 7/10ths of a second, Joe’s chest is pinned against the steering wheel shaft. His internal organs crash against his rib cage.

At 8/10ths of a second, Joe is dead. He’s now another fatal accident statistic.

Notable is that Joe’s fatality will be recorded in the 25-percent group of impaired driving fatalities that occur between 12 a.m. and 3 a.m.

The lesson to learn from Joe’s tragic ending?

If you plan to host a party this holiday season or a gathering for the New Year, remember that you can be held liable and prosecuted if someone you serve alcohol to ends up in a crash. First and foremost, have everyone put their keys into a large bowl when entering the party and then refuse to give keys back to intoxicated guests. Next, designate sober drivers in advance and help arrange alternate transportation if needed. Have phone numbers for a taxicab or contact your area Uber/Lyft drivers online.

As noted above, it’s not just young drivers like Joe who die on highways everywhere around the world. Many adult drivers become statistics from similar alcohol induced or distracted driving mistakes. Plan your travel carefully this holiday season, and never be in a hurry. If roads turn nasty, pull off safely at a roadside rest stop or stop and have a coffee at restaurant.

Finally, if you must stop your vehicle to rest, never pull off and stop on the freeway shoulder or side of a road—it’s dangerous sitting there as the odds of being struck by an oncoming vehicle is very high. Keep in mind that more deaths per mile traveled occur during holiday season.

Next week, we’ll look at distracted driving and why driver texting and cell phone use continues to be a driving nightmare. We’ll have the latest statistics, too.

(Greg Zyla is a syndicated auto columnist. He welcomes reader questions and comments on collector cars, auto nostalgia or motorsports at greg@gregzyla.com or at 303 Roosevelt St., Sayre, Pa. 18840.)

Be the first to comment on "The Saga of Young Joe"