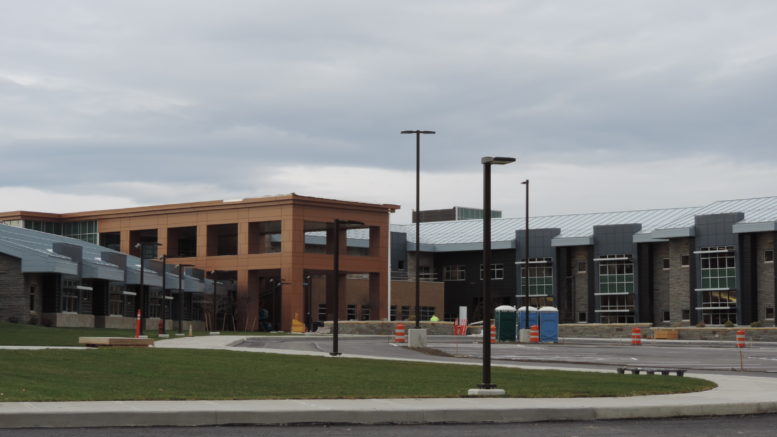 This year’s budget for the Owego Apalachin School District carries a 3.83 percent tax levy increase as proposed, and exceeds New York’s tax cap. Resident taxpayers will have an opportunity to cast their vote on the budget on Tuesday, between noon and 8 p.m. at either the Apalachin Elementary School, located at 405 Pennsylvania Ave. in Apalachin; or at Owego Free Academy, located at 1 Sheldon Guile Blvd. in Owego.

In a newsletter sent out by the school’s Superintendent, Corey Green, he explained that the overall budget carries a 2.63 percent increase.

The district is also proposing to continue its Bus Replacement Plan, and hopes to purchase four-new 70-passenger buses and one new 66-passenger special needs bus for its fleet.

The district also has two candidates running for two Board of Election seats. Each seat carries a three-year term.

Cvic, prior to his retirement, was the Controller of the GST BOCES Central Business Office in New York State. He served as the Owego-Apalachin Board’s President over the past year, and served as Vice President for the last 13 years.

Gretz began her career in the fall of 1983 as a science teacher for the Owego Apalachin Central School District. In 2004, she was appointed as a central office administrator for the Binghamton City School District as the Director of Personnel. Prior to that, she was an administrator for Chenango Forks High School, BT-BOCES summer school principal, and summer enrichment principal for Owego Apalachin children.

Also on the ballot are proposals for additional taxpayer funding for both the Coburn Free Library and the Apalachin Library.

This year the Coburn Free Library in Owego is seeking an additional $35,000 in annual taxpayer support. If approved, according to the school district, it will set the total amount of annual local taxpayer support at $100,000.

It is noted, by the Superintendent, that the Apalachin Public Library and Coburn Free Library are propositions on the ballot, and this funding is not part of the school district’s budget.

Be the first to comment on "School vote set for Tuesday"