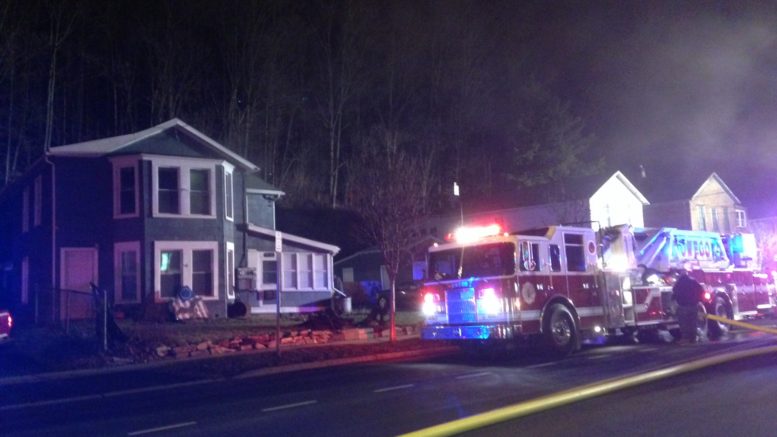 Crews worked to extinguish a fire that ignited in a second floor kitchen of this residence at 228 North Ave. in Owego on Thursday. (Photo by Wendy Post)

At approximately 5:25 p.m. on Thursday, and during a busy traffic hour in Owego, fire departments were called to a residential fire at 228 North Ave. in Owego, forcing traffic to be re-routed down Talcott Street and West Avenue for approximately one hour.

The fire, which ignited from a cooking appliance in the second story apartment of the structure, was contained to the kitchen area and its interior wall. Responding crews extinguished the fire, and there were no injuries reported.

Kathy Morley, who lives two houses down from the fire’s location, said she heard about the fire on the scanner. “They responded fast,” said Morley of the response time by the fire departments.

At approximately 6:10 p.m., crews were working to clear the area as traffic continued to be re-routed.

Owego and Campville departments responded to the fire, and the Tioga County Sheriff’s Department and the Owego Police Department assisted.