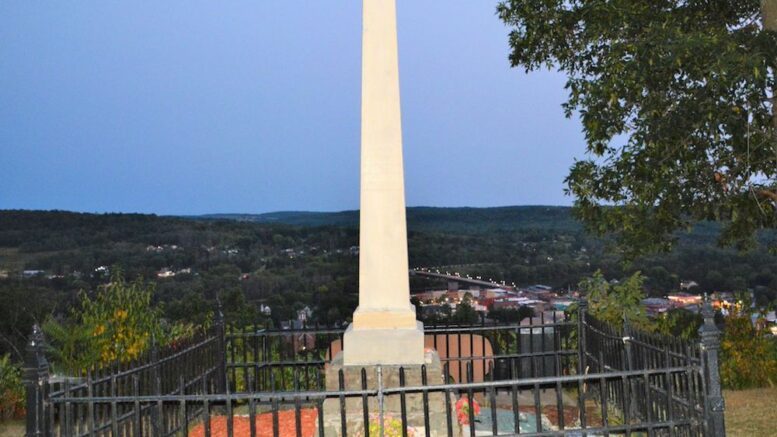 In November of 2022, the New York State Department of Education issued a directive that school districts are prohibited from using Native American team names, logos, or imagery or face penalties that may include “… removal of school officers and the withholding of State Aid.”

This certainly poses a dilemma for our beloved Owego Indians.

I have spoken to Owego-Apalachin Central School District Officials, including School Board President Gene Cvik and Superintendent of Schools Corey Green, who have expressed a desire to keep our Native American name and symbol.

Both Mr. Cvik and Mr. Green have assured me the school district is exploring all options to retain our identity, and I applaud them for their efforts.

Although the prospect of such is in question, the possibility of losing something that is very dear to me, and many others, has caused me to pause, reflect, and share my feelings on the issue. 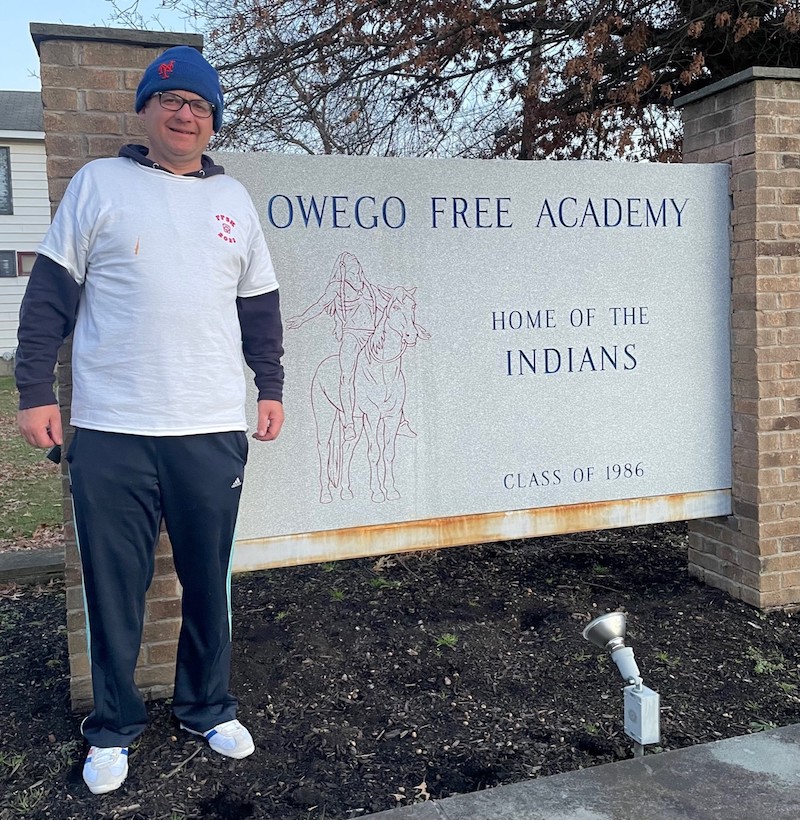 Pat Gavin is pictured by the Owego Free Academy “Home of the Indians” sign, donated by the OFA Class of 1986 this past Thanksgiving, and following the Franz Family 5K.

If there is one place in the United States of America that the Indian name appropriately signifies its people it is none other than Owego, New York. Wikipedia tells us, “Owego’s name is derived from the Iroquois word Ahwaga, meaning, “where the valley widens.”

Further, local historian Tom McEnteer states in his work, Tioga County History, the Onondaga Indian Tribe occupied the present Town of Owego and the western part of Broome County. As late as 1812, Indians occupied the area, according to McEnteer, who I had as a teacher in Middle School. Our very town name hails from Native Americans.

Throughout our history Owego has taken great strides to solidify this tie. One must look no further than the Indian Girl’s Monument, also known as Sa Sa Na Loft, in our Evergreen Cemetery that overlooks the Village of Owego. Loft was a “Mohawk Maiden” and music missionary from Canada who died in a tragic train accident. Her family was too poor to have her remains returned to Canada, so the good people of Owego paid for her to be buried here.

In addition, her monument was erected by Owegans in 1855, and is believed to be the earliest monument known to a Native American woman in the United States. Moved by her early and tragic death, various women’s groups and churches in Owego and the surrounding area collected donations to erect the monument in the cemetery where she is buried.

Most recently, and through the tireless efforts of Judge Dave Boland, the Indian Girl’s Monument has been restored to its original glory.

At times, I admit, we may have strayed from portraying our Native American heritage in a positive light. I recall at one time an Indian cartoon caricature was on the press box at the football stadium. Recognizing this may be offensive to some our school district, forefathers removed the cartoon. 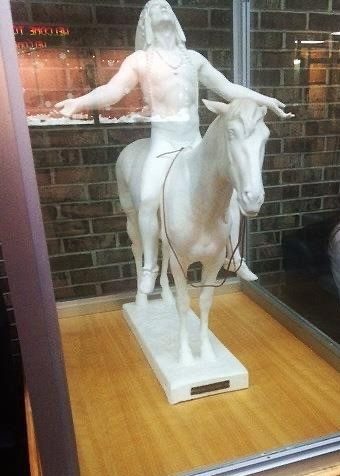 “Appeal to the Great Spirit” in the OFA Lobby.

In the early 2000s, phrasing in our Alma Mater was changed from “Wild & Savage” to “Brave & Noble” Indians. Once again, our school district forefathers made the change as the right thing to do.

This is something I opposed at the time, but looking back now I agree with what they did. Time and time again, Owego has done the right thing when it comes to using our Native American team name, logo, and imagery.

In my view the Owego Indian name and our community’s collective Native American heritage captures the best of who we are and who we can be, by staying true to our history as I have outlined here, and honoring the deep and enduring values our Owego Indian name represents. 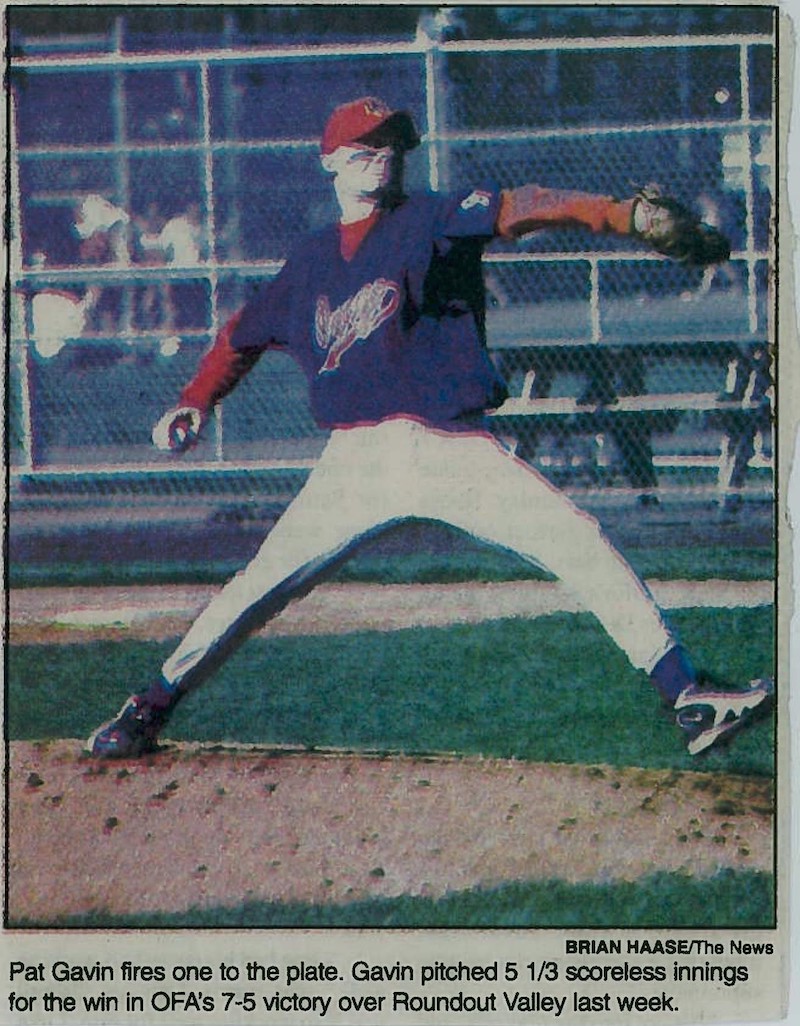 As a three-sport athlete in high school who wore my Indian jersey with a badge of honor, the Owego Indian name and our symbol is part of who I am. It is a connection to my grandfather, my father, and my two brothers, who were also Owego Indian athletes. It is a connection to friends, classmates, and alumni. It represents strength, courage, hard work, commitment and discipline, all values I learned as a high school athlete and the same values of the Native Americans who once lived in Owego.

I recall leaving for the Section IV Championship game in baseball as a senior against the Johnson City Wild Cats and our school’s athletic director’s secretary, Mrs. Ash, whispered in my ear, “Indians are stronger than Wild Cats.”

Pat Gavin as Captain and Quarterback of the 1996 Owego Indians Football Team.

We went on to win that game and after I told her, “Yes, Mrs. Ash, Indians ARE stronger than Wild Cats.”

From there our team went on to win our school’s first ever state championship. As I told the local papers at the time, “We won not only for ourselves, but for OUR community as Owego Indians.”

I am proud of what my teammates and I accomplished as Owego Indians. I am proud of what the Indian name stands for and where our community came from and what it has done in recognition and preservation of our Native American heritage. This is a pride and tradition I will share with my three children. 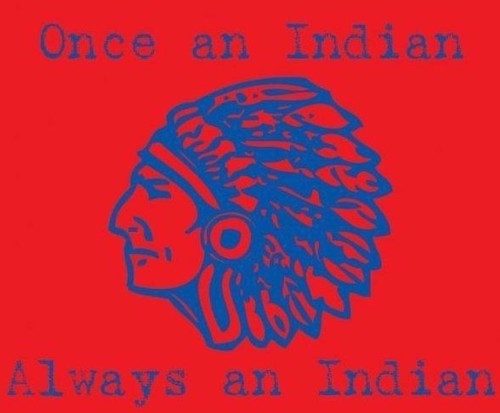 “Once an Indian, Always an Indian” Logo.

I respect the opinions of those who disagree, including the New York State Board of Education, but I will not ignore our history or the positive portrayal of Native Americans in my hometown. For me, the Owego Indians is where I came from, what I am, and what I want our community to continue to be.

As a guest speaker a few years ago at the graduating Owego Free Academy Athletic Dinner I told the students, “Once an Indian, Always an Indian.” This holds true to me now more than ever. I am not willing to give up on the Owego Indian name and symbol and all it represents, and I hope you won’t either. Stay tuned.

(Patrick Gavin is an Owego Free Academy Class of 1997 graduate.)

2 Comments on "‘Once an Indian, Always an Indian’"