Q: I saw a video on YouTube about the 1970 Ford Talladega, and that Ford didn’t really produce enough of them to be accepted by NASCAR as an official racecar. I know 1970 was long ago, but that was just plain illegal. John S., Spokane, Washington.

A: John, first I want to give YouTube a quick pat on the back. Its recent NascarAllOut upgrades now include many races that in prior years just weren’t available. I thoroughly enjoy all of the great races from the 1950s through the 1970s, so check them out.

As to that 1970 Ford Talladega, and in Ford’s defense, do you remember the mystery 427 Chevy engine that ran at Daytona in 1963? It could have won had it not been for head gasket problems, and Chevy was supposed to make available at least 50 for NASCAR to christen it as an “official” production engine.

Well, only 26 were ever really accounted for, and this comes right from the mouth of those who ran them, including Rex White and Smokey Yunick. They shuffled them around from garage to garage and repainted them for the official NASCAR inspection, and even sold one to a Ford team (if memory serves me correct, it was the Holman Moody Ford team) to prove the “Mystery Motor” could be purchased.

In 1969, the Ford Talladega was one of the fastest cars on the track thanks to powerful, reliable engines and a slippery design. In 1969 Ford won 25 of 54 races, while sibling Mercury Cyclone won four. Shown is LeeRoy Yarbrough’s ’69 Talladega Torino. (NASCAR)

In 1969-70, the winged Plymouth Superbird and Dodge Daytona were other cars that did made NASCAR production mandates and were probably the only real “showroom legal” cars on the track out of these racecars in 1970. I remember seeing many on the streets and in 1970; they produced thousands of the winged Plymouth Superbirds, which were deadly fast on the superspeedways. Matter of fact, the first NASCAR race I ever attended in person was the 1970 Rockingham 500, and Richard Petty won in his winged Superbird.

So, unlike the winged MOPARS, the 1969-70 Ford Talladega was pretty much only available to the top race teams, and if you ordered one at the Ford dealership you were “shown” a similar model with a different engine, a 428 Cobra Jet and not the 429 Boss or the even more successful wedge design 427 that powered to the overall championship in 1970 with David Pearson behind the wheel. Bottom line? Ford did what it had to do, be it legal or illegal, and the record books just have the won and lost results. (I use www.racing-reference.info as my favorite results site.)

AFB and Edelbrock carbs, right from the boss himself

Q: Greg, are the current Edelbrock four-barrel carburetors similar to the Carter four-barrels that were common on muscle cars in the 1960s? I enjoy your columns very much and learn from them. Carl L., Binghamton, N.Y.

A: Yes Carl, the former Carter AFB (aluminum four barrel) is now owned by Edelbrock, and called the Edelbrock Performer series. When I spoke with the late Vic Edelbrock Jr. at a Performance Racing Industry show back in 2016, he told me the Carter AFB/AVS series was the carburetor that came on my ‘67 Plymouth GTX 440.

He explained that Carter designed the original “high performance” AFB in 1957 when they were supplying carburetors for Pontiac in its early racing days. All of the big Pontiac teams like Fireball Roberts, Marvin Panch and Joe Weatherly used these special AFB carbs as its race carburetor (both drag and oval), and then used a toned down version for the production line vehicles. However, as the inventor of the very first four-barrel, Carter four-barrels were first used on the 1952 Buick straight eight engine. 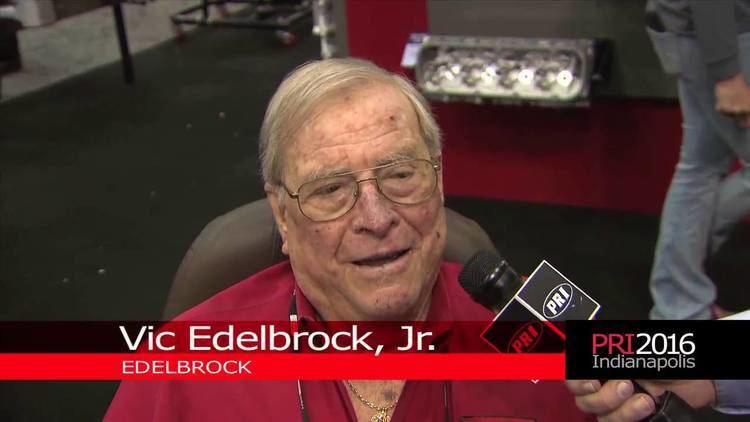 Vic Edelbrock Jr. discusses carburetors in this week’s column, specifically the Performer Series that was once a Carter AFB. Our author interviewed Edelbrock at the Indianapolis PRI Show in 2016. (Edelbrock)

With Holley dominating the modern day four-barrel market, I asked Edelbrock Jr. why he brought back the older AFB style when the Holley, in its many forms, was the best of the best when it came to racing and high performance.

Edelbrock explained that when the government clean air act hit in the 1970s, the radiator thermostats went from 180 degrees to 230, and this increased the under hood temperatures “way up there.” The zinc carburetor would sit there and expand and contract until it would finally leak internally, go terribly rich and this kind of killed Holley in that era, especially with OE (original equipment) vehicles. Edelbrock Jr. said he brought the Carter AFB back to production because it’s made out of aluminum, and thus dissipates the heat better.

“I remember Carter was scared to make them, but we (Edelbrock) got them to make some and everything worked out. The Carter carbs were then sold to Federal Mogul, and Carl Ichon was making a takeover bid, but he backed off. Webber USA made a deal with Federal Mogul and fixed that carb, and then we at Edelbrock bought Carter immediately and retooled it to our specs. It still works great today,” Edelbrock concluded.

Thanks for your question Carl and I hope you found out a few things about Carter and Edelbrock. 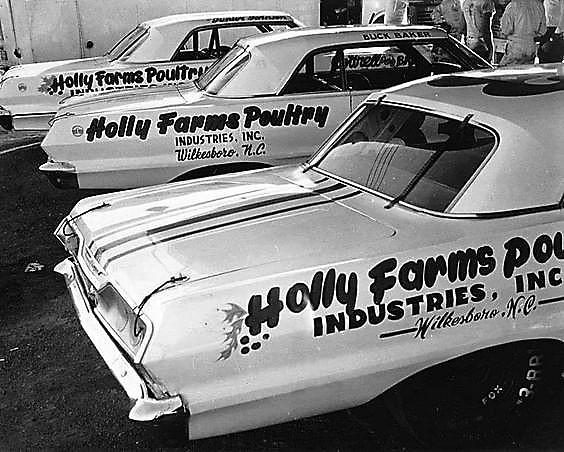 Ray Fox and Junior Johnson entered three Mystery Motor cars in a few 1963 NASCAR races. Shown here are cars driven by Buck Baker, G.C. Spencer, and Junior Johnson. Johnson won the Daytona 100-mile qualifying race, started on the pole, but fell to mechanical issues in the1963 500. Baker did not compete in a Chevy at Daytona, while Spencer finished 32nd and Johnson 42nd. (Junior Johnson collection)

Q: Greg, I’m an avid fan of NASCAR and have followed the sport since the very first Daytona 500. I remember you wrote a while back about the famous NASCAR Thunderbirds from 1958 and 1959 and were hardtops and convertibles at the same time. Could you buy these race ready Thunderbirds at the Ford dealer back then? Thanks, and I really enjoy your columns. Harry K., a baby boomer from near Watkins Glen, N.Y.

A: Harry, those 1959 race ready Thunderbirds you speak of were indeed available, but not directly from the Ford dealers. The legendary team of Holman-Moody receives credit for those T-Birds. They were pioneers for building the first race team Fords for the Ford Motor Company when Ford went “all-in” on NASCAR racing.

The Holman-Moody story starts earlier as in 1957, John Holman and Ralph Moody put their heads together and formed the soon to be famous Ford race car building company, Holman-Moody, at the Charlotte Airport business complex. With Ford’s blessing, Holman-Moody full size Ford NASCAR entries won its first races in 1957.

By 1958, those beautiful Thunderbirds were on the building jig in prototype form as a 1958 model, but still a year away from the track. However, the full size Holman-Moody 1958 Fords were entered in the last convertible race on the Daytona Beach Course, where good friends Curtis Turner and Joe Weatherly raced to a win and a third, respectively.  (This video is on YouTube by the way.)

Also, 1958 is the year Ford officially gave its official stamp of approval and full factory support to the team. This corporate backing found Holman-Moody building what we remember as a “dozen or so” 1959 Thunderbirds, all having the capacity of removing the top to compete in the convertible races and called “zipper-tops.” Although the 1955-1957 Thunderbirds bring the most bucks, there’s nothing like those 1959 NASCAR Thunderbirds for a great look back at Ford’s history. Thanks for your letter.

(Greg Zyla us a syndicated auto columnist who welcomes reader questions and comments on auto nostalgia, motorsports and collector cars at greg@gregzyla.com or at 303 Roosevelt St., Sayre, Pa. 18840.)