Pictured is Malcom Kalloway, who is on the card for the Nov. 26 “Homecoming” at the Best Western in Sayre, Pa. Provided photo.

On Nov. 26, at the Best Western in Sayre, Pa., Northern Tier Wrestling will be bringing their “Homecoming” event to the makeshift arena for an action packed show featuring WWE Stars and other NTW talent as they match off for an afternoon filled with fun for all ages. Doors open at 2 p.m. for the 3 p.m. show. Ticket price is $20 at the door.

There will be eight matches on this show including WWE Star Afa Jr. According to Jeff Thomas, NTW wrestler and whose wife, Nikki Baker, was noted as being instrumental in creating Northern Tier Wrestling, stated that Afa Jr. will be the one to watch for. 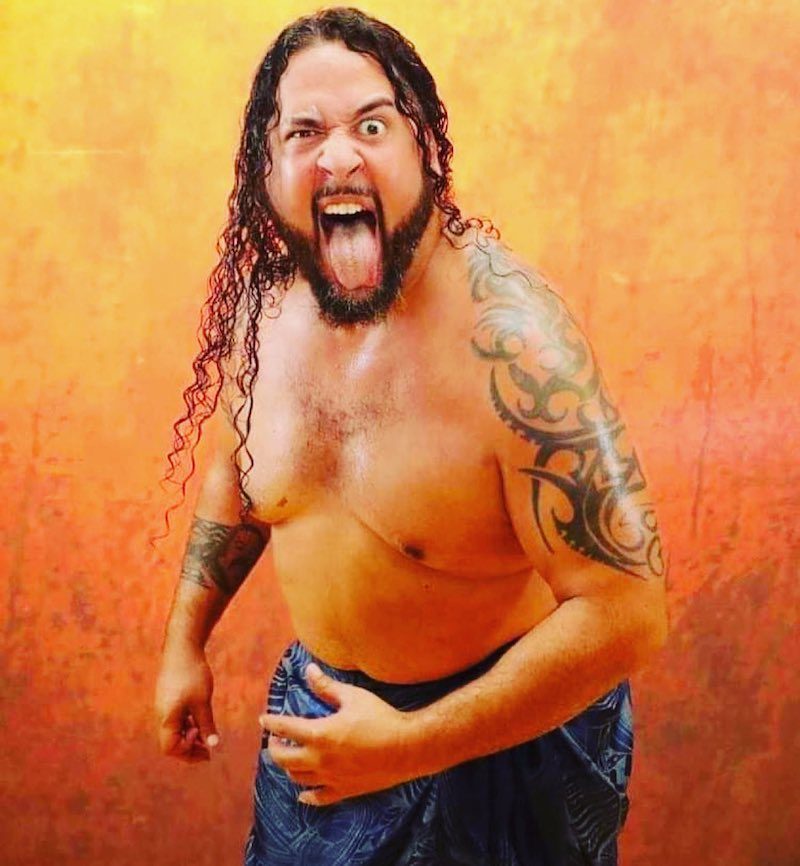 Featured at the Nov. 26 Homecoming event for NTW at the Best Western in Sayre is WWE’s Afa Jr., pictured. Provided photo.

“He is such an amazing talent, and we are so proud to be able to bring him to Sayre,” said Thomas.

In addition to Afa Jr. vs. Chris Chichester on the card is Heavyweight Champion Sean Carr vs. Mattick, The Top vs. Defiance AF for the tag team titles, Malcom Kalloway, Keebu Harris, and many more.

This is not the first time that NTW has been in Sayre; it’s just their first time back since the pandemic began in 2020.

“This is our hometown and we have dedicated it to ourselves to ensure that we have amazing wrestling right in our own backyard,” said Thomas.

Fans can expect plenty of action. Thomas nodded towards having a fantastic show planned; an event dubbed NTW’s Homecoming.

The athletes undergo extensive training at local wrestling schools and no one is able to enter the ring without it, Thomas explained of the caliber of show in store for fans.

“Wrestling is dangerous for non-professionals, so part of their training is to be as safe as possible while they are out there putting on the greatest matches that they can for the crowd,” he said.

NTW is made up of local talent, with some larger names stepping in the ring like WWE’s Afa Jr., who is on the card. Other wrestlers arrive from Sayre, Elmira, Binghamton, Syracuse, and other parts of Pennsylvania and New York State.

Thomas added, “We love highlighting our local grown talent for a few reasons, one being that it shows how realistic it is to follow your dream. Yes it takes hard work and dedication, but it’s very possible, especially with the amount of legitimate wrestling schools throughout New York and Pennsylvania.”

NTW, a Sayre, Pa.-based wrestling promotion featuring some of the biggest names in pro-wrestling as well as the stars of tomorrow, can be found on Facebook @NorthernTierWrestling.