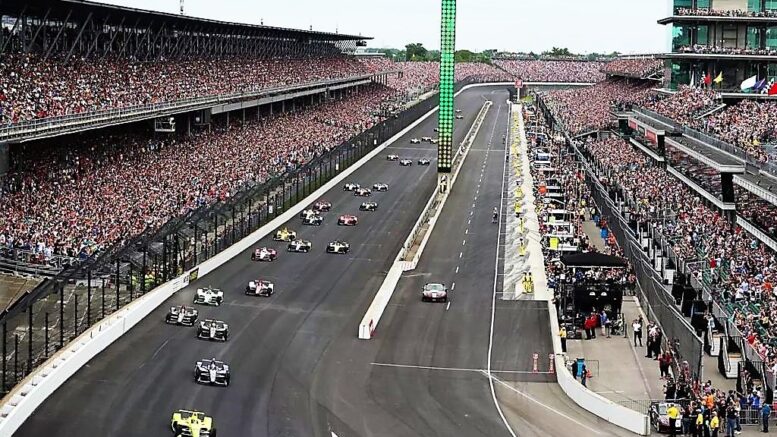 Auto racing will be faced with some major decisions in the near future. Political agendas and governmental influence that may not have materialized yet present crossroad decisions. Problems from electric car mandates to negative fossil fuel initiatives will force auto racing in all forms to take notice and start making decisions on its future success. This photo shows a packed grandstand of an Indy 500 event. (Compliments Indianapolis Motor Speedway)

Q: Greg I enjoyed your recent articles on motor sports and wonder if you can give us more of your opinions? Are you really concerned that a recession can knock out lots of sponsors and race teams? How about the smaller, non-professional race teams? Thanks very much. Gary L., Westerly, Rhode Island.

A: Yes Gary I am concerned.

Even though the big sanctioning body races survived the COVID 19 pandemic of “no fans in the stands” mandates, all sports were affected by the situation. I’m so happy that all the fans are back now without restrictions, resulting in happy sports fans. (Go Phillies!)

However, sometimes, the business side of motor sports is just as exciting as the action on the track, and that’s the area where I spent a good part of my time in racing as a Senior Editor for Performance Racing Magazine (PRI), the number one business racing organization in the world.

There, from 1986 through 2016, I interviewed hundreds of the movers and doers in the sport in a question and answer style interview that appeared monthly. From Roger Penske to Smokey Yunick and everyone in between, I had perhaps one of the most significant editorial jobs in motor racing and I thank the good Lord above for that opportunity (oh yes, PRI founder Steve Lewis too).

Please see www.performanceracing.com for information on how to help support and save auto racing from uninformed political influence that could hurt our sport. Seek the PRI Membership information that allows the racing community to showcase their passion and pride for the industry. By uniting the industry, PRI is actively working to address challenges and needs, such as providing support for racetracks to prevent them from closing, advocacy for the racing community against current legal threats, and educational programs that help businesses and racers succeed.

To get to your questions, there has never been a period that I recall where the big three, NASCAR, IndyCar and NHRA, are consumed in business situations ranging from the continual search for more sponsors to better TV ratings.

As the premier brand of quarter-mile drag racing, it’s no secret the sanctioning body is in a constant state of stress in the Pro and Sportsman classes. Purses are lower, sponsorship dollars for its top teams are tougher to attract, and the days of easily filling 16 car qualified Professional fields always seem in jeopardy or just plain fail to happen.

When it comes to NHRA’s three Pro classes of Top Fuel, Funny Car and Pro Stock, there are so many pieces to move on the NHRA “chess board” that I can honestly say the sanctioning body has lots of work ahead to strengthen the series. Much has to do with how it operates as a non-profit organization, cash flow, or lack thereof situations, and sharing more of the monies with the racers. Granted, the pandemic didn’t make things any easier, while high executive payrolls have a negative influence on the overall company operations.

I would hope NHRA could generate enough extra cash from its NHRA.TV streaming to help the pro and sportsman racers a bit more, but it’s easy to say and very difficult to do.

Bottom line? For how exciting watching a nitro methane funny car go from zero to 325 MPH in under four seconds in person is, it’s still a tough sell to television and Internet audiences.

Now on to NTT IndyCar.

NTT IndyCar needs fans in the seats, as it’s currently the best racing out there – be it street, road, or oval courses. The problem is the TV ratings aren’t that great. Something has to be done to put people in the stands at these events and attract new, younger fans. 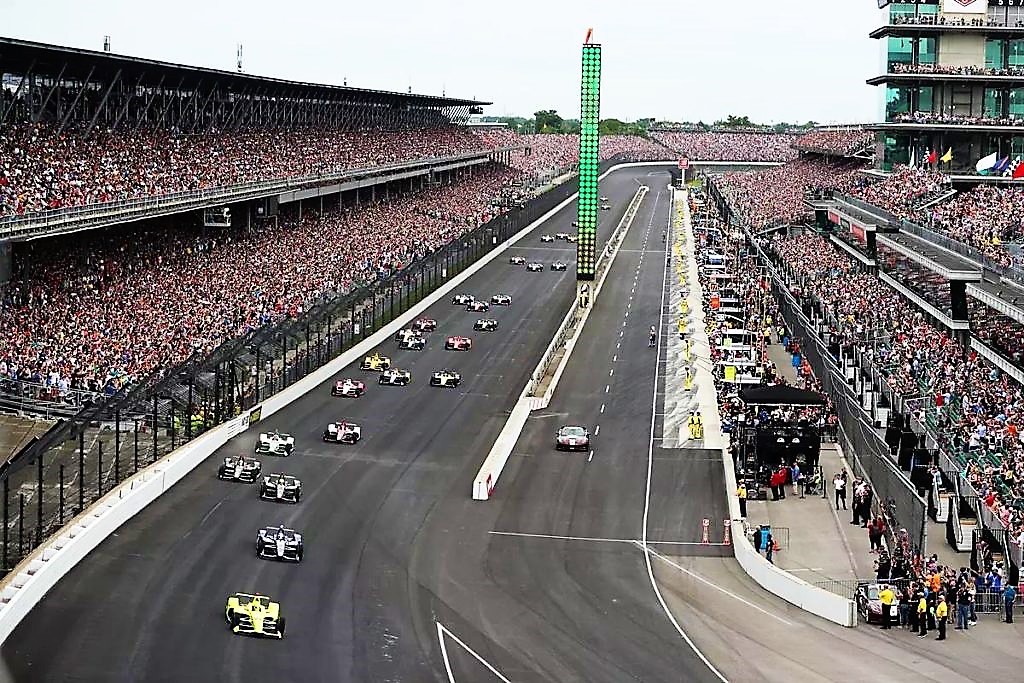 Auto racing will be faced with some major decisions in the near future. Political agendas and governmental influence that may not have materialized yet present crossroad decisions. Problems from electric car mandates to negative fossil fuel initiatives will force auto racing in all forms to take notice and start making decisions on its future success. This photo shows a packed grandstand of an Indy 500 event. (Compliments Indianapolis Motor Speedway)

Following the Roger Penske purchase of everything NTT IndyCar and Indianapolis Speedway, things have improved.  Here’s a crazy idea. How about an NHRA IndyCar Doubleheader? IndyCar and NASCAR have done it, and fans know IndyCar likes to do “double headers.”

So how about at least trying to introduce the two demographic fan bases to each other? I’ll let the logistics and fan movement from quarter-mile to Indy racecourse up to management, but I know I’d be the first to buy a ticket to see a professional nitro NHRA race along with a 300-mile Indy car event at the same venue.

As for scheduling, the IndyCar race could be run Saturday night or Sunday, following Pro qualifying. As for the racetracks, IndyCar already races at facilities that have adjoining NHRA dragstrips. This fan base can be shared immediately, increasing the strength of both organizations.

Once the IndyCar fans get a taste of a 3-second nitro run and the drag racing crowd sees the Dallara Honda and Chevy IndyCars go head-to-head, it’s got to be a win-win deal.

Which brings us to NASCAR.

Still the strongest of all sanctioning bodies, my NASCAR concerns are more political in nature. Is NASCAR now getting too “politically correct” in its current decisions? This all has me scratching my head as it sure looks like sponsor political opinions at NASCAR are regulating or influencing certain decisions.

As for the fans, many just don’t give a hoot or are not aware of current political influence on administration agendas.

I’ve applauded NASCAR many times in the past, but with this latest political atmosphere, I’m worried that one day in the future the pre-race Christian invocation and blessing by an area pastor, priest or minister might be deemed politically incorrect by a multi-year, big money NASCAR sponsor.

To me, this pre-race prayer for a safe event lifts NASCAR high above any of the stick and ball sports in this crazy era of being politically correct. I’m hoping the invocation part of the NASCAR races will stay put forever. (Well done, NASCAR.)

Today, it’s possibly going to get worse. The sanctioning bodies need to re-adjust ticket sale theories and employ new marketing plans to better unify with the current inflationary economy and “cash strapped” middle class fan base. Their “ability to pay” continues to get worse thanks to this inflationary period, and I’m hoping something on the positive side arrives to stop the financial deterioration.

It’s time for some serious realignment in both entertainment theory and racer participation. Throw in the electric car mandates and “eliminate fossil fuel” agendas, and it’s not a pretty picture down the road. Now is the time for some solid top management strategic planning, the latter hopefully non-political, as a recession/depression could be on our doorstep.

Now is the best time to start planning ahead in this dubious time of division and confusion.

Next week, we’re back to collector cars. I promise.

(Greg Zyla is a syndicated auto and motorsports columnist who welcomes reader input at greg@gregzyla.com.)

Be the first to comment on "Collector Car / Cars We Remember; Auto Racing could be in for ‘big trouble’ if current conditions don’t change"