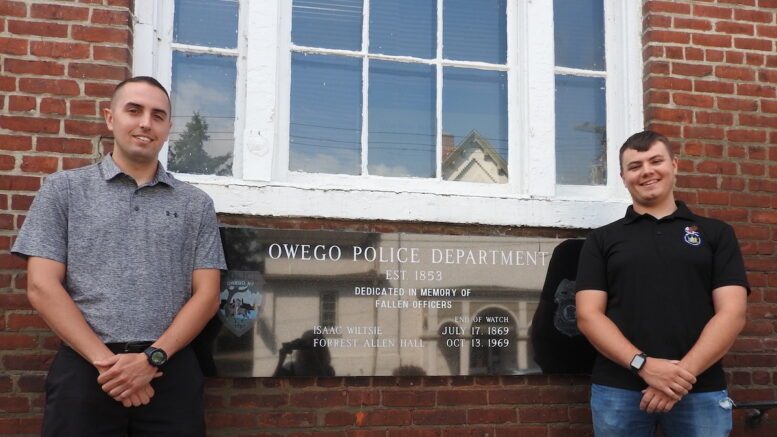 Pictured, from left, are Justin Ketchum and Nate Aurelio, two new officers at the Owego Police Department; they begin on Monday. (Photo by Wendy Post)

On Monday, July 18, the Village of Owego Board held a swearing in ceremony for two of the Owego Police Department’s newest members. Justin Ketchum and Nate Aurelio will begin serving the department on Monday, July 25.

Ketchum and Aurelio will spend a few weeks with the department in Owego before heading off to the Corning Police Academy for extensive training. Once completed, the two will head back to Owego and begin their new careers as law enforcement officers. 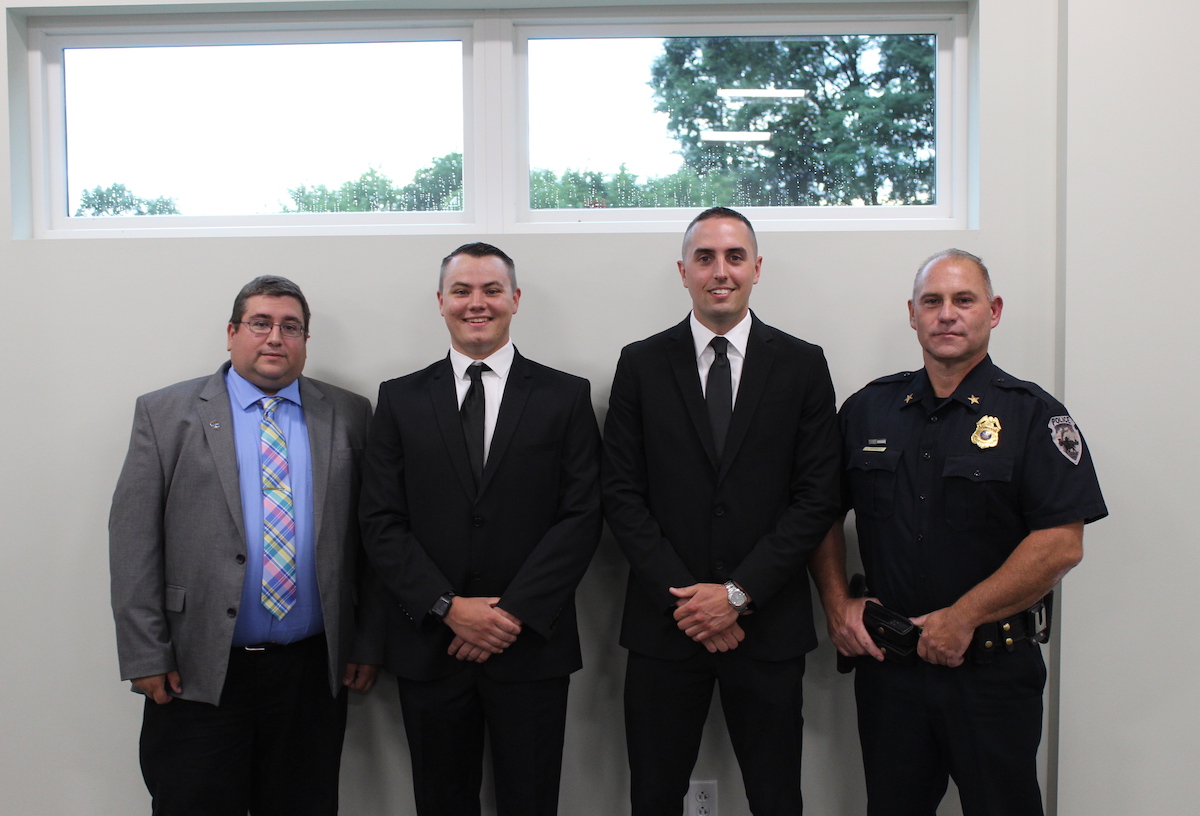 “Personally, I’ve always wanted to be an officer,” said Ketchum, noting that he watched one of his relatives complete the academy and was impressed.

For Aurelio, law enforcement is a career that he always wanted to venture into.

“Law enforcement is something that I have always been interested in,” said Aurelio.

Both Ketchum and Aurelio have been employed at the Tioga County Correctional Facility for the last two years, and are ready to venture into their new role in the community. 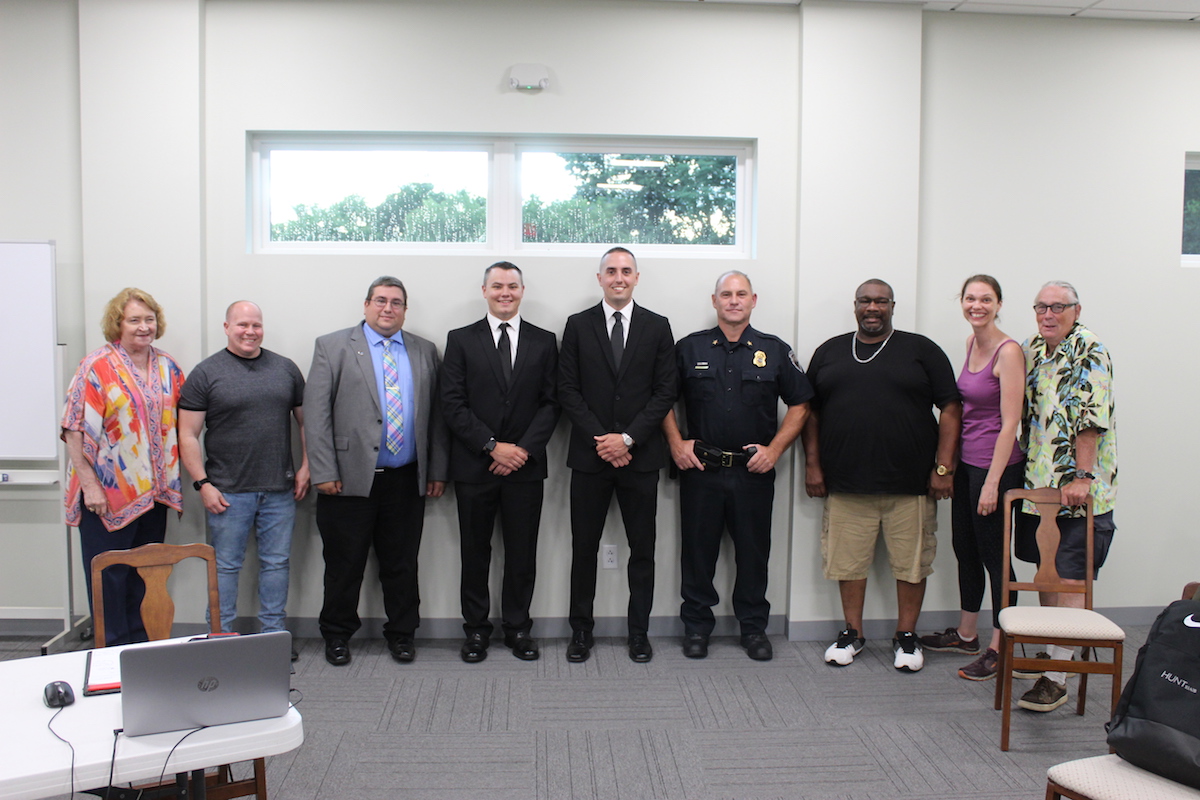 On Monday, the Village Board in Owego held a swearing in for Justin Ketchum and Nate Aurelio, who will be joining Owego’s Police force. Pictured, from left, are Trustees Fran VanHousen and Ron Pelton, Mayor Mike Baratta, Aurelio and Ketchum, Owego Police Chief Joseph Kennedy, and Trustees Charles Plater, Laura Spencer, and Rusty Fuller. Provided photo.

For Aurelio, he’s looking forward to community policing and getting to know the people in Owego; an area that he has grown fond of over the years.

Ketchum echoed this, stating that getting to know people certainly helps police officers to do their jobs.

Upon graduation from the academy, the Owego Police Department will have five full-time officers that have completed training on their force.