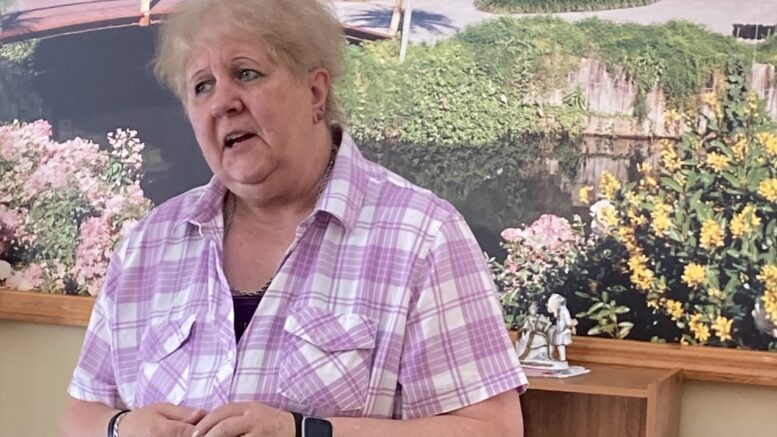 Father’s Day was celebrated on June 8 by the Athens Senior Citizen group during their luncheon meeting in the Airport Community Center Hall. President Ted Benjamin gave the invocation before they all enjoyed a dish to pass meal.

The meeting opened at 1 p.m. with 23 members present and three guests, Arwood and Gayle Parrish, and Cindy Estelle. Ginny Malone read the treasurer and secretary reports and all approved them. They had one June Birthday, Bill Wall, and one June anniversary, Ginny and Frank Malone.

Old news was the Valley Chorus concert on May 22 was a great show to attend this year. They received many wonderful reviews of the music selections.  Kevin Doherty directed, and Leslie Damiano was the accompanist. Watch the papers for the September start up practices for the Christmas concert.

Food vouchers forms for senior citizens can be obtained by email to program.intake@usda.gov or by calling 1-866-632-9992 for more information.

Ted and Patty Benjamin provided music during the June meeting. Patty did a skit for the Fathers with the Patsy Kline song “She’s Got You,” and Ted played a video he made of Country Music.

Sandra Keener made the Fathers some mini long john outfits that were created with two pairs of socks.

The July 13 meeting will be held at the Airport Community Center. Bring a dish to pass, tableware, and a drink. Coffee will be provided.