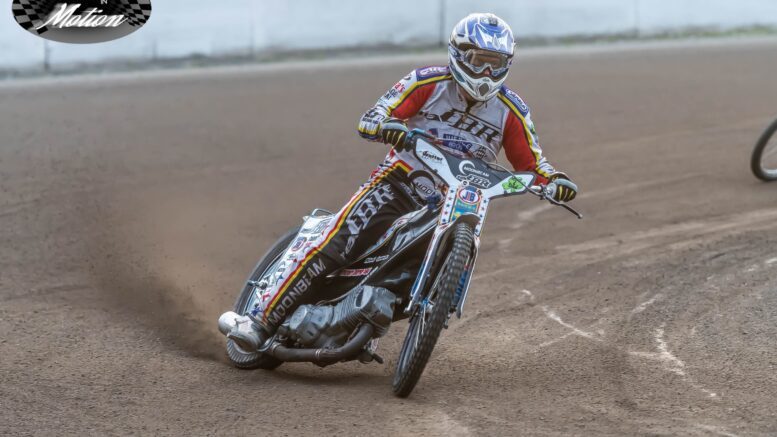 Champion Speedway’s 48th season kicked off on Saturday, May 14 with the Patrick Ahlund Spring Classic under unusually hot May temperatures. The racetrack had nice moisture though and fans were treated to some great speedway racing and the live music of Devon Lawton and the In-laws after the event.

Riders took part in both scratch and handicap racing throughout the night. In the scratch races all competitors start on the same starting line whereas in the handicap portion the faster, more experienced riders start further back in 10-yard increments.

Racers making it down to the two scratch semifinals were Len McBride, Adam Mittl, Caleb Stewart, Andy Kourafas, Spencer Portararo, Dave Oakden, Dalton Oakden, Mike Cortese, Alex Heath, and Trenton Lane. They would need to get 1st or 2nd place to transfer to the Main while 3rd and 4th would go to the last chance.

Portararo and Dalton Oakden would transfer from semi one with McBride and Stewart from semi number two. Dave Oakden and Adam Mittl had a nice battle in the last chance with Oakden coming out on top for the final position in the scratch main.

On the first try at the Main, McBride had used the outside on the first lap to work himself into the lead ahead of Portararo, who then hooked up on lap two and crashed, causing a restart and earning a ten-yard penalty. Dave Oakden would nail the start but it was not enough to fend off the current and five-time track champion, McBride, as he rode the wheels off his Jawa and quickly led the race to the first checkered flag of the 2022 season. 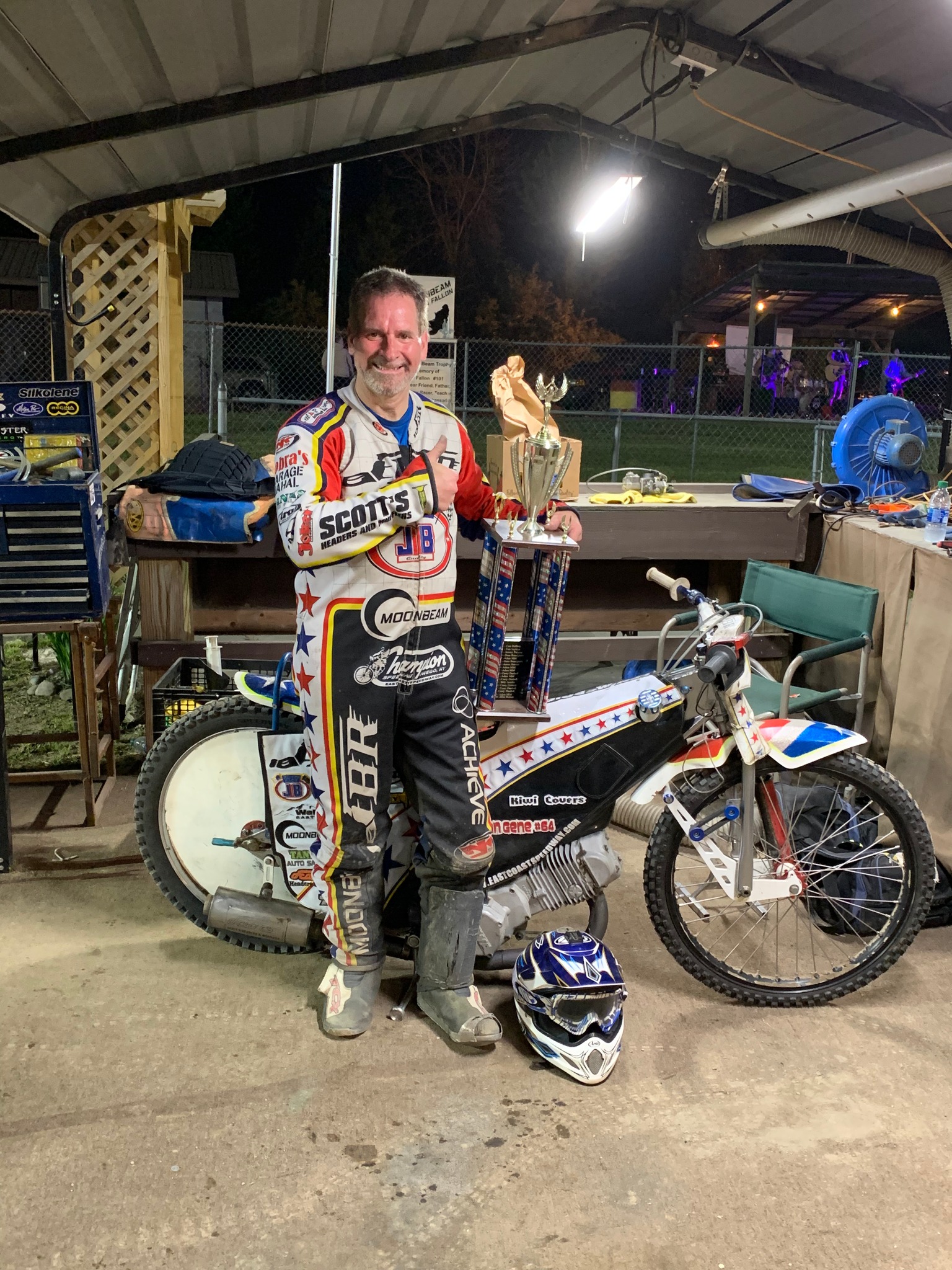 For the handicap races, the top three out of the two semis would make up the six-rider field for the final. Making their way through were McBride, Heath, Portararo, Stewart, Cortese, and Dalton Oakden. McBride would work off a 50-yard handicap, along with Portararo, and began picking off the lower yardage riders one by one on the first lap using his many years of track craft on both the inside and outside of the track. By lap five he had pulled even with Cortese and Oakden and split them coming off turn two heading into the final lap with a lead he never relinquished, which saw him complete a double main event win on the start of what is believed to be 39 years since his rookie year. An incredible accomplishment for the Windsor, N.Y. resident who ranks among the best all time riders from the East Coast.

The next event on the calendar is at Champion’s sister track, Action Park East, on Route 12 in Greene on Saturday, May, 28, which is part of a two day Championship dedicated to Meggan Hobart, a dear friend and member of the tracks for the last 15 years that lost her battle to cancer in April. The second day, May 29, takes place at Champion Speedway in the evening and promises to be an awesome show.

D-2 (We had an unfortunate crash involving four riders earlier. nobody was seriously hurt but guys got banged up a bit and bikes got bent and broke, which is why only two places show.) – 1. Levi Harris, 2. Brian McManamon