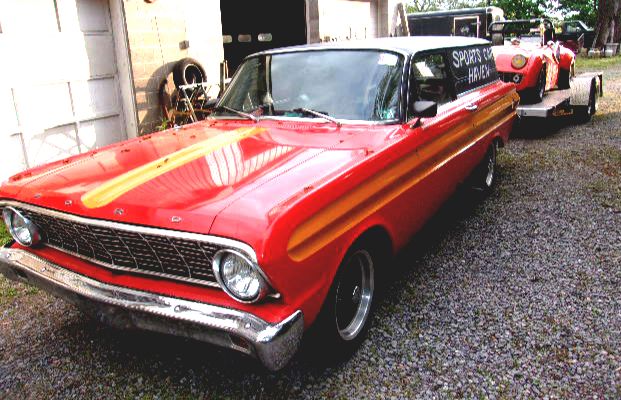 Q: Hello Greg, and thanks for your weekly columns. I loved your article on sedan deliveries in The Press Enterprise in Bloomsburg, Pa. I have included a picture of my 1964 Falcon that I bought in 1973 to haul my 1959 Triumph TR3 race car. I bought it because when I went racing and it was a two or three day event, I could sleep in the back of my Falcon Sedan Delivery.

My Falcon was a service vehicle for Sealtest, known for dairy products and ice cream. It was originally Wimbledon White in color with a 144-cubic inch 6-cylinder and a 3-speed manual. It was so slow I thought I would never get up the mountain on Route 42 to Aristes, Pa. My Falcon was bare bones with no passenger visor or armrest. There was no back seat, only a plywood shelf.

My Falcon now is powered by a 289-cubic-inch V8 with a 5-speed transmission. I have put over 100,000 miles on it, towing my racecar and picking up customer cars. I don’t have a lot of other pictures, as it was always just my work truck. 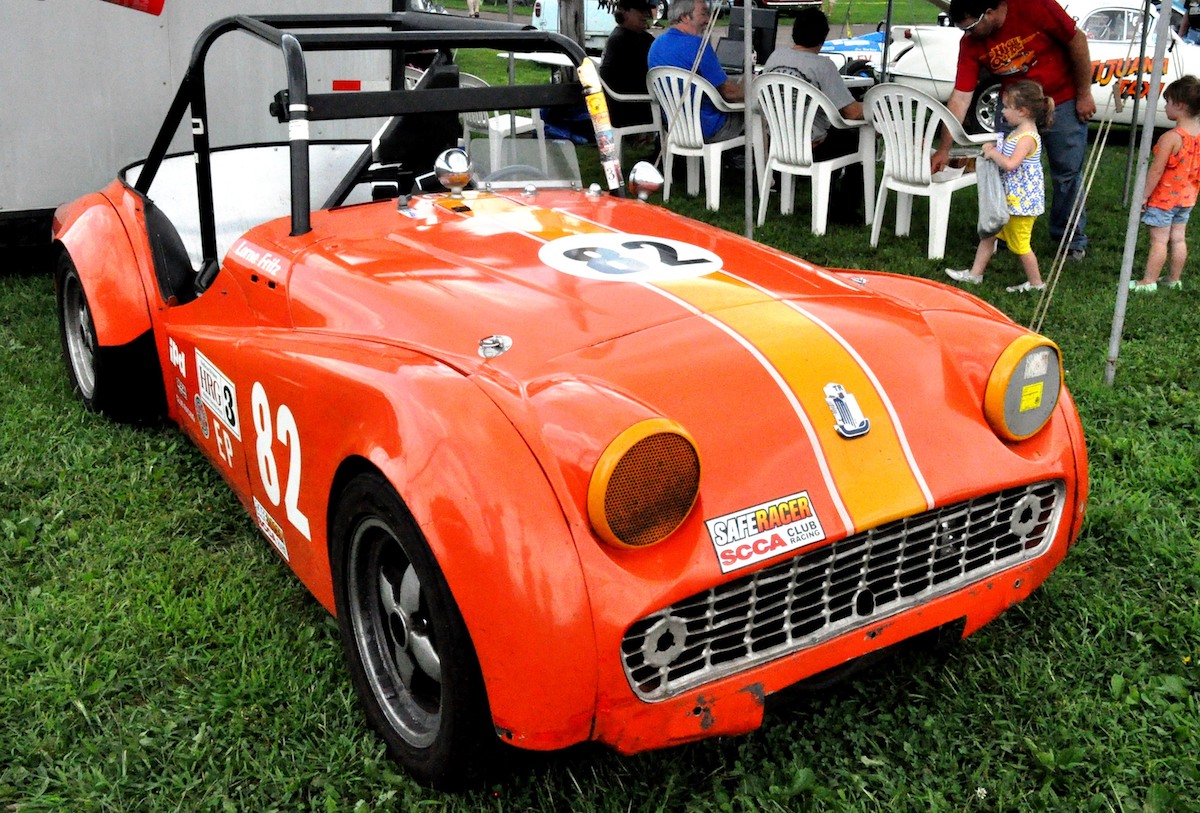 Close up of Fritz’s 1959 Triumph TR3 taken at the Bloomsburg Nationals car show a few years ago. (Greg Zyla Photo)

As for my collection of sports cars, I sold a red TVR last year but I have two others (I can’t have just one of anything), and I’m including a photo of the green TVR. I have another sedan delivery that might be of interest to you; a 1959 English Ford Thames and it belonged to a State Farm Insurance agent from Shamokin. I also have a 1967 Mustang GT convertible that was originally Nick Housenick’s personal car from Housenick Motors in Bloomsburg. I also have a lot of other interesting cars, all old.  I’m not at all interested in the new stuff available.

Here is the list of cars I own and only about half are currently drivable. Since I just turned 70 years old I decided that I was not going to get to restoring all of them, so I sold a few.

Remember also that even though popular in America, there have always been low production runs of the many great British sports cars. I’m talking about the Turner, Elva, TVR, Ginnata, and cars like that to name a few. 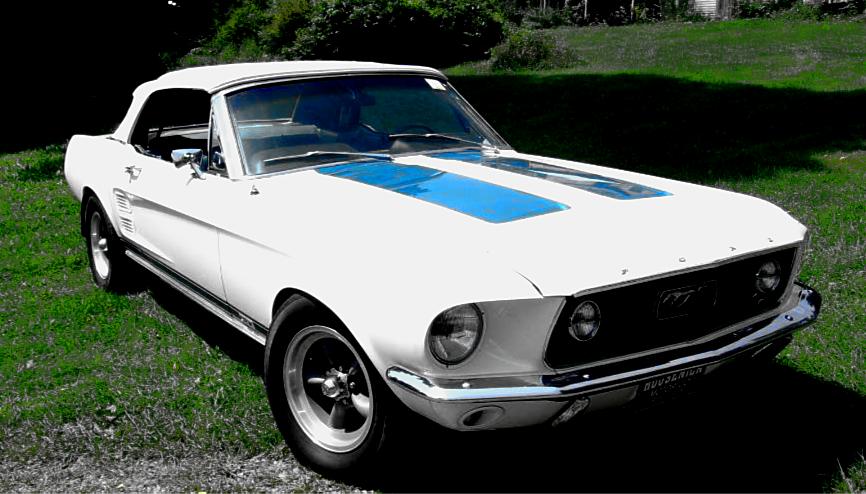 Another valuable vehicle in the Fritz collection is his 1967 Mustang GT convertible. The Mustangs from the Sixties are valuable commodities on the collector car circuit. (Fritz collection)

If you haven’t gone to Watkins Glenn for the vintage weekend in September, you should go. It offers enthusiasts a great opportunity to see all the vintage racecars and many photo opportunities. Thanks again for your interesting columns. Sincerely, Lorne Fritz, Danville, Pa. 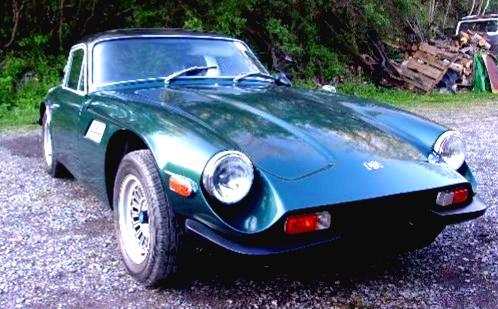 This green 1973 TVR is part of the Fritz collection. TVR manufactures lightweight sports cars with powerful engines and was once the third-largest specialized sports car manufacturer in the world. The abbreviation, TVR, stems from the name of the company’s owner, Trevor Wilkinson, and his first garage sporting the letters of his first name – T, V and R. (Fritz collection)

A: Lorne thanks so much for all the photos you’ve sent and your great letters. I am attaching the photos of your Falcon and a few others that go well with the column. I applaud you for keeping a great car collection made up of some interesting American vehicles and all the great British sports cars. Even though you’ve sold a few of them, your collection no doubt allows for both interaction with enthusiasts and an outlet for those who are looking for vehicles or original parts that may be hard to find. My readers can check Lorne’s homepage at www.sportscarhaven.com for more information.

As for the Watkins Glen vintage sports car racing weekend you mention, I do go every year to this event. It is sanctioned by the SVRA, a.k.a. the Sportscar Vintage Racing Association, now the biggest of all the vintage sanctioning bodies with 19 events scheduled across the U.S. for 2022. 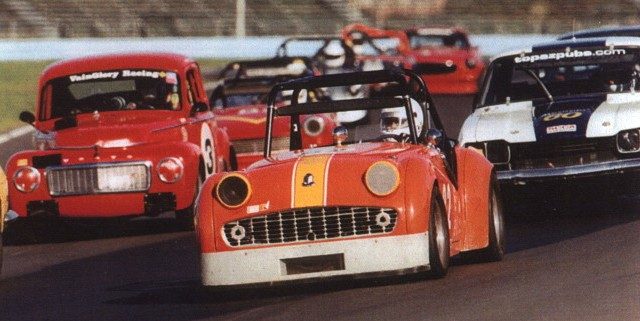 Lorne Fritz leads the pack at Pocono in his ‘59 TR3 racecar. (Fritz collection)

The SVRA is an American sanctioning body that supports vintage racing in the United States. The organization was organized in 1981 and regarded as the premier vintage racing organization. Founded by Tony Parella, he’s now its CEO and also a noted racer who competes in the events with his ’59 Corvette. I’ve had the pleasure of interviewing Tony back in 1982 for a racing business publication called Performance Racing Industry (PRI). I also interviewed him in the 1990s, when the SVRA had grown to its current premier status.

At Watkins Glen, SVRA’s event is called the Hilliard U.S. Vintage Grand Prix and this year again returns to the birthplace of North American road racing on Sept. 7 to 11. It is one of the largest vintage racing events in the country.

Paired with Friday’s Grand Prix Festival in downtown Watkins Glen, the Grand Prix weekend is a true celebration of the motor sport’s past, along with the hundreds of cars and people who have made it what it is today.

In addition to the Sportscar Vintage Racing Association (SVRA), the on-track portion of the weekend also includes the highly competitive Trans-Am Championship events. Check it out at SVRA.com for more information.

I recommend attending the 2022 Watkins Glen SVRA event or one of its other 11 remaining events on the 2022 schedule.

Thanks again Lorne for your letters, photos and kind words, and good luck this season. I’ll look you up at Watkins Glen and maybe we can get together with Tony and have lunch one day.

Be the first to comment on "Collector Car Corner / Cars We Remember; 1964 Falcon ‘tow truck delivery’ and lots of neat sports cars"