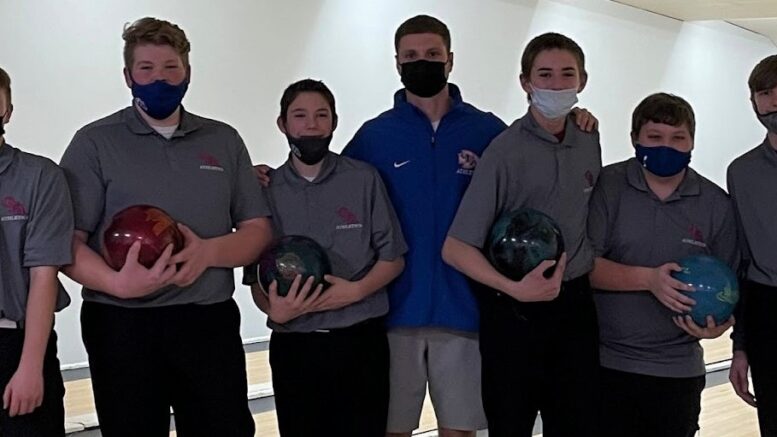 The Owego Free Academy Varsity Boys Bowling team has had reason to celebrate this month. The team captured the STAC Championship on Feb. 7, and then followed up with the Section IV Class B title on Feb. 18.

Coach Rusty Virkler remarked, “The Class B sectional title was a tough battle against some really good competition.”

Next up are State qualifiers, Virkler said, which are slated to take place on Feb. 26.

Virkler explained, “Currently we are in second place to Hancock. We have to bowl six games and out of nine teams competing, one advances,” adding, “Six games is high intensity, and I’m excited to see what we can do. I look forward to the opportunity to have a chance to qualify for states.”

The Indians season started on Nov. 29. Owego is part of the STAC Central division, and one of four divisions. The OFA team finished the regular season 10-0 in overall matches, and 48-2 in games. 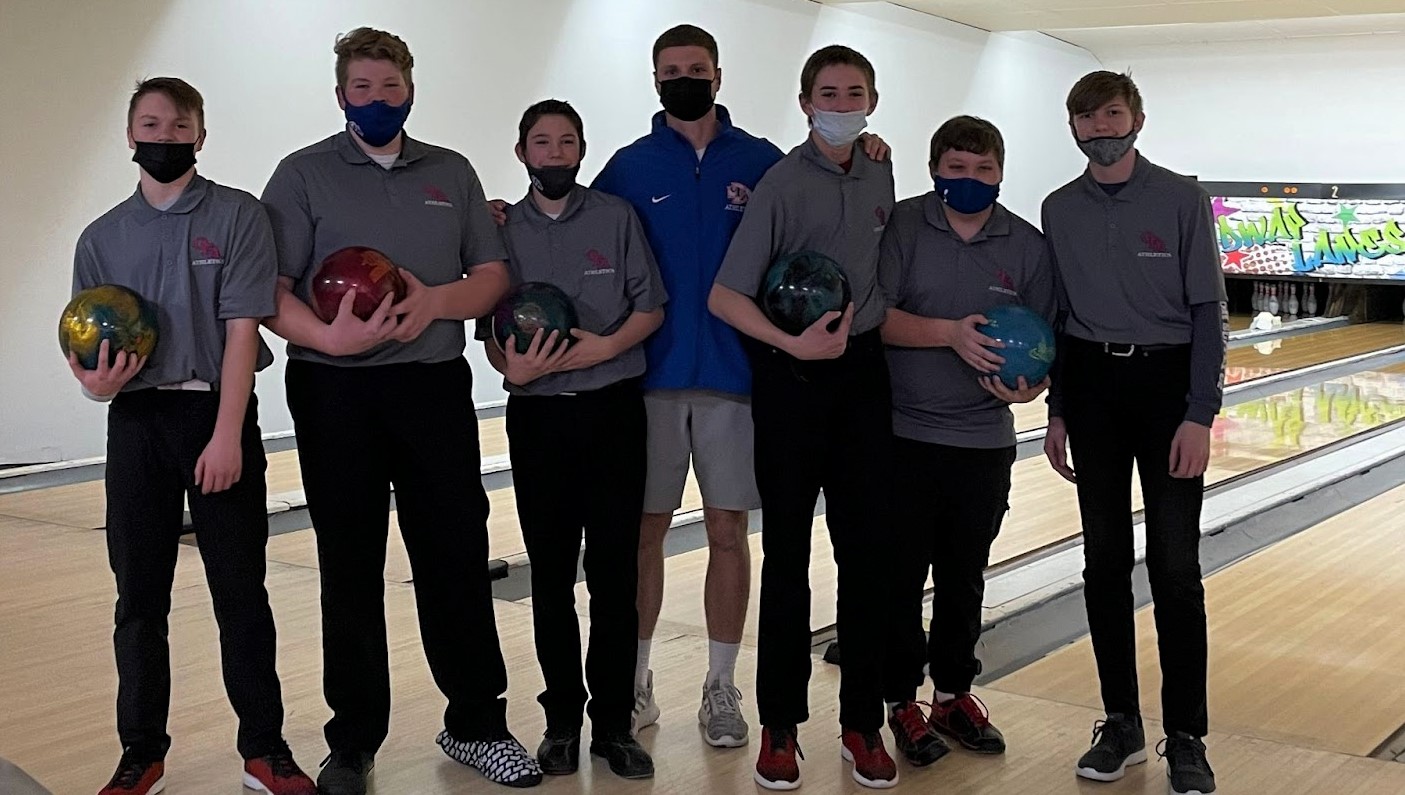 At STAC’s, Coach Virkler stated that an energized atmosphere contributed to an overall excellent performance by the OFA team.

Coach Virkler added, “The match came down to the last frame and our players were able to step up big time and perform in a pressure situation.”

Virkler noted that Tyler Taft finished with an 804 at STAC’s, which was the highest series at that tournament.

Moving on to Sectionals, Virkler explained, “It was an all-around team effort with five bowlers in the 600’s.”

As for the 2022 team, Coach Virkler explained that this season marked the first that this particular group bowled together as a team, although they had often played together on local leagues.

Virkler remarked, “Tyler Taft has been a part of the team since seventh grade,” and noting that Taft will graduate this year, added, “Losing Taft will be a big loss, not only from a bowling standpoint but from being a leader and role model for the team. Fortunately there are other bowlers who have stepped up this year and will play a larger role next year.”

Virkler continued, “I am excited for what the future holds for these players. As their coach, it has been an awesome first year! They all come in every day and put time into their craft while still having fun.”

Coach Virkler also thanks the Owego Fire Department and Owego Police Department for their “welcome home” escort through Owego earlier in the month.

Virkler exclaimed, “It was an awesome experience and I am very appreciative of them taking time out of their days to escort us back. It was a surreal moment, and I am very happy these athletes were able to experience that.”