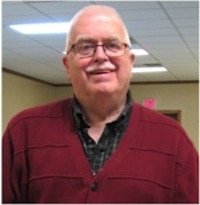 Pictured, Phil Jordan will be the featured speaker at the Candor Historical Society’s Monthly Talked, set for Wednesday, Oct. 27 at the Candor Fire Hall at 7 p.m. His talk will feature his police work and how he became involved in it, both locally and internationally. Photo credit: Carol A. Henry.

The Candor Historical Society is hosting Phil Jordan for a special talk on Oct. 27, at 7 p.m. at the Candor Fire Hall.  Always entertaining, come hear Psychic Phil talk about how he became involved in police work, locally, and how his work went national and international. He will review a few of the cases that were depicted on Court TV and the networks, with 20 episodes of homicide cold cases that he was instrumental in resolving.

Jordan, a Candor High School graduate, received his Associate’s Degree in the Arts program in Humanities and Social Sciences from Corning Community College in 1970, and a Bachelor of Arts Degree in Secondary Education, majoring in Spanish, from the State University of New York, Brockport.

In 1990, Jordan successfully completed his requirements for a Master’s of Science in Education from Elmira College, his thesis dissertation centered on the role of funeral services in the grief process. Currently he is Pastor-in-Charge of a small country church, the Caroline Center Church in Caroline Center, N.Y., having been ordained in 1988 as a non-denominational Inter-Faith Minister.

He graduated from the prestigious Simmons School of Funeral Services in Syracuse, N.Y. in 1988, and passed the requirements to be licensed as a New York State funeral director in 1989.

But there is more to Jordan’s credentials than his educational achievements. As a psychic, Jordan’s testimonial to his abilities goes back to 1975.

When a six-year old boy became lost in the dense woods of Upstate New York during a fierce August thunderstorm, several individuals remembered Jordan’s physic ‘gift’ and recruited his assistance. Within one hour after beginning his search, Jordan successfully led a search team to the frightened little boy who had been missing for 17 hours. He credits his success by using a map he’d envisioned the night before, and his mental capabilities to locate Tommy Kennedy, safe and alive, after 200 searchers were unsuccessful in their attempts. He totally credits the events of Aug. 4, 1975 to his psychic ability.

It wasn’t long afterwards that the Tioga County Sheriff had him sworn in as a Deputy to assist in other cases. He graduated from New York State Municipal Police Training Academy in 1976, and continues to work with the police agencies in all levels of government across the country. His cases include missing persons, homicide, and arson.

His investigative skills and unusual abilities have earned him respect throughout all the consulting police agencies. Many of his accomplishments and successes have been documented in television episodes on Court TV/Tru TV, Biography, A&E, and other major networks in the United States, Canada, Great Britain, Europe, and Africa.

Jordan is also known for his ‘readings”. You can visit his website at https://philjordan.com to find out more about his work and accomplishments.

With such a diverse and interesting background, Jordan’s talk should be just as entertaining.

The event is free and open to the public. Due to CDC COVID-19 restrictions, masks are required and there will be no refreshments served. For more information about this talk or other Candor Historical Society events, visit www.candorhistoricalsociety.weebly.com.