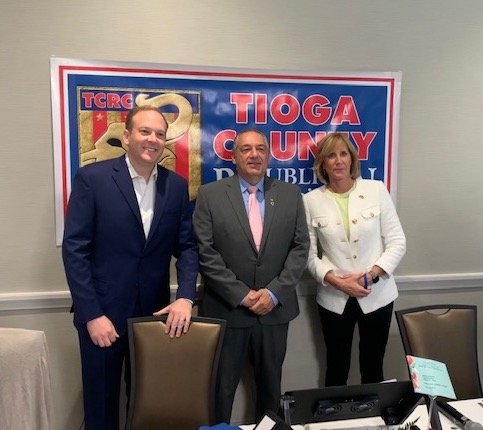 The Tioga County Republican Committee held their annual dinner on July 24 at the Tioga Country Club in Nichols, N.Y. Approximately 100 people attended the event and were able to hear from several prominent local and state candidates.

Senator Fred Akshar thanked everyone for their continued support over the past six years. He also introduced Binghamton’s Mayor, Rich David, who will be running for the 52nd District Senate seat in 2022. 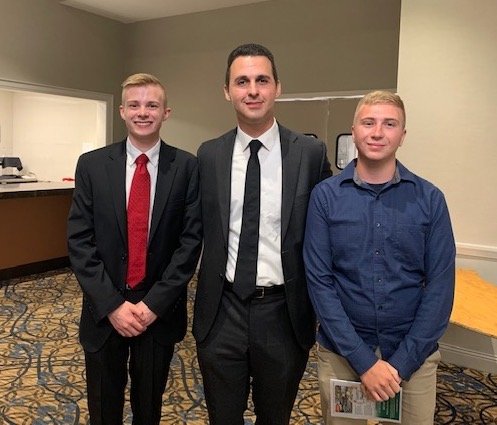 NYS Attorney General Candidate Michael Henry, from Queens, introduced himself to the attendees as well as NYS Supreme Court Justices Elizabeth Aherne from Tompkins and Patrick O’Sullivan from Madison.

A pre-dinner cocktail reception was held with Congresswoman Claudia Tenney. She updated attendees on national legislation and took questions. We were fortunate to have her perspective.

Lastly, the keynote speaker was Congressman Lee Zeldin. He shared his views on national and state issues. He laid out his vision to run for governor. There was a stark contrast between the failures of the last eight years and the positive initiatives Zeldin plans for the economy, security, safety and education.

Be the first to comment on "Republican Committee hosts annual dinner"