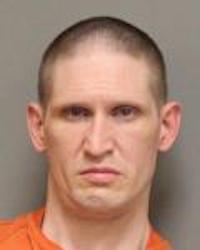 On March 18, 2021, the Tioga County Court unsealed an indictment against Anthony G.  Stutzenstein, age 40 of 19 Hart Rd. in Spencer, N.Y., and charged him with Murder in the Second Degree, a class A-I felony.

The indictment alleges that on or about March 6 and 7, 2021, that the defendant, Anthony G. Stutzenstein, recklessly engaged in conduct which created a grave risk of serious physical injury or death to a child that was less than 11 years old, and thereby caused the child’s death.

According to a press release received by the Tioga County District Attorney’s office on March 19, it is alleged that Stutzenstein assaulted his girlfriend’s child while watching him for several days, causing blunt force trauma that resulted in the child’s death.

The release continued to state that Stutzenstein then returned the child, apparently lifeless at that point, to the child’s mother in Ithaca, late on March 7.

A friend of the mother immediately called 911 and the New York State Police, and the Ithaca Barracks investigated.

Under the new, recently passed bail reform laws, those offenses are not qualifying offenses and he was released on his own recognizance on the drug indictment at that time.

Stutzenstein was remanded to the county jail, however, without bail following the murder indictment and continues to be remanded.