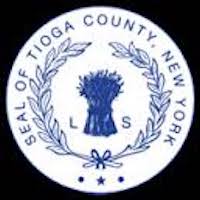 After reviewing the needs of the community, evaluating policies, involving the community, and conducting surveys and collecting comments, the Tioga County Legislature last Thursday unanimously voted to adopt the county’s Police Reform & Reinvention Plan. The plan, as proposed, will now be forwarded to the state, and where it is required on or before April 1, 2021 from policing communities.

For Tioga County, which has a population of approximately 49,000 residents, the Tioga County Sheriff’s Department has received Accreditation in the areas of law enforcement, corrections (jail), civil, and for E911 communications.

Some things that are being looked into by the sheriff’s office within the plan include the purchase of body cameras, and further and more extensive training in de-escalation and community bias. Much of what is needed, however, will require further funding, and will need to be proposed in any upcoming budget coming in from the sheriff’s department, according to the language of the proposed plan.

Another topic of discussion was mental health calls. The county will be looking at the use of iPads to communicate with mental health personnel when on such calls. This would allow for these professionals to connect with the deputies when they are out working within the community.

As for engagement, the Sheriff’s Department is involved in every aspect of the community, and provides services for events, venues, gatherings, and events for children, fingerprinting, and much more.

During the past year their visibility has been down because of the pandemic and cancellation of events, but during a normal year, according to the Legislative Chairwoman and others, the deputies are very involved in the community.

If you would like to read the proposed plan in its entirety, or view the survey and follow-up, visit www.tiogacountyny.com.