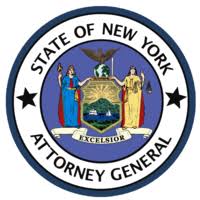 Last week, Congressman Tom Reed, State Senate Republican Leader Robert Ortt, and State Assembly Republican Leader Will Barclay joined together to highlight their efforts to secure justice for the families of New Yorkers who lost loved ones due to Governor Cuomo’s dangerous mishandling of the COVID-19 pandemic in our state’s nursing homes, according to a press release from Tom Reed’s 23rd district office.

During last week’s press conference, the group reaffirmed their call for the Biden Administration and Department of Justice to provide the public with answers and accountability through a full, independent, and fair federal investigation.

“We were honored to join Leader Ortt and Leader Barclay, who have been tireless advocates for those who lost a parent or grandparent because of Governor Cuomo’s disastrous nursing home edicts,” said Congressman Reed. “Today we demonstrated, in one clear voice, that there are leaders at the state and federal level who will not relent until we’ve secured justice for the people of New York.”

He added, “We urge the Biden Administration and Department of Justice – do what is right. You must show the country that your past commitments to impartiality, non-partisanship, and integrity weren’t just lip service. While New York Attorney General Tish’s bombshell report was a start, only a full and thorough federal investigation, including subpoenas, will expose the full extent of the state’s incompetence and lies.”

He added, “In the wake of the AG’s bombshell report, New Yorkers need to know that their public officials are being held accountable now more than ever. Since our colleagues in the Majority refuse to perform any meaningful oversight, we must turn to our federal officials for help. I am thankful that Congressman Tom Reed and our New York Republican delegation have answered our calls and joined us in the effort to make sure that a full, independent investigation is finally done. For the families of those who lost loved ones in nursing homes, please know that today is one more step towards accountability – but the path is far from over.”

“The Cuomo Administration hid the truth from the public. Through lawsuits, a legislative hearing, constant inquiries from families, media and lawmakers and an Attorney General investigation, they refused to tell the full story,” said Assembly Republican Leader Will Barclay.

He added, “Only after the AG’s report confirmed that the Department of Health underreported nursing home deaths by 50 percent did the governor and his team provide information. Now is the time for accountability. The Legislature should hold bipartisan hearings, using subpoena power, and the Department of Justice should expand its efforts to look into what happened here. We have a duty to get answers for more than 13,000 families who lost loved ones due to highly questionable decisions and what has been an ongoing cover-up.”

Last week, Congressman Reed joined with members of the New York Congressional delegation in a letter to Acting Attorney General Monty Wilkinson requesting the Department of Justice immediately issue subpoenas for Governor Cuomo, the Secretary to the Governor, the New York State Commissioner of Health.