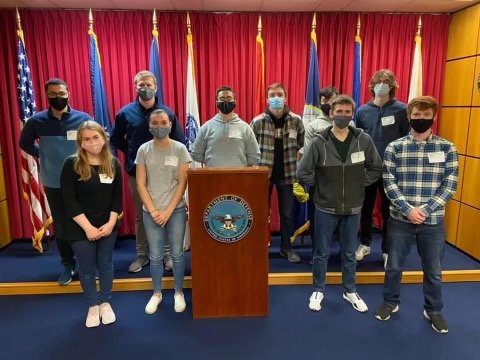 Beck is pictured at a swearing in ceremony in Albany. Provided photo.

Beckett Hafer, a 2019 OFA graduate, entered training camp for the United States Coast Guard in Cape May, N.J. on Dec. 1, 2019. As part of his goal to work in law enforcement, Beckett completed a semester at BCC in the criminal justice program before deciding to combine this with his love of the water and his desire to serve his country. Becoming part of the Coast Guard means ensuring that the U.S. maritime activities remain legal and safe, as well as saving people in resume missions, and requires first passing a rigorous basic training program combining physical requirements and academic training, along with learning key skills and knowledge needed in the field once they officially become a Coast Guardsman.

Normally an 8-week stint, the training camp was impacted by an outbreak of COVID-19 that sent more than half of the recruits and staff members into quarantine or isolation status, during which Beckett was lucky to remain COVID-free and healthy throughout. As a result, recruits were condensed into new companies to accommodate the loss in numbers and full training could not commence until Jan. 2. 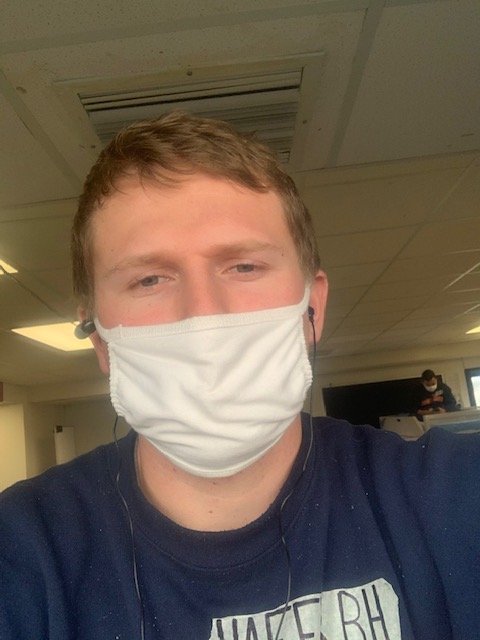 Beck is pictured in the barracks at the Coast Guard Boot Camp. Provided photo.

Recruits are restricted to communicating via mail, but due to the unprecedented impact of COVID, Beckett was able to call home the second week to inform his family of his health status, and again on Christmas Eve and New Year’s Eve. While physical training was on hold, the recruits were restricted to academic and skill training, which included salutes, vessel terminology, position of attention, and learning and understanding ranks.

Entering into the final weeks of training, Beckett will be receiving military gun training and marksmanship, physical training, and completing academic testing to line him up for his operations assignment where he will be shipped to after graduation.

He will receive his final assignment and prepare to move to his new post with in-depth, hands-on training of lines, knots, seamanship, fire prevention, deck maintenance, and other aspects of deployment on vessels, as well as CPR and first aid. Beckett is leaning toward a career as a Maritime Enforcement Specialist, and after graduation he will report directly to his first assignment either in operations ashore or afloat, where he will learn the specifics of his chosen path while patrolling the waters and performing special operations at sea. 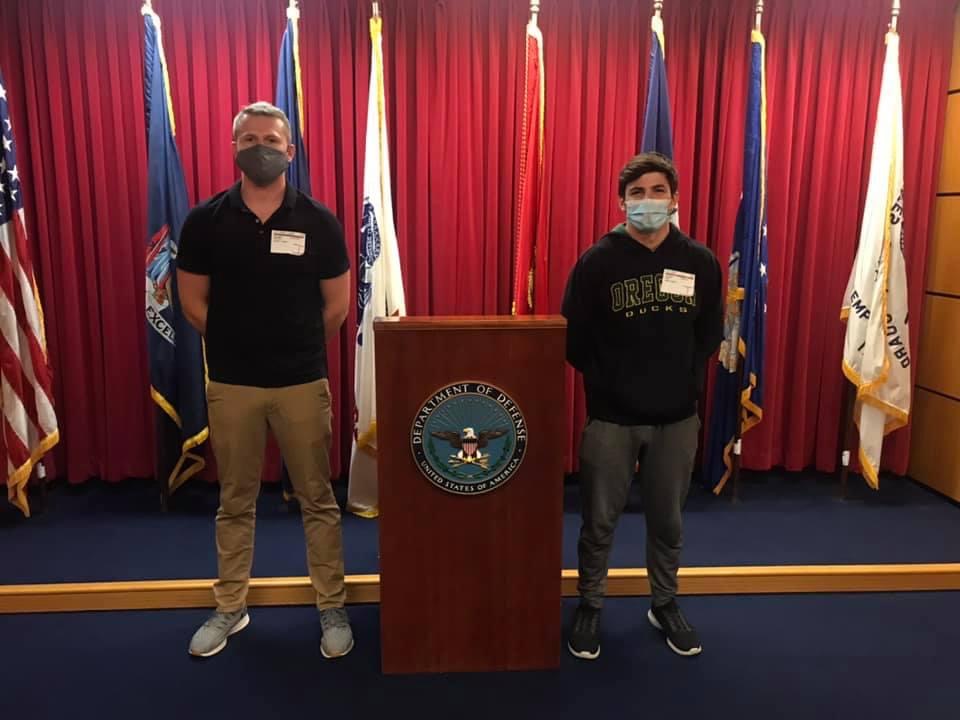 Beck is pictured at a swearing in ceremony in Albany. Provided photo.

If they are able to continue training without another quarantine interruption, Beckett expects to graduate from training camp on Jan. 22. Initially, his recruiting class was going to march in the inauguration parade for President-Elect Biden, but this will be determined. In order to mitigate the risk of spreading COVID, graduation ceremonies are closed only to the recruits and staff, with the potential of a livestream viewable on the USCG Facebook page.