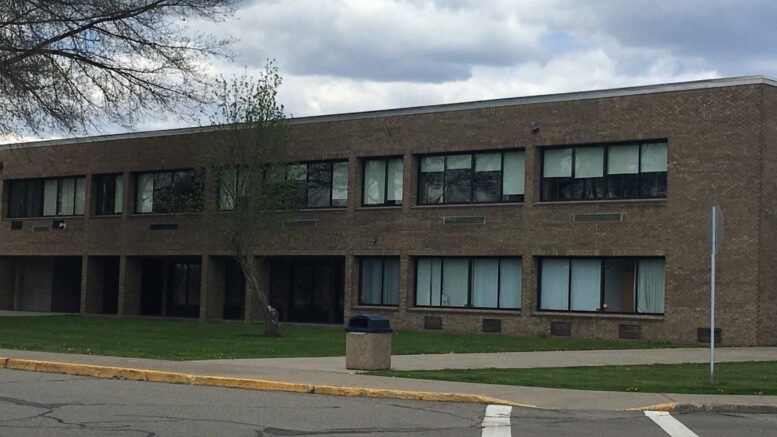 Alyssa Bryant has looked forward to being a senior since she started high school. She remembers being a freshman, chattering excitedly to her friends about their dreams for their senior year. “Now,” she says, “my best friend is going [to school] opposite days from what I do.”

As a student at Owego Free Academy (OFA), Bryant has been attending school virtually for close to nine months now. Instead of the senior year she dreamed of as a freshman, this year has been defined by Zoom classes, taken from her kitchen table.

When I talked to her, she was sitting in front of her computer, the wall behind her lined in small blue lights.

“The teachers and the students have done a good job of making it fun,” she said. Still, “I don’t even think we realized how exciting it was to go to school. I didn’t realize.”

As the COVID-19 pandemic has revolutionized our society, the ‘traditional’ high school experience has disappeared. At OFA, students are split into two groups, red and blue. The red group attends school on Monday and Thursday, while the blue group attends on Tuesday and Friday. At all other times, they are learning virtually.

Teachers must simultaneously teach students in both places, and students have to balance responsibilities at home with their learning at school. This shift in education has had notable ramifications for students’ ability to focus, to make relationships with teachers, and to maintain relationships with each other.

Jayden Ripic, a senior at Owego, says “a lot of the hardships come in with a teacher trying to teach a group online, as well as right in front of them in their classroom at the same time.” Virtual students struggle to be noticed without interrupting the in-person conversations.

It becomes even harder during group projects. For these, students are split into virtual ‘breakout rooms,’ which divide a video call into small groups. Teachers can only be in one group at a time. “If you have a question for the teacher, that your partner may not know, you can’t ask that.”

“It’s become almost like a business. Like you’re a client, and they’re offering a service.” Ripic says that it’s difficult to make real relationships with your teachers. While in the past students might have spent free periods in a favorite teacher’s classroom, it’s harder to spend that time outside of class with teachers now.

Hunter Wuerthner, also a senior at OFA, agrees. “A lot of the time you’re not even talking to the teacher. Unless you already knew the teacher and you’re already personally close – there isn’t any relationship.”

Still, things have changed significantly since April. “It’s nice that we don’t have to be all virtual anymore. We do get that opportunity to have some amount of normalcy,” says Ripic.

“In April, nobody really knew what they were doing,” Wuerthner says. “It was pretty much a six month summer.”

Especially in project-based classes like music, labs and art, teachers have had to find creative ways to teach their students. Bryant now has a ukulele lesson where chorus would once have been. Ripic is at school on Wednesday afternoons for music classes, and says that he has become a “lab leader” for his AP Biology class. He and three other students do the labs in person, while their classmates watch from home and keep time and other measurements. This can be stressful.

“For the people that are there, it’s very difficult to do those labs with just one person, especially with the time constraints,” he says. “A lab leader might be so stressed to get the lab done, that they might not even understand what they’re doing.”

The unique challenges of Zoom class are not limited to these. Many students struggle to stay focused during zoom classes.

“There are so many distractions being at home. Having a sister who’s on a different schedule than I am. She’ll want to come in and talk and I can’t talk,” Bryant says. “By the last class of the day, I’m very tired. It’s strange, because I haven’t really done anything. It’s because I’ve been online all day.”

Ripic has to take care of a younger nephew during the second half of the day.

“I have a nephew, and he can’t move his arms,” he says. “The elementary school ends at 1:15, and we end at 3:45. He comes over to our house after school. With him, sometimes needing me to do things for him, or just making noise, it gets kind of difficult to focus.”

The social part of high school has also been affected. Bryant says sometimes she realizes that, “I forgot this person went to our school. I haven’t seen them since March.” She’s learned how to adjust her social life for quarantine, saying that, “small friend groups are better than bigger friend groups.” It’s a point that all the people I interviewed seem to agree with.

Ripic feels the loss of fall football. “It was going to be my senior season. We were going really strong – this was going to be our chance to prove what we had been working for all these years.”

Without regular face-to-face contact, social media has taken on an even bigger role in connecting students.

“It’s become a lot more active,” says Thaddeus Robertson, “You’re getting judged a lot more off what your social media looks like now.”

Wuerthner agrees. “It already had a huge impact before, especially on teens, and it’s only made it worse.”

Bryant sees some positives in the changes.

“If you really want to have memories, you’ll make them,” she says. “It makes you so much more thankful for everything. Being at school with your friends, sitting through sporting events, going to pep rallies with your friends.”

She is hopeful for the future, and hopeful that her class might be able to graduate in person in June.

“Even though COVID has taken our year, we all still plan to get the most of our year,” says Wuerthner.