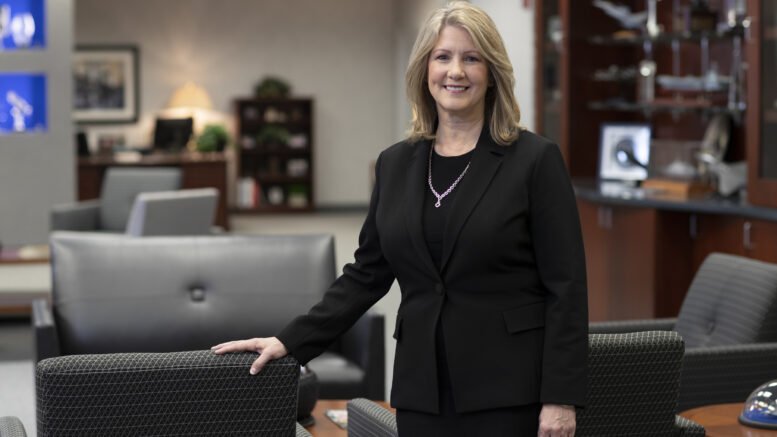 Michele excelled in high school sports, too, including track and field, basketball and field hockey.

Jim Raftis, Sr., a long time Owego resident, recalls that his daughter played on Michele’s field hockey team. At the time, Raftis was broadcasting high school sports on the radio.

Raftis reminisced about a coach pointing out, “J.R., you’re not covering girls’ sports on the radio.”

Raftis said from that day on he covered and had girls sports on the air. He also remembers Michele’s parents, Julia and Joseph Marzo, as devoted attendees anytime one of their children played sports.

Michele did the same for her own family, and as her obituary shares, “She was a mainstay at football, lacrosse, and basketball games, reveling in her sons’ successes.”

From a Lockheed Martin remembrance piece, Michele was quoted as saying she always knew she would be an engineer. The sixth of seven children, she had a love for math and science and mentioned that mechanical engineering had been a natural career choice. 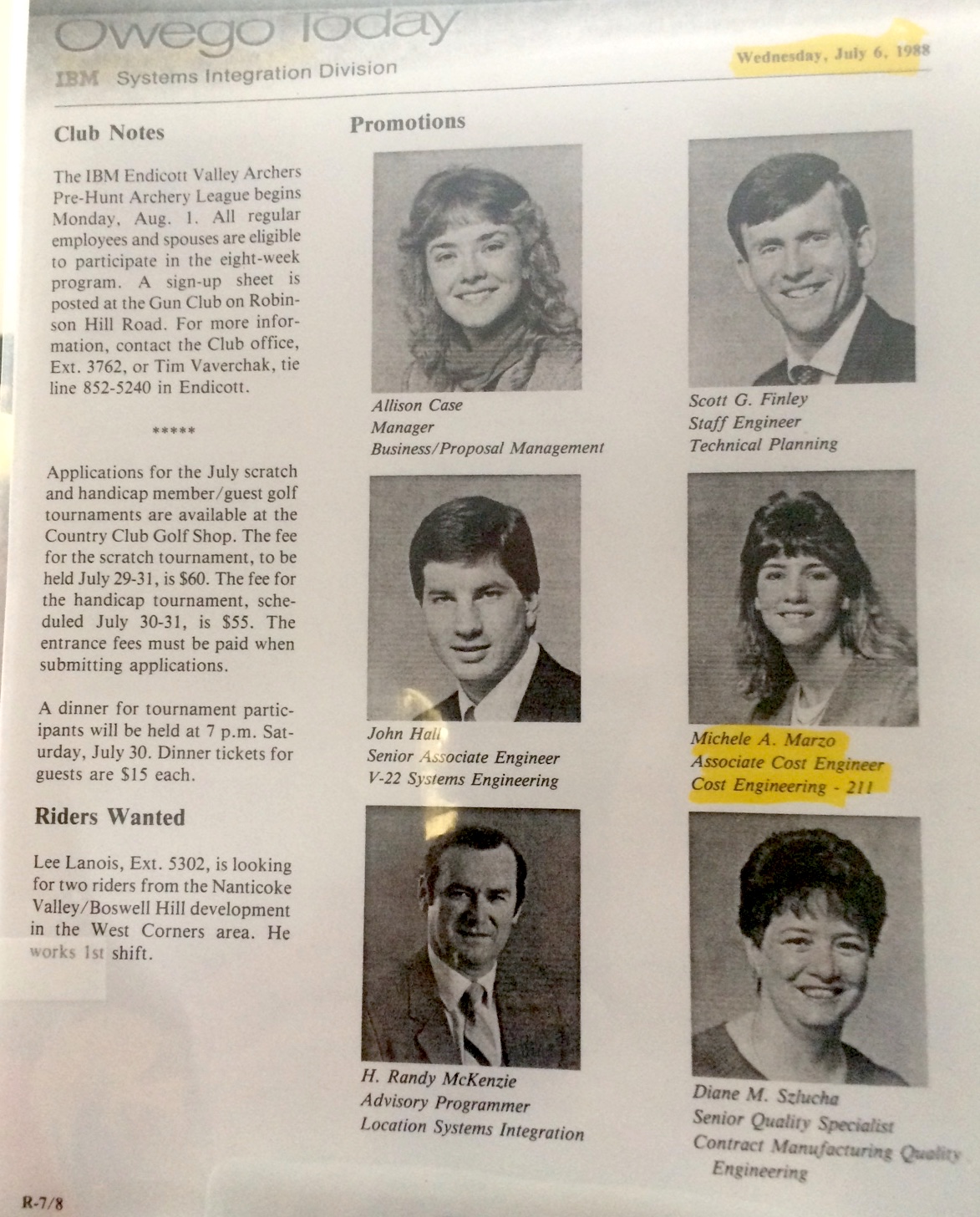 Michele (Marzo) Evans’ promotion to Associate Cost Engineer on July 6, 1988 ran in “Owego Today,” a newsletter published at that time by IBM Systems Integration Division (pictured). This marked Michele’s first career promotion after her graduation from Clarkson University in 1987, according to colleague Scott Armstrong. (Photo courtesy of Scott Armstrong)

Evans embarked on a compelling career, and where she garnered admiration as a respected business leader. The remembrance piece shared, “The influence and impact she had on this business, and its people, will be felt for years to come.”

Evans’ career began at the former IBM-Owego, and where she was one of the few female engineers at the company back in the late 1980’s. Most recently she held the role of Executive Vice President of Lockheed Martin Aeronautics in Fort Worth, Texas.

Evans’ obituary mentions, “She was a stalwart in the industry, shattering the ‘glass ceiling’.”

Lockheed President and CEO, James Taiclet, shared in a statement published on the company website, in part, “The entire Lockheed Martin team was saddened to learn that Michele Evans passed away on New Year’s Day. Throughout her career, Michele led some of the most important programs that ensure the security of our nation and its allies and help make our world a safer place.”

Evans had remarked in one of her first web casts as Aeronautics V.P., and according to the remembrance piece, “Long after I am gone, I hope people will say I had an impact on them as leaders, that I was a thoughtful mentor, and that I was someone who lifted others up.”

Evans’ 34 year career in the defense and aerospace industry encompassed working with both commercial and international military customers, along with leading programs in support of the U.S. Air Force, Army, Marine Corps and Navy. She was responsible for multiple platform programs such as the A-10 weapons system, and the avionic programs on the C-130 and F-35, just to name a few. 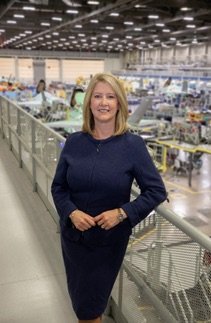 Owego native Michele Evans passed away from cancer on Jan. 1. She was most recently serving as the Executive Vice President of Lockheed Martin Aeronautics in Texas. She will be remembered for her leadership, her charitable heart and personable nature, and the time she took mentoring young people. Michele is survived by her husband, two children, and an extended family. A funeral was live streamed on Jan. 7 via Estey, Munroe and Fahey Funeral Home. Her final resting place will be at Evergreen Cemetery. (Photos courtesy of Lockheed Martin)

Evans’ leadership growth within the company included vice president and general manager roles in the Rotary and Mission Systems business area, as well as C4ISR and the Mission Systems and Training organization, among others.

The early years of Michele’s career helped shape her commitment in promoting and supporting an environment of diversity and inclusion. She served as the executive sponsor for the Women’s Impact Network (WIN), as well as served on the boards of the Smithsonian National Air and Space Museum, Girls Inc., and was a member of Clarkson’s Coulter School of Engineering Advisory Board.

Noteworthy is Girls Inc., where Evans used her experience to mentor young girls in underrepresented areas and encouraged them to pursue studies in STEM. The remembrance piece recognized Evans’ personal commitment, where she purchased dorm supplies for first-time college goers and hosted social media Q&A’s to inspire young women to aim high.

Evans is said to have challenged senior leaders and others gathered at a WIN conference in 2018 to, “Reach out and find a woman who needs your advice and can benefit from your experience. Don’t wait for the request. Make the offer.”

Marcia Stuart Ceplecha, vice president and deputy general counsel at Lockheed Martin Aeronautics in Fort Worth, Texas, and a colleague of Evans, commented, “We are all saddened by the loss of Michele. She was a wonderful mother, leader, friend and colleague. She was an inspiration and a role model, and especially to the women of Lockheed Martin,” and continued, “She was a culture change champion and led the way in ensuring an engaged workforce. I was very lucky and privileged to have been able to serve with her and work together on critically important programs and projects.”

Michele had candidly remarked in another WIN session about the balance of being a working parent with a demanding career, stating, “One of my core beliefs was that if I failed as a parent, none of my other accomplishments mattered. You must draw your lines, and you have to find people in your life who will honestly tell you when you need to rebalance.”

Michele’s family shared in the obituary, “She provided a mother’s most precious gift; the gift of kindness, compassion and love.”

Her family also shared, “Her journey is not complete. Her leadership acumen and giving spirit will live on. She exuded a gentle warmth in a personal life that took place, for the most part, in the town and village she adored, Owego.”

You can read Michele Evans’ full obituary at https://emfaheyfuneralhome.com/tribute/details/1015/Michele-Evans/obituary.html#content-start.

Be the first to comment on "An enduring legacy "