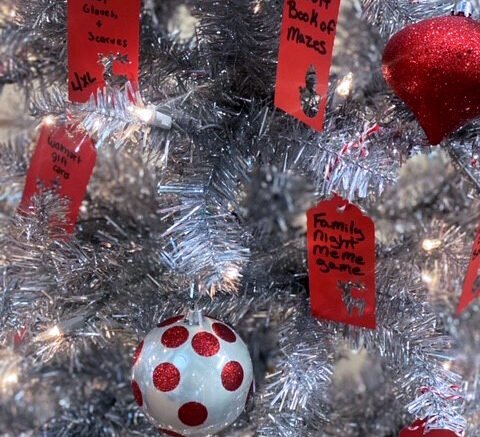 Visions’ Binghamton East branch gave back to the community with a Giving Tree that was located in their lobby from Dec. 14 through Dec. 22. 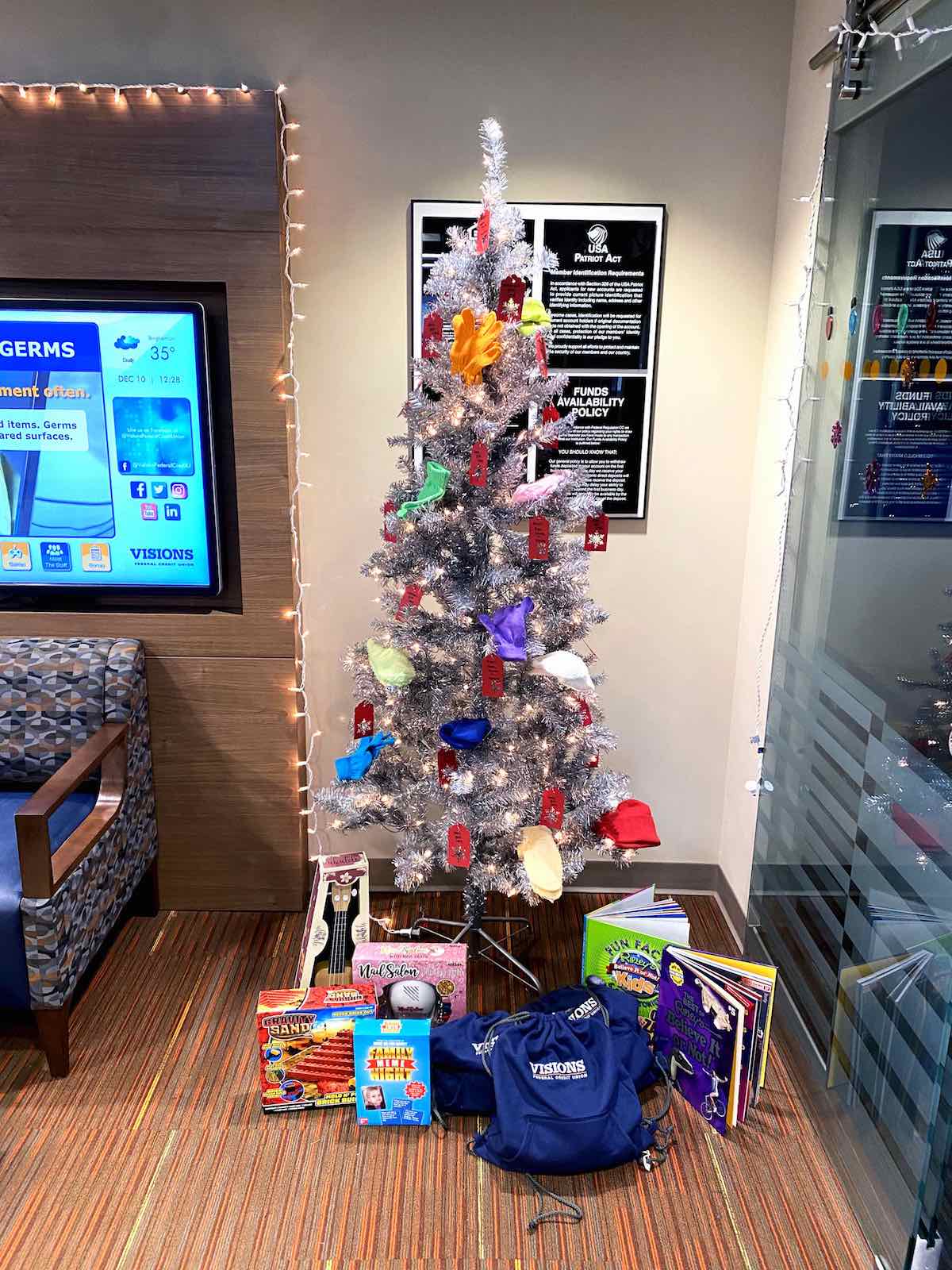 The Visions team decorated a tree with special tags listing available holiday necessities. Members in need were invited to discreetly pick a tag and redeem it with a Visions employee to receive the item listed.

“This year has been challenging for many people in our community. Our team at the Binghamton East office wanted to do something special to give back to our members and their families during the holiday season,” said Nicole Mariani, branch manager. 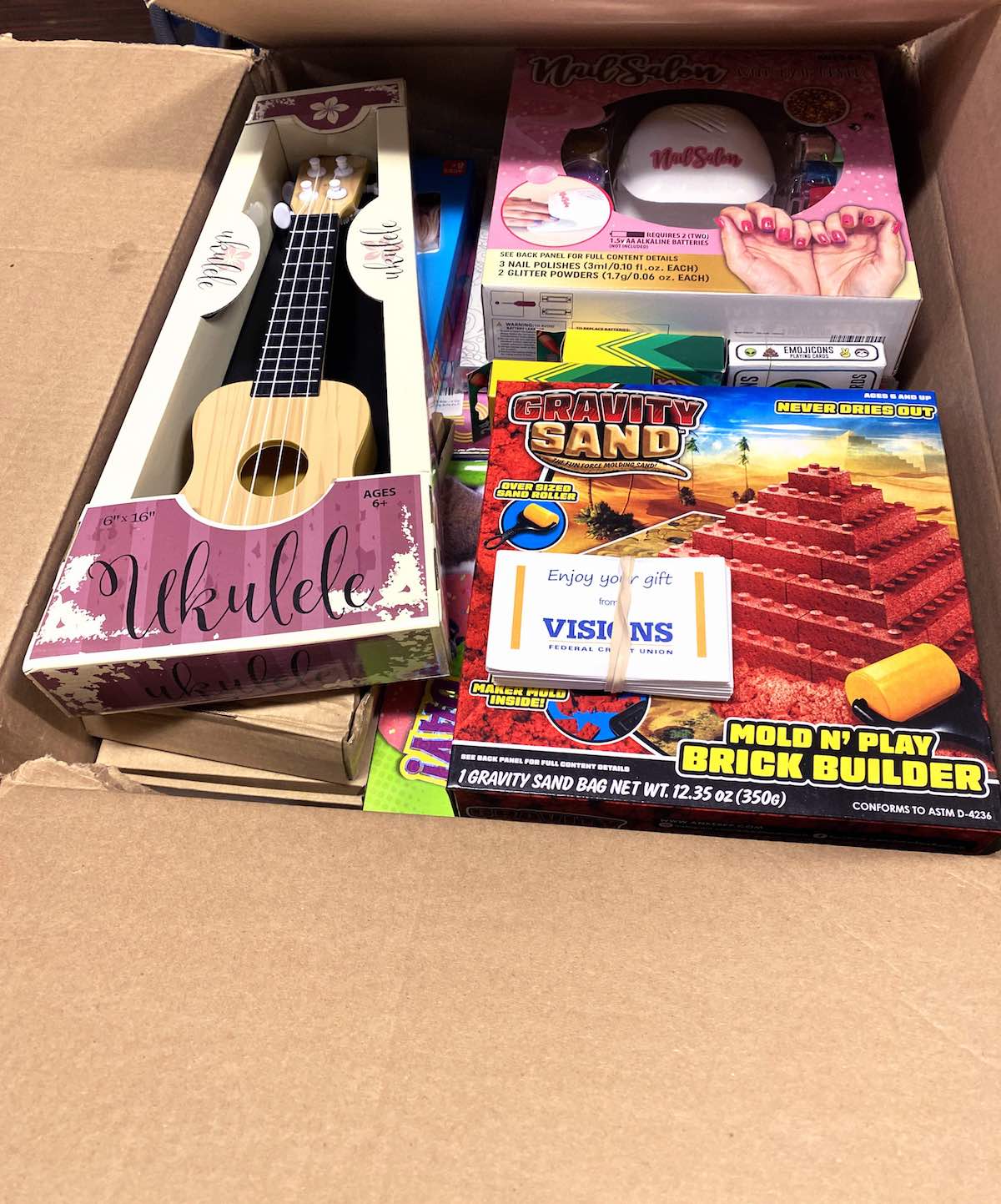 Items from the Giving Tree, a holiday giving program conducted by the Visions team at Binghamton’s East branch. Provided photo.

Visions donated a total of $750. That sum was broken down between Walmart and Weis gift cards for members to purchase groceries, as well as items like fuzzy socks, hats, gloves, scarves, coloring books, games, and toys.