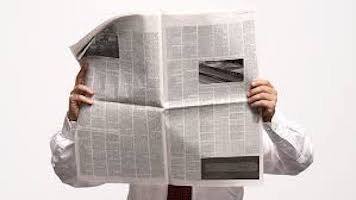 For you people who remember the large Cadillac’s and Lincoln cars, look today at the same brand name with the name on the front saying what brand it is. The present cars look half the size, but the price is the same. If you have a car and trade it in for a bicycle, the reference would still be the same.

People that favor battery power for cars and such don’t realize that the initial and forever power for their battery-powered cars comes from your wall plug in at home and a local coal fired or electric generator station. Check out how much it will cost to replace that battery at its end of life. Nice idea, let’s see what happens when we and other countries have millions of these battery powered cars on the road and the highway service people will be very busy recharging and towing failed cars. It might be hard to sell those cars after a while.

As far as these comments go, please require that they make sense.

Just about every day my phone rings and there’s nobody there, dead silence. Does this happen to anybody else? Why does this happen? Can we stop it? Who do I ask to have it stopped?

After watching Governor Cuomo over the past few weeks, he really showed himself. I think he ought to chill out a little bit.

In spite of our illustrious governor being directly responsible for thousands of senior deaths in nursing homes due to the virus he gets an Emmy Award for his performance, he votes himself a $25,000 raise (New York State has a $60 billion deficit), and he doubles down on his silly lockdown measures. You just can’t make these things up!

Well congrats to Governor Cuomo on his Emmy. Yes, he is performing instead of informing (which is his JOB). His infomercials are fantasy, fiction and make believe (soap operas). Maybe we can give his brother Chris at CNN (a.k.a. Fredo) a best supporting actor award also.

Would the person who put the comment in about puppy abuse / lab testing please put some contact information in a follow-up comment? It is difficult to determine what the point of your comment is. You are reaching out to whom? Did you find people who are selling lab puppies and law enforcement would not investigate?

I keep reading that people seem to think the 98% survival rate for the coronavirus is acceptable. Morbid disgusting comparison: 2,700,000 military personnel served in Vietnam and 58,000 were killed. A 98% survival rate. Does this still seem acceptable? FOLLOW THE RULES!

I had to drive on a broken shoulder on Fisher Settlement Road in Spencer to avoid being hit by a big truck. Who can you complain to? The road is too narrow and the trucks are in the middle.

Gee, what was wrong with the nice tree on the corner of North and East Avenue in the Village of Owego?

In last week’s column, someone had plastic coat hangers to get rid of. There is no phone number or name to contact. Do you have any information as to how to reach the person? I can be reached at (607) 565-2776.

Like most of you reading this, we recently received notice from Taylor Garbage that they want an additional $7 per month to continue curbside pickup of recyclables. Does that mean we will be getting an equal discount on our property taxes? Tioga County used to pay for this and evidently they no longer choose to. There needs to be a comparable reduction in our property taxes to compensate.

There is no better time than Thanksgiving to thank all who are involved with the assembling and delivery of The Owego Pennysaver. I never miss a week. Thank you.

Taylor Garbage sent out a postcard to their existing garbage customers that stated, “Effective January 1, 2021, Taylor Garbage will no longer be able to accept recycling customers at the transfer stations at 352 Glenmary Dr. in Owego and 1216 Route 17C in Barton.” Does anyone know anything about this?

An article came to my attention regarding this virus and the lockdowns being foisted on Americans. Go to www.gbdeclaration.org and read it for yourself. A lot of professionals appear to believe this makes sense.

I have some really important information for President Trump and Rudy Giuliani. On Nov. 3, I was going by Kirby Park in Nichols and low and behold there was BigFoot and Abbott and Costello, just to name a few. They were loading a truck and it looked like it said “Trump” on the boxes. I followed the truck where they had a bonfire, and they burned all the ballots. Get a hold of Giuliani; I’m pretty sure he can take it to court. Over and out.

Trump is whining again and suing about these election results. How many times has he had to have his butt handed to him before he gets it? He lost!

I thought election tampering was against the law. How can the republicans and our worthless President Trump get away with doing it day after day? Arrest them all, throw them in jail and throw away the key.

Do really want Joe Biden unelected, for lack of a better word? Throw him out of office before he even gets in? Apparently, you want a civil war. The people have spoken; don’t screw with it. It’s our right!

I’m so sick and tired of Trump and his minions crying foul trying to say the election is fraudulent without any proof, and people are buying it. It seems to me like that is a true case of election interference, trying to strong-arm people to change their minds to vote his way. He ought to be locked up for voter suppression and election interference, because in my opinion that is illegal.

Rudy Giuliani was looking pretty good the other day with his hair dye dripping down his face. He’s a beauty, just like the GOP.

If Beijing Biden becomes president and the senate goes Marxist democrat after the Georgia elections in January, the Chinese will be the real winners. Biden is a puppet with diminished mental faculties. Who’s the master puppeteer? We shall soon see. The Chinese got exactly what they wanted; 250,000 Americans killed so far by the Wuhan Virus and a would-be president who will be easily manipulated by the Chinese and by the American Marxist.

I want to respond to the uninformed reader that wrote that Joe Biden said in one of his campaign ads more than once about citizens receiving $1,200 a month more. This reader has to watch more closely before speaking out on something that he or she knows nothing about.

Dear Donald, is it true you owe millions of dollars? If so, in my bankbook you are a failure in the business world. Now you’ve pushed the fear button so often and so falsely that people were afraid and voted you out of office. So now it is time to pick up your marbles and your kids and move on to some other area of life to lose in. By the way, wouldn’t a few anger management classes help you deal more constructively with your peers?

It sure would be nice if the 73 million plus people that voted for Trump would get the idea the election is over. This is ridiculous and all the nonsense on all the fake news networks like Fox and all that stuff that you people are believing is absolutely ridiculous. He’s fired. He needs to turn the transition over and he needs to go away like a bad dream, and I really wish the Republican Party would grow a backbone and make him aware of that.

Anybody that thinks Biden won the election fair and square is delirious. The facts and numbers do not support a Biden win. The only way for him to win was through fraud. Not only do we have fake news and fake media, we also have fake elections; but that’s the democratic way. I must say we are in a very sorry state.

I could hear China cheering the supposed Biden steal. No longer is America first. Per Biden, America last. I believe now China will be first. Unfortunately, Biden will end up hurting those who voted for him. Thankfully though, the representation in the house is picking up more republican seats, so they will be our voice of reason.

Puerto Rico doesn’t get to vote for the president (or congress). You’ve been conned again.

“They” have been declaring election winners for many decades. There is nothing unusual or suspicious about it.

Hillary conceded within hours and called Trump to congratulate him. McCain did the same. Romney did the same. Been done for all the past elections. In fact Trump is the only candidate that has refused.

The Clinton Foundation has been one of the top rated in the country by many rating groups and has been audited successfully several times. The Trump foundation was found guilty of malfeasance, ordered disbanded, and the Trump family prohibited from operating any foundation in New York. Facts – your opinion otherwise is notwithstanding.

Suppose for a moment a Dominion voting machine switched votes. It would also then have to erase the mark you made on the ballot and place a new mark on its preferred candidate’s spot. Otherwise an audit would discover the difference in vote counts. But it can’t do the physical change because an erasure mechanism is not in the machine. So tell us again how it could successfully switch votes. I’m not holding my breath because it didn’t happen.

Donald Trump has lost the election with electoral and majority votes. You can count, recount and count again, the numbers won’t change. President Trump should concede and give President elect Biden the access needed so he can process the information into transition smoothly. More people will die from the virus without the knowledge he needs. Trump should not hold the country hostage because he lost. He should concede for the good of the country, this has gone on too far. Democracy will be the price America will pay if not done correctly.

Is it not amazing that no one is claiming there was voter fraud that benefited President Trump? Go figure!

You can already feel the slow down, the loss of excitement and expectation in this country pending the “election” of Biden. Back to the old humdrum, just get by existence that was the Obama “administration”. Really something people are supposed to want? I don’t think so.

If you look at the proposed members of the Biden “cabinet” it looks like an Obama do-over, and we all know what a total failure the Obama / Biden / Clinton mess was by most polls. Why in the world, those who voted for Biden, would you want to duplicate that accomplish nothing / feel good mess?

To the reader who is worried about possible nefarious actions by The Biden Foundation, a reputable charity evaluator rates it a “give with confidence” score of 100 out of 100 while the Clinton foundation gets a 89.28 out of 100 score.

To the reader who was worried about the uncounted votes in Puerto Rico, those votes could not have been for Trump. How can I be so sure? Because Puerto Ricans are without representation, they have no electoral votes and do not vote in U.S. presidential elections. Maybe we should make Puerto Rico the 51st state and fix that.