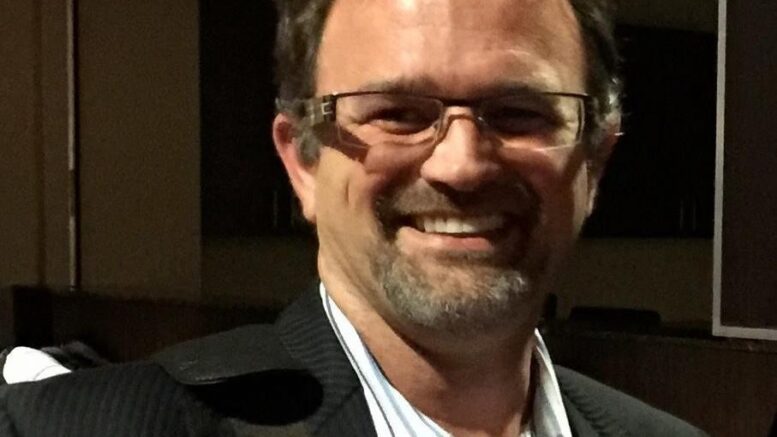 Dr. Asa Don Brown, PhD, an author, speaker, consultant and clinical psychologist from Vestal, N.Y. is a finalist in the 20:20 Vision, Ethical and Psychological Award for outstanding contributions to mental health. You can connect with Dr. Asa Don Brown via Twitter and Facebook. To learn more, visit asadonbrown.com. Provided photo.

Dr. Asa Don Brown, PhD, an author, speaker, consultant and clinical psychologist from Vestal, N.Y. is a finalist in the 20:20 Vision, Ethical and Psychological Award for outstanding contributions to mental health.

Dr. Brown is one of nine nominees for the award. The award, via Ayanay Psychological Accreditation (APA), an international organization based out of London, England, is to be decided in December following a voting period. It recognizes people around the world who are trailblazers and researchers, as well as leaders, motivators and idealistic visionaries.

According to the organization’s website, https://ayanay.co.uk/vision-awards.html, directors of the APA were particularly impressed with Dr. Brown’s overall professional knowledge, along with his active promotion of effective tools that maximize the effectiveness of the psychological support available to clients and those in need.

Regarding the nomination, Dr. Brown remarked, “It is very humbling, and I am honored,” and added that he is pleased to see that the APA is growing its identity and reputation in the U.S.

Dr. Brown, who holds multiple academic degrees, including a Doctorate of Philosophy in Psychology from Capella University, commented that many, especially two individuals in the field, have inspired him. One is Irvin D. Yalom, MD, a psychiatrist who is emeritus professor of psychiatry at Stanford University, and the late Albert Ellis, a psychologist who developed Rational Emotive Behavior Therapy and is viewed by many as one of the most influential psychotherapists in history.

Due to COVID, Dr. Brown’s regular speaking engagements are less in-person.  Like many others, he has had to utilize Zoom and other on-line formats.

Regarding the stress of COVID, Dr. Brown shared that Americans have been able to come together in times of strife and conflict in the past, and noted, “We’ll come back around. Think about 911, a time when we had been the most united in a long time,” adding, “And however November 3 unfolds, we’ll get through this.”

Dr. Brown explained that psychologically, the impact of COVID and the election process has had an effect on everyone. Blending economic hardship with isolation, and the increased use of social media that heightens the anxiety, Dr. Brown shared that a focus on the family nucleus is paramount in order to survive these tough times.

Dr. Brown noted, “Family was the core of life back in 1918, so spending time now with family as much as possible is critical.”

Dr. Brown mentioned the importance of monitoring messages our children are receiving, and although social media has its advantages, it’s important for all of us to limit our time spent utilizing those tools.

“It takes a toll,” Dr. Brown remarked, adding, “To counter the negative, we need to digest something positive.”

Dr. Brown cherishes time with his own family, his wife Terry, an optometrist, and three children, all who are students in the Vestal School District. He also gives of his time as a volunteer first responder in Tioga County on the Search and Rescue Team and Critical Incident Stress Management Team, and is a volunteer firefighter and a member of the fire police with the Campville Fire Department.

Dr. Brown shared, “I love volunteering and enjoy giving my time and service to the community.”

Beyond Dr. Brown’s work as an author, speaker and clinician, he has been trained in profiling and negotiation. Dr. Brown, a dual citizen, has worked as a clinician in the United States and Canada, as well as held university faculty positions teaching psychology, early child development, and clinical studies, among others.

Dr. Brown is the author of several books, and has been published in multiple professional journals, magazines, and web-based columns.

In addition, Dr. Brown has served on many professional boards. Locally, he is a current Board Member for the Southern Tier Mental Health Association. He has also been a consultant for government organizations, social service agencies, legal practices, educational institutions, medical practices and religious organizations, just to name a few.

You can connect with Dr. Asa Don Brown via Twitter and Facebook. To learn more, visit asadonbrown.com.

Be the first to comment on "Local author and psychologist receives prestigious nomination; Emphasizes focus on family during these challenging times"