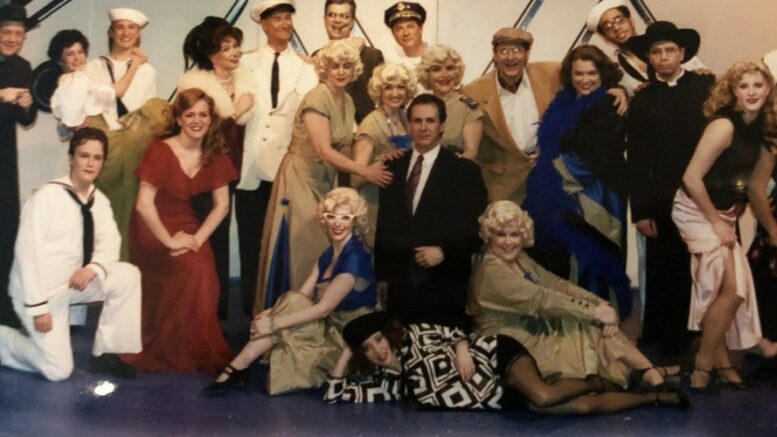 Cast photo of “Anything Goes” and from the opening show in their new building in 1999. Provided photo.

The restrictions borne from the precautions which COVID-19 has presented have left many people longing for the normalcy of their routines: a trip to the Tioga Theater to watch a movie, a birthday party with their closest family and friends, attending a local football game to cheer on their hometown athletes. As businesses and public spaces adjust to the rapidly changing environment, one that struggles mightily in the face of lost audiences are local theater programs such as the Ti-Ahwaga Community Players. 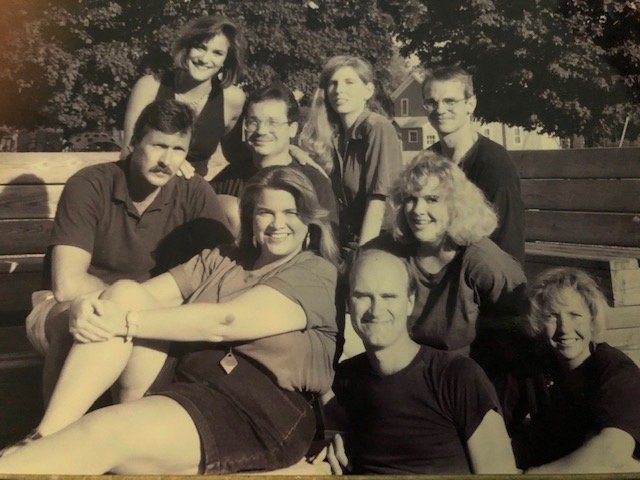 Answering their own call to perform and recognizing an unfulfilled need within Owego for live performances, they quickly built an audience with their premiere of the classic play “Blithe Spirit.”

Over the years the group waxed and waned and by the early 1980s, Ti-Ahwaga Community Players was teetering toward oblivion when a younger band of energetic thespians, Laura Johnson, Randy Kerr, Diane and Jerry Arbes, Deb and Kathy Harris, and Shawn Yetter, along with Phil and Patricia Nichols’ son, Keith, and Keith’s wife, Jane, joined the community. This wandering band of actors migrated from one location to another, searching for a space to perform plays and musicals, and as they collected more talented and enthusiastic actors, it was decided they needed to find a permanent home. 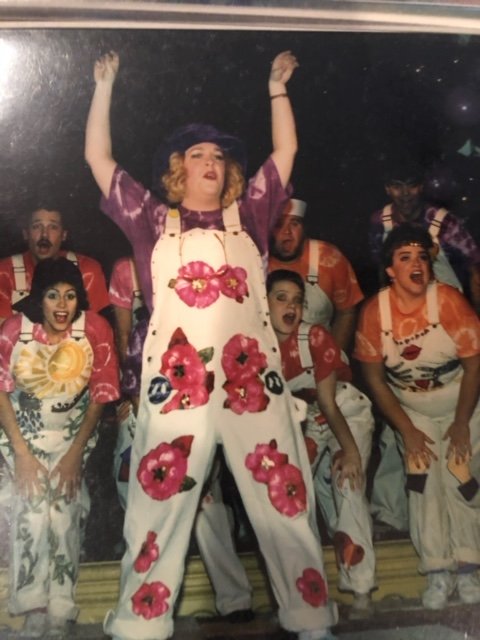 After years of fundraising and an intensive capital campaign, the members of Ti-Ahwaga Players raised enough money to buy a property on the dead-end road of Delphine Street, across the railroad tracks from Scott Smith & Son. In 1998 renovations began and within a year, a simple space containing a black box-style theater with café tables laid out in stadium seating for audience members to enjoy drinks and food during the performance was complete. They opened their first season in the new building with a rousing rendition of the classic musical, “Anything Goes”. Ever since that first year, Ti-Ahwaga has run a regular four-to-five show season with “A Christmas Story” as a featured staple.

All of this changed in what would have been the official 61st season of Ti-Ahwaga Community Players. As a result of the COVID-19 pandemic, the spring 2020 season was cut short during a successful run of “Spamalot”.

Current New York State and Tioga County restrictions in place to protect the public from further spread of the virus are preventing the theater from continuing with their regular performing season. As a theater group that is dependent on ticket sales to stay open, the dedicated members of Ti-Ahwaga are turning to their community to keep the theater alive. 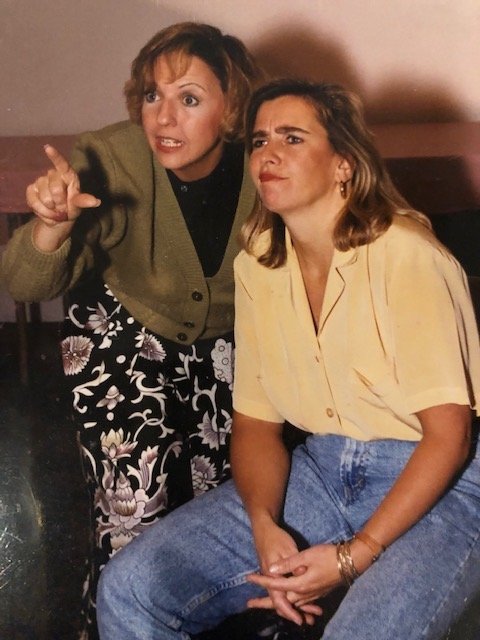 Current Board President, Diane Arbes, along with Vice-President Christine Baust and longtime member Jane Nichols, have launched an ambitious sponsorship drive that has resulted in many members of Ti-Ahwaga’s loyal fan base and local businesses sending in generous donations to ensure that the theater is able to continue providing quality live theater and entertainment to the local community.

Now more than ever it is imperative this support continues, even during a time when traditional live theater cannot be possible.

Members of Ti-Ahwaga have come together to write and star in a livestream show called “Boogey Nights – A scary good time”, planned for Friday, Oct. 30 and Saturday, Oct. 31, with both performances beginning at 8 p.m. This live virtual variety show is directed by Brian Flynn and features Shawn Yetter, Kathy Harris, Christine Hafer, and Gil Choi as emcees performing original skits that highlights famous foursomes from pop culture such as Wizard of Oz and Schitt’s Creek, and a number of songs from popular musicals performed by a variety of talented actors that include Joe Brainard, Ryan Canavan, Brandy Engel, Alondra Hughes, Kerry Kane, Madyson Fedoris, Scot Saggiomo, Christina Taylor, and Caitlin Westfall. 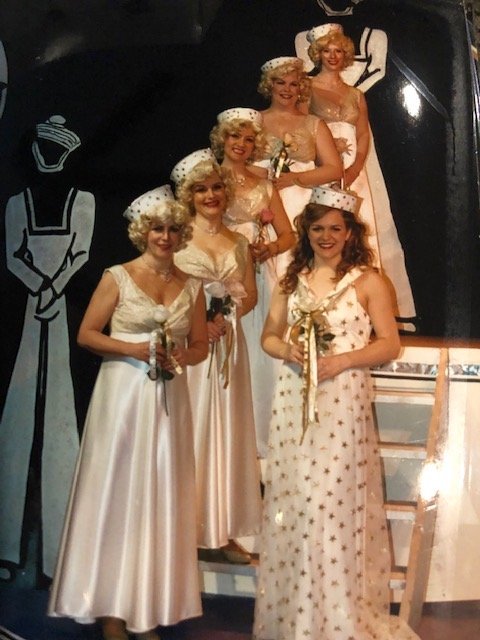 As this group has done for 60 plus years, they continue fulfilling the goal set forth years ago by the original founders – to entertain with artistic endeavors through the magic of live stage productions that transport the audience to another world.

For those who would like to watch the Oct. 30 and Oct. 31 show, visit the Ti-Ahwaga website, www.tiahwaga.com, and pay the $15.00 donation through the PayPal link provided. Those who have paid will have a link to the show’s private stream sent to them via email 30 minutes prior to the show after the patron has specified which night they are choosing to view.

If paying by PayPal, you can use your existing PayPal account or check out as a guest, but please note if you checkout as a guest then PayPal will charge a service fee. Click “use this donation for” to choose the date of the show you will be attending. They will send the show link to the email associated with your PayPal account. 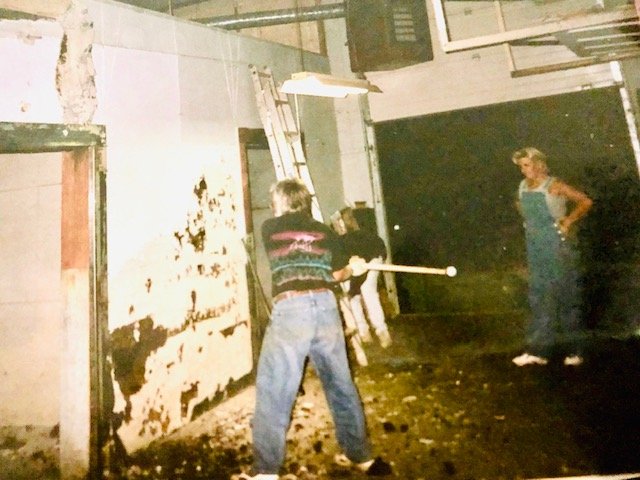 If you’d like the link sent to a different email address, please put that address in the “comment” field. If paying by credit card through the Ti-Ahwaga website, no service fees apply. You must fill out the “recognize me as” field, for example, “me” or your name. Click “designate a fund” to choose the date of the show you will be attending.

To contribute to the sponsorship drive, visit www.tiahwaga.com and click the Donations tab at the top of the screen and follow the instructions. You may also send a check to Ti-Ahwaga Community Players at 42 Delphine St., Owego, N.Y. 13827, or you can donate during their online livestream fundraiser, “Boogey Nights” Oct. 30-31, which begins at 8 p.m.

Support contributions of $150 or more that are called in during the online fundraiser will be announced live during the show.

Be the first to comment on "Keeping Theater Alive"