Friday, Sept. 25, is “Wear Purple for Platelets Day.” In conjunction with ITP Awareness Month, Ice Cream Works, located at 14 George St. in Owego, invites the public to stop by between noon and 8 p.m. to help raise funds for the Abbey Mae Memorial Scholarship. The scholarship will first be awarded to a graduating senior of the OFA Class of 2021. A portion of the day's proceeds, along with Abbey's co-workers tips, will be set aside for the scholarship. Photo credit: Heather Gunther, The Owego Pennysaver.

The Owego Free Academy Class of 2021 had one classmate missing on the first day of school last week.

Abbey Mae Luffman passed away on Jan. 12, 2020 from Immune Thrombocytopenic Purpura (ITP). Abbey’s circle was wide, as her obituary stated, and she touched many lives with her spunky personality, quick wit, and bright smile. 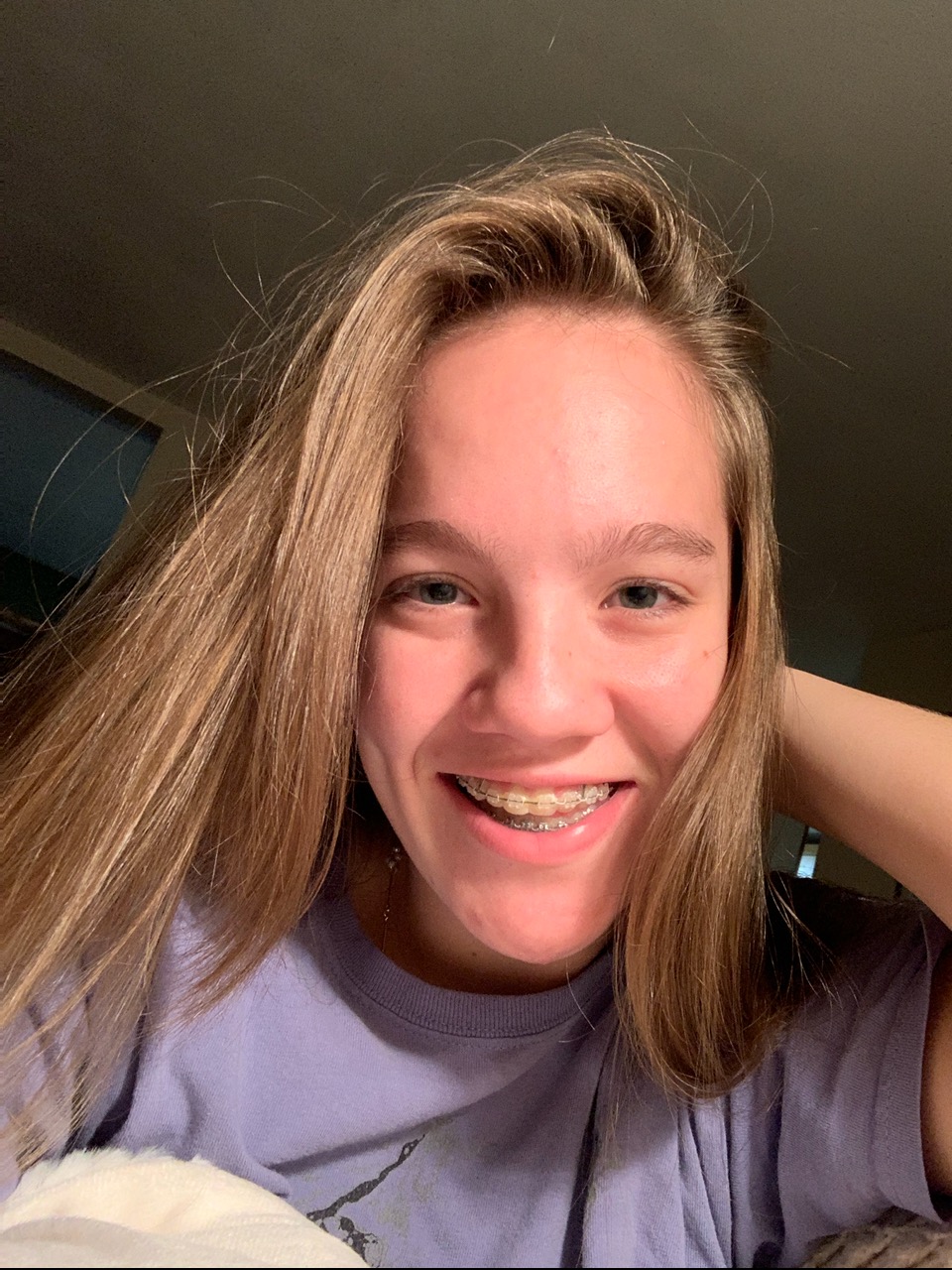 Pictured is Abbey Mae Luffman, who passed away in January this year to Immune Thrombocytopenic Purpura (ITP). The Luffman family invites you to “Wear Purple for Platelets Day” on Sept. 25 and visit Ice Cream Works, or join the Team Abbey Mae team and make a donation to the “Virtual Pump it Up for Platelets” event at
http://pdsa.convio.net/site/TR/PumpItUpforPlatelets/General?team_id=2427&pg=team&fr_id=1460. Provided photo.

The month of September is ITP Awareness Month, and family and friends invite the community to remember and honor Abbey in two ways.

First, individuals can join Team Abbey Mae and make a donation to the “Virtual Pump it Up for Platelets” event in conjunction with the Platelet Disorder Support Association (PDSA), a group dedicated to supporting people with ITP and other platelet disorders through education, advocacy and research.

Second, a local event to raise funds for the Abbey Mae Luffman Memorial Scholarship has been planned for Sept. 25.

Platelets are essential cells for clotting blood, and many struggle with ITP throughout their entire lives. ITP is defined as a rare blood disorder that involves a decrease in the amount of platelets in the blood. To date, it has no cure, and according to NORD, the National Organization for Rare Disorders, the annual prevalence rate in the United States is 9.5 cases per 100,000 adults, and estimated at 5.3 per 100,000 among children. Worldwide, ITP affects well over 200,000.

For Abbey, she first showed symptoms around New Year’s Eve and was diagnosed with ITP on Jan. 2 while at a Syracuse children’s hospital. Family and friends surrounded her with love and support, although treatments provided over the course of several days were unsuccessful. Abbey passed away from a blood clot in her brain, and only one month from what would have been her 17th birthday.

Abbey was the daughter of Lars and Marcy, had a brother Craig, a sister Briann, and was the granddaughter to Donald and Marie Wunder and William and Mary Ann Luffman.

Abbey was a busy young woman who played softball, volleyball, and sang in the school’s chorus, and all while maintaining honors status and working three different jobs.

One legacy that Abbey left behind was her desire to help others by becoming an organ donor. A relatively new driver at the time, Abbey had checked the box.

Marcy remarked, “She made a very grown-up decision.”

The family participated in “Abbey’s Honor Walk” at the hospital, a ceremony that pays tribute to the organ donor.

Via the Finger Lakes Donor Recovery Network, the Luffman’s have since learned that Abbey’s kidneys went to two different individuals, and her pancreas to one of those kidney recipients. In addition, her liver was donated for research.

It is the Luffman’s hope that they will someday meet the recipients of Abbey’s live-giving gifts.

“I wrote letters to each of the recipients,” Marcy commented, and is awaiting responses.

In the two letters, Marcy said that she wrote about Abbey, and told each recipient details about her daughter that she thought they would like to learn. If the recipients agree to meet, the Luffman’s are looking forward to the opportunity, which will, in another way, add hope and healing for the family.

Friday, Sept. 25 is “Wear Purple for Platelets Day.” In conjunction with ITP Awareness Month, Ice Cream Works, located at 14 George St. in Owego, is hosting a fundraiser for the Abbey Mae Memorial Scholarship. The scholarship will first be awarded to a graduating senior of the OFA Class of 2021.

Ice Cream Works invites you to stop by on Sept. 25 between noon and 8 p.m., where a portion of that day’s proceeds will be set aside for the scholarship. They shared, via a Facebook event page, “Wear those purple shirts and grab some tasty treats in honor of a sweet angel who left us way too soon.”

One of Abbey’s three jobs was at Ice Cream Works. Her co-workers plan to donate all of their tip money on Sept. 25 toward the scholarship.

Individuals interested in participating with the Team Abbey Mae “Pump it Up for Platelets” can find information by visiting: http://pdsa.convio.net/site/TR/PumpItUpforPlatelets/General?team_id=2427&pg=team&fr_id=1460.

Lars and Marcy spoke fondly of a spot near their home where the family often takes walks together. Described as “our top of the world,” the family plans to remember Abbey and honor others during ITP Awareness Month by walking to their favorite hill near their neighborhood.

Although not a public event, individuals can reach out to Marcy with questions via Facebook Messenger. Purple shirts, adorned with an image of an angel with braids, have been created for “Team Abbey Mae.” Marcy said Abbey enjoyed braiding hair, and often wore her hair in braids.

The Luffman family thanks the entire community for their support.

Be the first to comment on "Remembering Abbey Luffman"