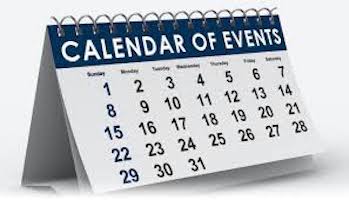 Owego Presbyterians are starting a new Bible study on Women in the New Testament on Monday evenings, beginning on Sept. 14 at 7 p.m., with the public invited to join on zoom. Pastor Bruce Gillette is the discussion leader for this series on Monday evenings from 7 p.m. to 8 p.m. on Zoom. Meeting ID: 879 9600 2563 Password: FPUC

No prior Bible study experience is needed; all are welcome to come to any or all of these discussions. The public is invited to this free, online program. For more information, call (607) 744-0761.

The series will have half-hour talks on women in the New Testament, followed by times of discussion.  The following topics will be covered: Women in the Old Testament. Women Leaders in the New Testament, Mary the Mother of Jesus, Women and Women Prophets: How Should They Dress, Women Silent in the Church and Who Teaches Whom, Human Sexuality, and Mutual Submission. This series will look at the positive roles that women had in the Early Church, including in leadership roles, and also show how the Bible has been misinterpreted to unjustly oppress women in families and the church.

The video talks are by the internationally renowned Bible teacher, Kenneth E. Bailey. He spent 40 years (1955–1995) teaching in Egypt, Lebanon, Palestine, Israel and Cyprus.  He has a degree in Arabic and literature, systematic theology and wrote his dissertation in the field of New Testament.  He was ordained by the Presbyterian Church (USA).

Since 1962, Bailey taught for the Near East School of Theology in Beirut (since 1974 as professor for New Testament studies), where he founded the Institute for Middle Eastern New Testament Studies.  From 1985 to 1995, he taught at the Ecumenical Institute for Theological Research in Jerusalem. He taught at Princeton University and was associate professor of theology in Dubuque, McCormick and Pittsburgh as well as the Fuller Theological Seminary in Los Angeles.

The Presbyterians have been offering three adult educational programs weekly on zoom and have found that attendance is often better than for some past programs offered in-person pre-pandemic. People enjoy being at home while participating in these programs, including one regular participant who lives in Buffalo.

Be the first to comment on "New Monday Evening Bible Study: Women in the New Testament from a Middle Eastern Perspective with Dr. Kenneth Bailey"