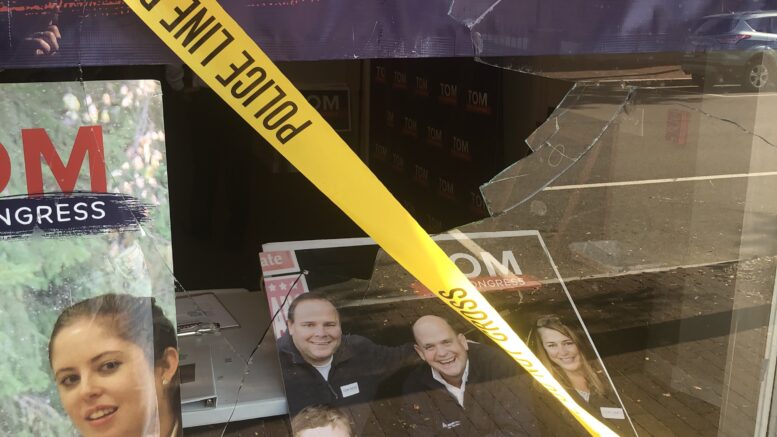 Congressman Tom Reed’s Corning campaign office was the target of violence Tuesday evening. According to a senior advisor from Congressman Reed’s office, a brick was thrown through the window leaving glass strewn throughout the office.

“This extreme behavior is unacceptable,” Congressman Reed, who represents the 23rd Congressional District in New York, said in reaction to the attack. “Volunteers are usually sitting right by that window. I am thankful no one was here when this happened, and no one was hurt.” 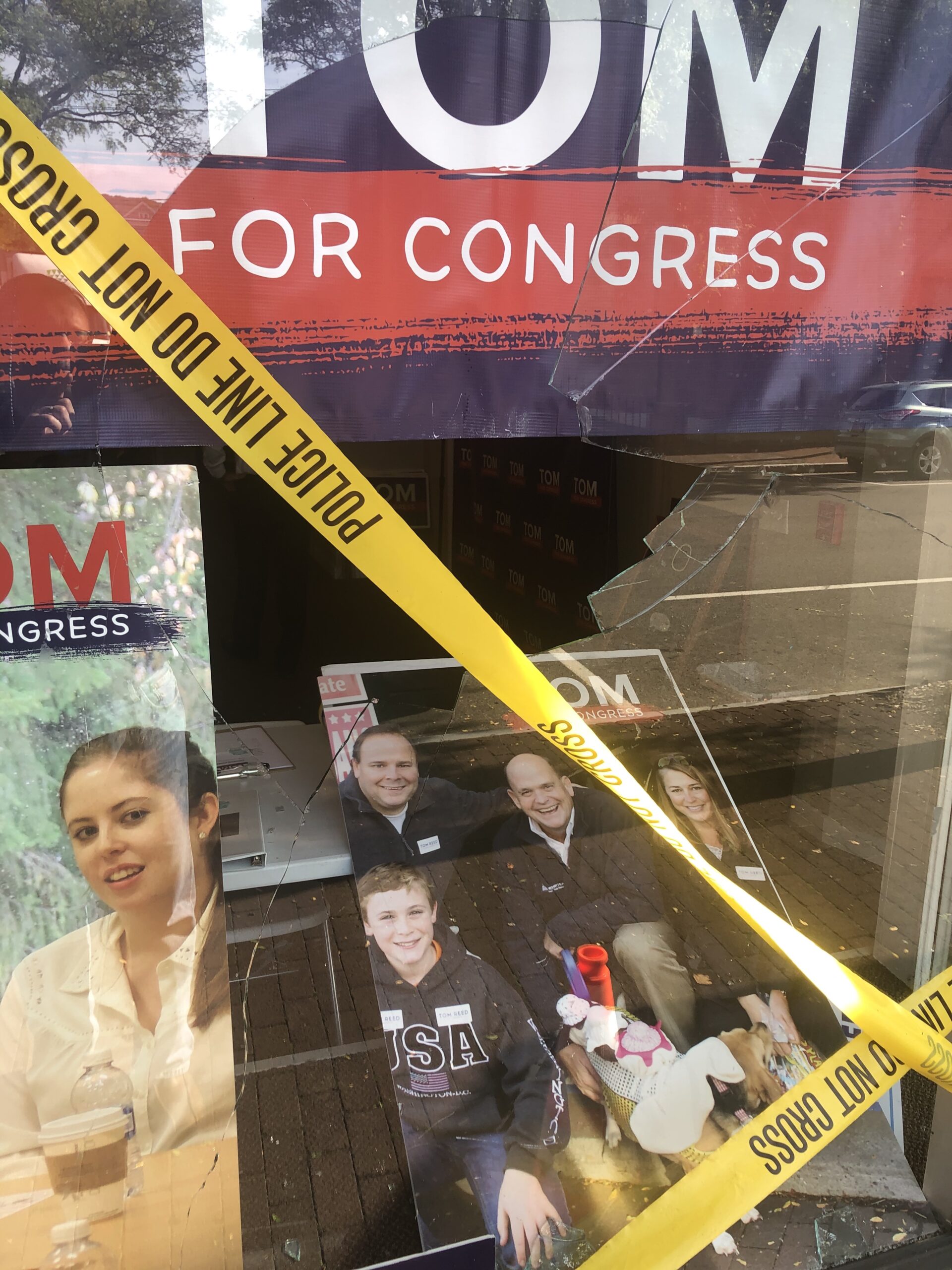 “This is another sad example of the radicalism we see every day from our opponents and the far left,” observed Matt Coker, spokesperson for the campaign office, adding, “It has to stop.”

“I will continue fighting this extremism,” Congressman Reed said in a statement released on Wednesday.

Congressman Reed added, “They bring violence, but we will keep standing against their hatred. We will stand proudly for what we believe in, be willing to listen to those who disagree, and in the end seek to unite our nation. That is when we are at our best.”

Reed also thanked Republican Assemblyman Phil Palmesano and Democrat Bill Boland, mayor of the City of Corning, for standing with him amongst the damage.

“We are here not as Republicans or Democrats, but united to say that violence like this doesn’t solve problems,” Congressman Reed added during a brief at the campaign office.

Congressman Reed also lauded the Corning Police Department, which is investigating the attack, stating, “We have always had the back of our police, and I know they have our back as well. We look forward to the results of their investigation and justice being done.”