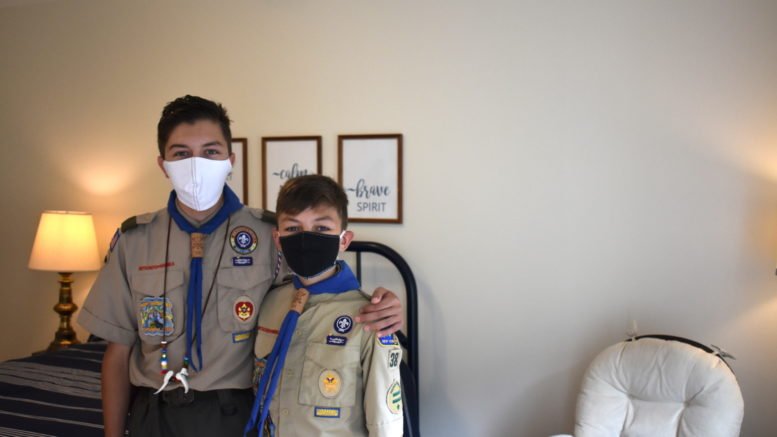 Jack Hrustich, left, and his brother Noah Hrustich, on the right, are pictured in the newly renovated room at the Open Door Mission’s Transitional Home. Jack led the project to give back to the Mission as well as to work toward earning his Eagle Scout ranking. (Photo by Jacob Elsbree)

Life Scout Jack Hrustich just made it one step easier for men in Owego to get back on their feet. For his Eagle Scout project, he led a team to renovate a storage room in the Open Door Mission’s Transitional Home to give men a place to stay while making their way out of the shelter.

On June 30, Hrustich presented the project at an open house event at the Transitional Home, located on the same premises at 425 North Ave. in Owego.

“He (a future resident) is probably going to have a job either at the mission or in the community somewhere,” Hrustich said. “He’s going to be living here, paying a low-cost rent, and this is going to be his room.”

The resident will stay in the transitional home until he is ready to move out. 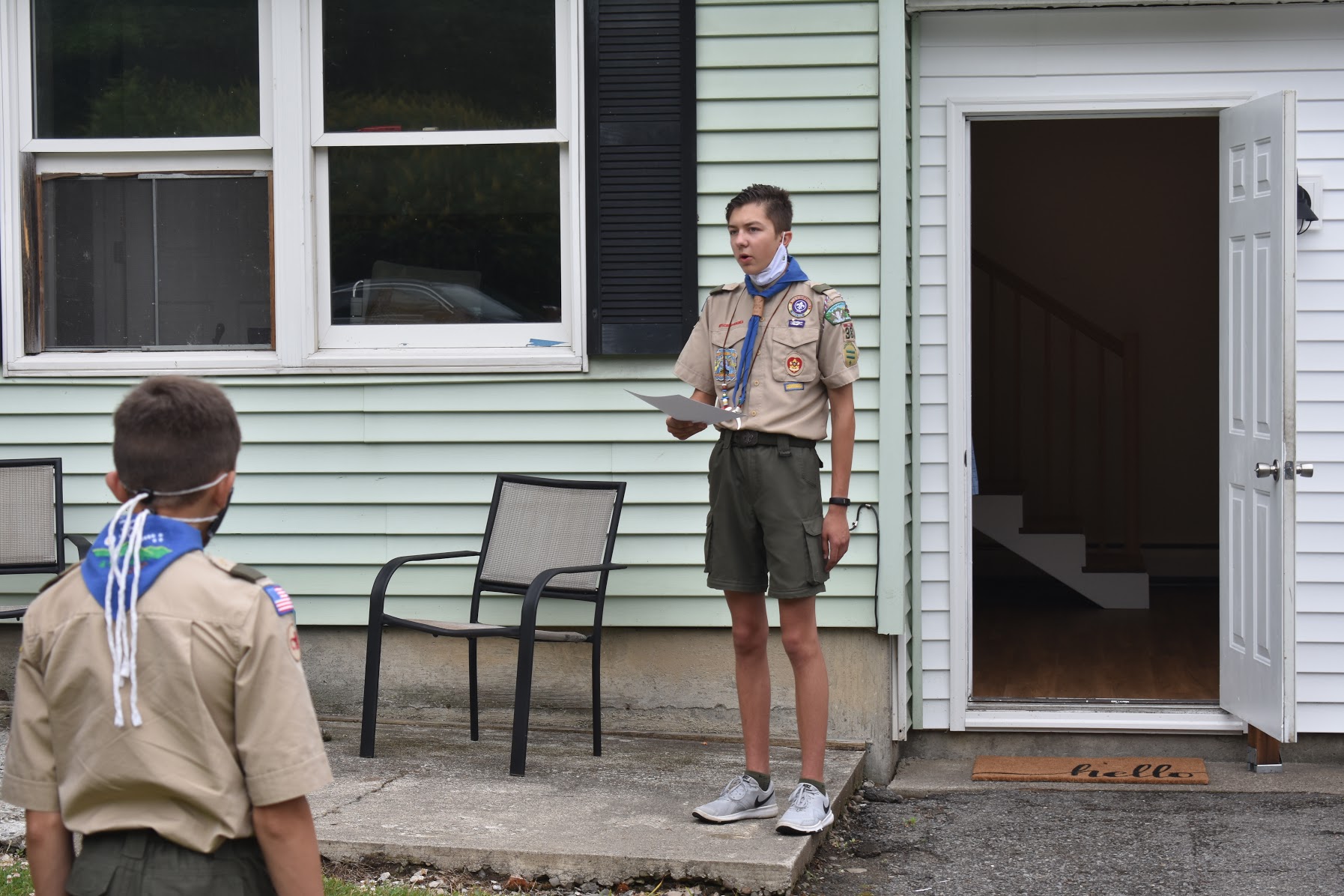 Jack Hrustich speaks to the crowd at the Open Door Mission’s open house event held on June 30 to unveil the newly renovated room that Hrustich organized. After his speech, small groups were allowed into the room to see over 300 hours of work from Hrustich and volunteers. (Photo by Jacob Elsbree)

“Until then he will have the strong, sustaining environment from the Mission, but they’re a little more independent,” Hrustich added.

Hrustich has been volunteering with his troop at Owego’s Open Door Mission for years, helping with the Christmas party and other events. He decided he wanted to give back more to the organization for his Eagle Scout project.

He started drawing up the plans and a project proposal in November, and quickly got to work cleaning out the room that has been used for storage since the flood in 2011.

The Scouts, led by Hrustich, started from scratch to turn the room into a functional bedroom. He led a group of 19 people who put in almost 300 hours of their time. 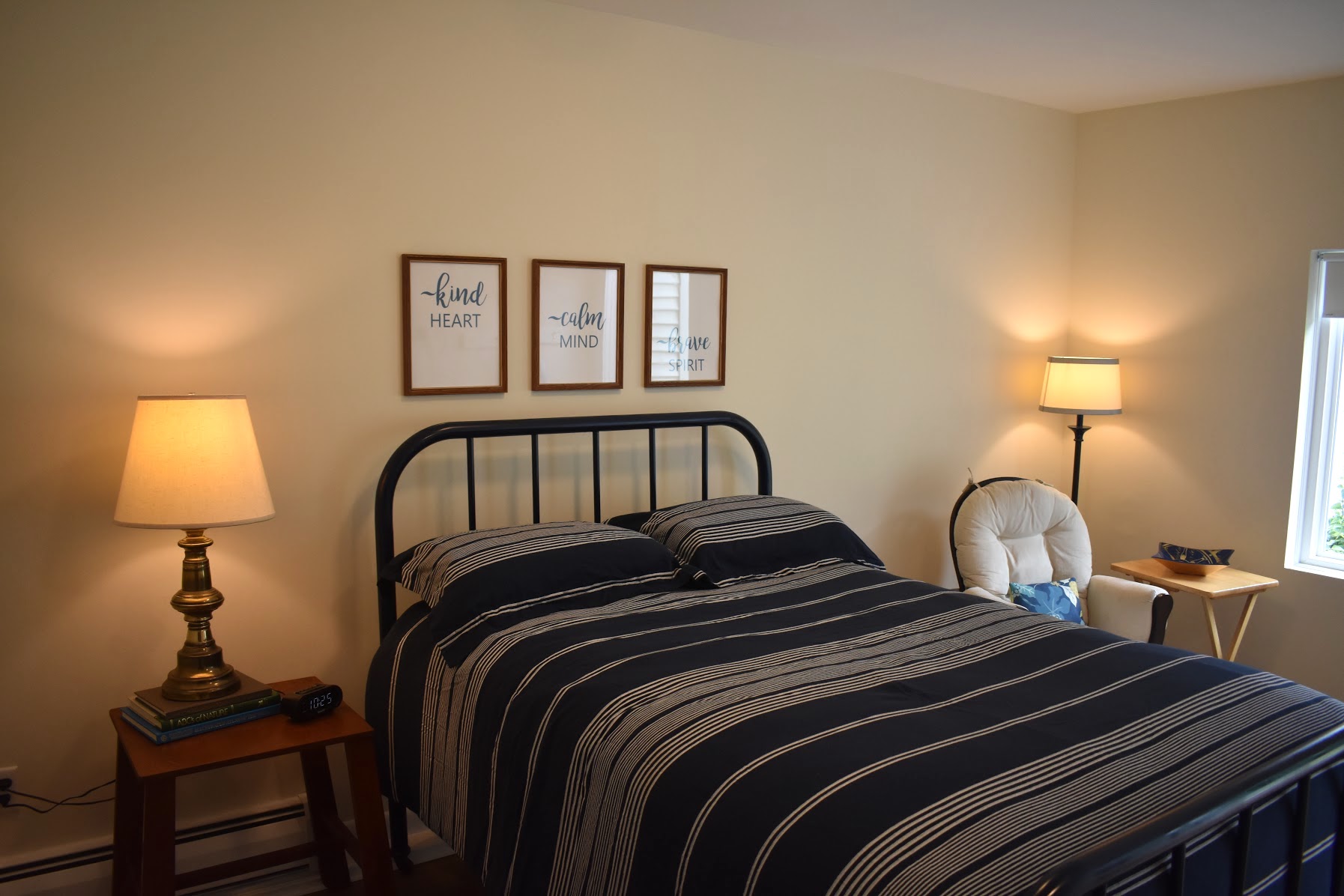 The Open Door Mission’s Transitional House is used for men who are ready to leave the shelter and get back on their feet. The Transitional House gives them a chance at independence while still having the support of the shelter. Because of Hrustich’s project, the transition can happen faster for some. (Photo by Jacob Elsbree)

The original goal was to fix the flooring, paint the walls and adjust the stairs leading to house. But the project received so much support from the community that Hrustich and his troop didn’t stop there. He redid the siding to make the outside just as presentable as the inside.

This was only possible, he said, because of the generosity of the community. He reached out to businesses and together over $1,000 was raised to go into the project.

“We did more than what was originally planned, which I think is great,” said Hrustich.

The project came to a full stop in March due to COVID-19 shutdowns. For about two months Hrustich could only think about finishing the project once the state reopened. He kept himself busy perfecting the stairs for the rooms while at home, but once he could get back to work in June it was smooth sailing.

“It feels good to do something good,” Hrustich said at the open house event.

Hrustich has a few more steps to go before he receives his official Eagle Scout rank, but hopes to achieve it within a few months.

1 Comment on "Scout lends a hand to the homeless"