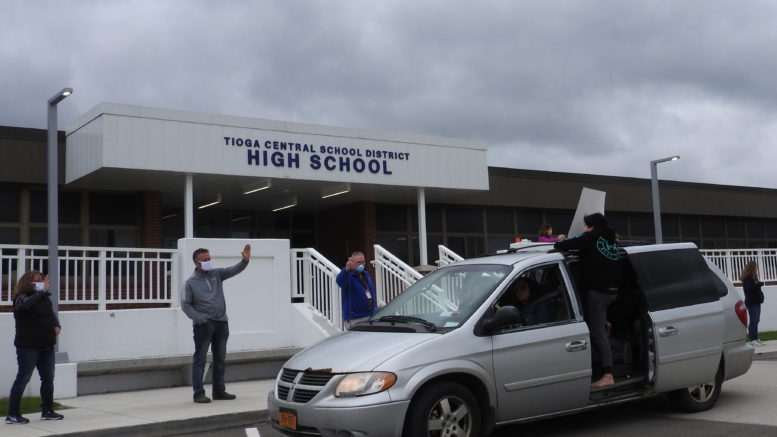 A student shows the sign to the administrators, teachers, and workers at Tioga Central School on Monday. (Photo by Wendy Post)

Last Monday, a parade of cars circled through Tioga Central School’s main loop to salute and recognize their teachers. The show of support comes just days after the governor’s announcement to close New York State schools for the remainder of the academic year, and also fell during “Teacher Appreciation Week.”

“Thank you TIOGA TEACHERS” is hung at Tioga Central School, where teachers were recognized and thanked by their community on Monday. (Photo by Wendy Post)

“This is our community, showing some appreciation,” said Josh Roe, Tioga Central High School’s principal, as the cars continued around the loop in front of the high school’s main entrance; many decorated and some carrying signs. 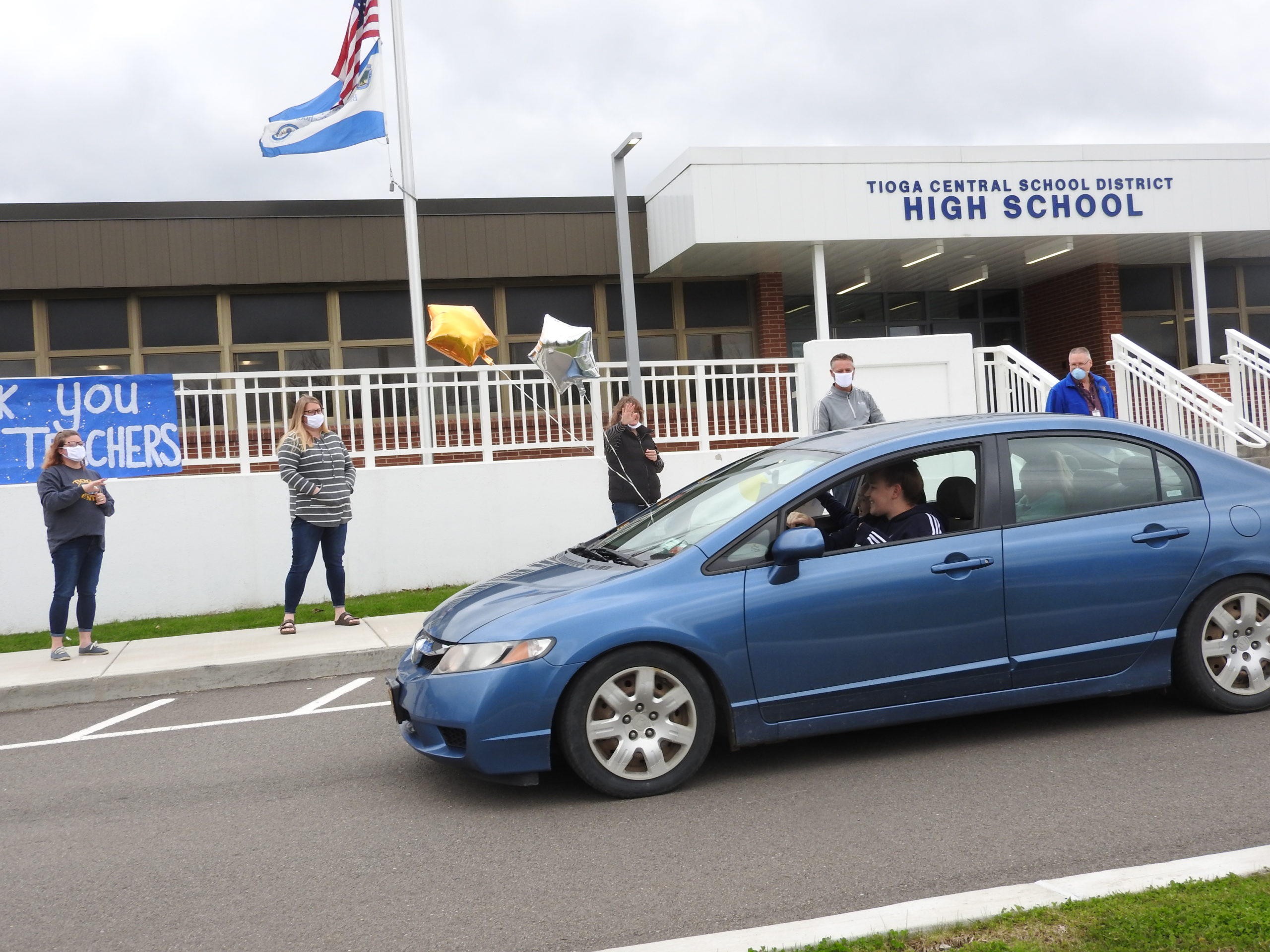 This car had a couple of balloons in front, boasting their ‘all-star’ status. (Photo by Wendy Post)

“Tioga Strong,” Tiger Pride,” and “We Love You” were a mix of the signs displayed. Others had balloons tied to them; there were even a couple of tractors in the mix. 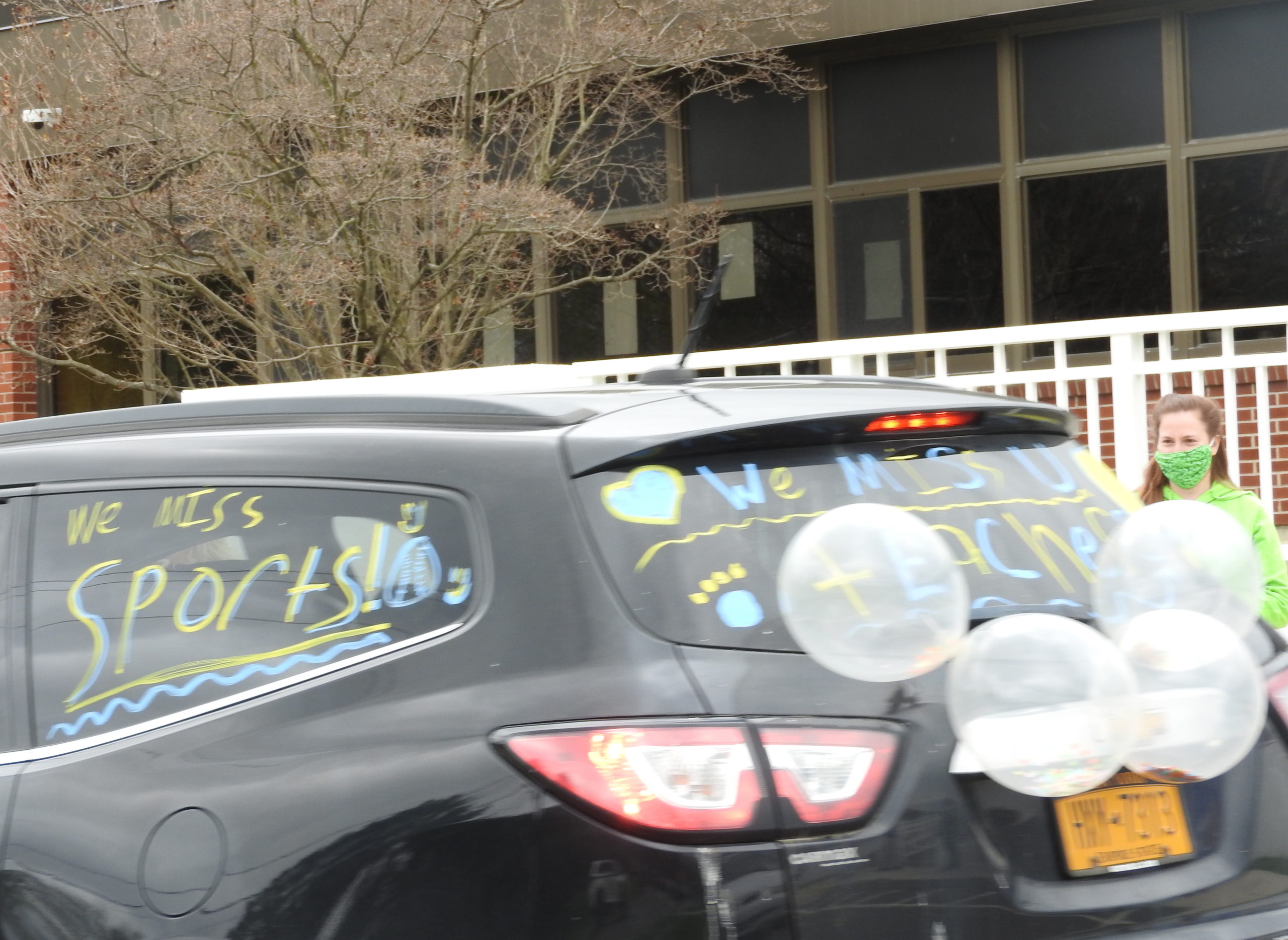 They miss sports; they miss their teachers; a nearby school employee remains humbled. (Photo by Wendy Post)

“The cars have been going like this for about twenty-one minutes now,” Roe added.

Literally dozens of teachers and support staff lined the front of the school and along the loop and on the steps, at a social distance. 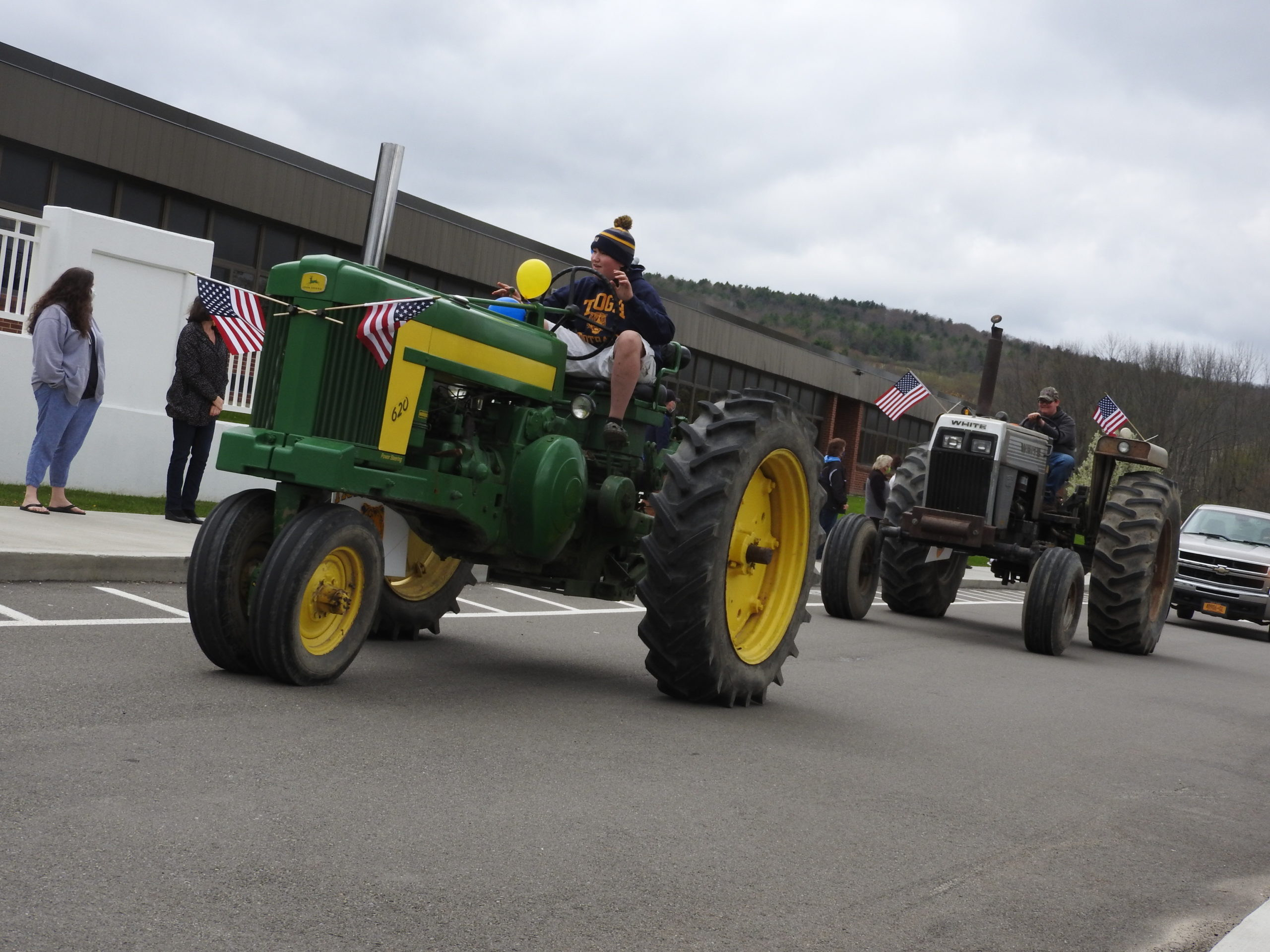 In true parade, and American fashion! (Photo by Wendy Post)

“We got our permit last week,” said Roe, adding, “This is especially good for our seniors.” He also noted that Michelle Bombard, elementary school principal was the “brain child” of the idea, an idea that drew together the community.

Roe also called it a sad occasion, as eight [teachers and staff members] are retiring. 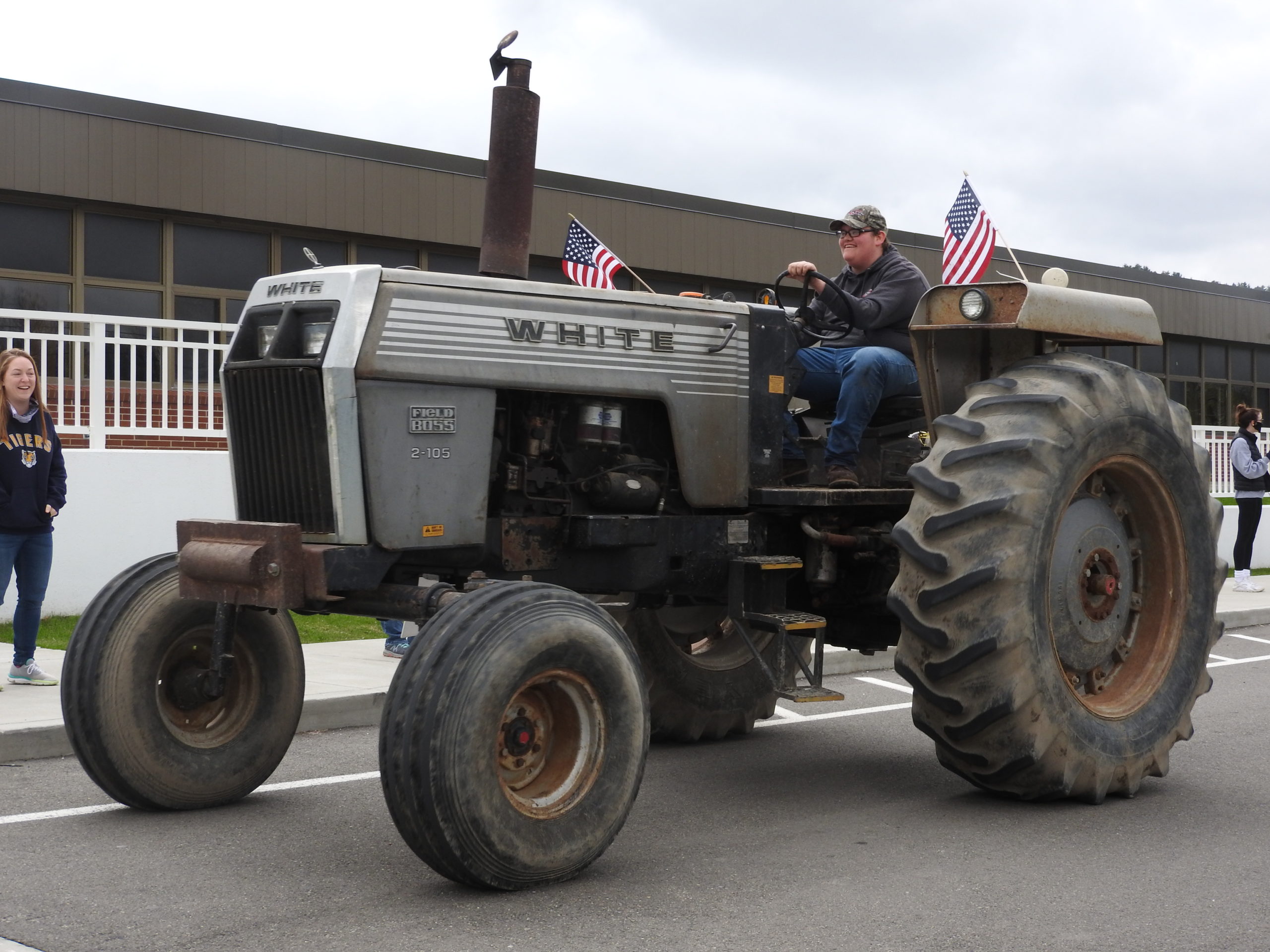 This tractor got fired up for the occasion . (Photo by Wendy Post)

“For them, this would have been their last three months after thirty years,” exclaimed Roe, adding, “Today was a way to say that we love them. They’ve been incredible and worked so hard.”

Be the first to comment on "A parade of support"