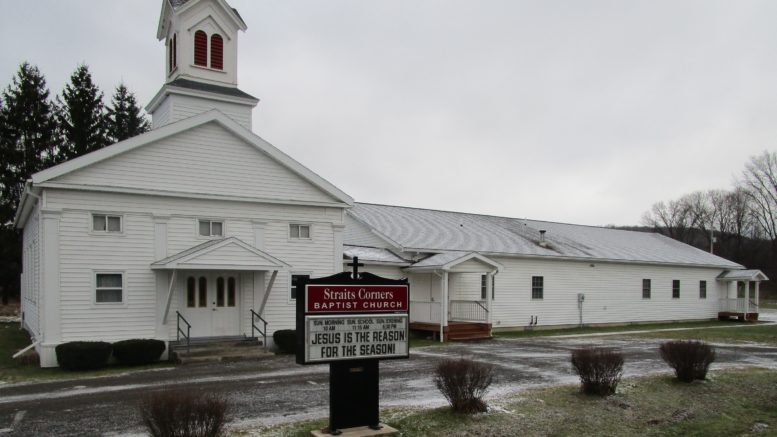 Straits Corners Baptist Church of Candor will have two new pastors as their previous pastor serves a year in the Middle East as a division chaplain. Provided photo.

With Pastor Douglas Brock deployed to Kuwait for a year-long tour in the middle east as a chaplain in the U.S. Armed Forces, Straits Corners Baptist Church of Candor will have two pastors to help hold down the fort in his stead.

Despite being thousands of miles away, Brock said he is confident Pastors Curt Carter and Josiah Hall will hold down the fort while he is gone over the next year.

“(I am) very excited for what (Curt) and Josiah are doing as the Lord works through (them)! I am regularly praying for (Curt and Josiah) and the church,” Douglas said in an email from Kuwait.

“My team and I are here to help ensure religious support of our soldiers by supporting and equipping the several chaplains who are part of the Task Force. Chaplains minister (tend) to the spiritual needs of the soldiers and provide for their free exercise,” Douglas wrote.

Back in Candor, Carter said that he and Hall are more than ready to handle Brock’s absence.

“Josiah and I are holding down the fort while he is over there, Josiah is a new graduate from seminary and is actually a newly-wed. So he is just starting out, and I have been around for a while so Pastor Brock asked me to mentor him and work with him for the year while he is gone,” Carter said.

In order to ease the transition for the 70 or parishioners of the church, none of the services offered by Brock will cease under Hall and Carter.

“To our church community, it’s like we’re trying to keep everything going as smoothly as possible,” Carter said.

That means services such as in-home bible sessions will continue Carter added.

Along with working to fill Brock’s shoes while he is gone, Carter said that efforts would be made to help Brock’s family when they are in town.

“We will be helping his family out while he is gone,” Carter said.

Members of the congregation are particularly proud of Brock, Carter said, as this is his second yearlong tour serving as a military chaplain.

“It is a challenge for his family to have him gone for a year, but with the ability to Skype there are some good electronic ways to communicate. Wouldn’t be surprised if we didn’t use something like that during church to visit with him someway down the road,” Carter said.

Still getting used to the time difference, Douglas wrote that he is looking forward to talking to his church members.

“I hope my schedule will ease up a bit in a couple of weeks so I can get back on a regular schedule with Josiah and even talk to (Curt) and other Straits folks. Right now, the seven hour time difference is making it difficult,” Douglas wrote.