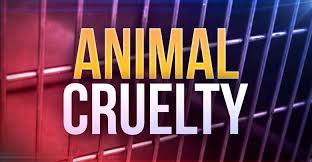 Pennsylvania State Police have charged Randy Howard, 49, of Canton, with cruelty to animals among other charges following the discovery of eight dead dogs that were allegedly left in his care through Dec. 17-28.

According to the affidavit of probable cause, a state trooper was dispatched to a home on Route 414 in Canton Township on the 28th for a report of animal cruelty. Upon arrival at the scene, the trooper met with a Thomas Shores, the complainant. Shores told police that he had been taken to the hospital on Dec. 17 and had arranged with Howard to take care of his 12 dogs while he was receiving treatment. Shores showed police text messages confirming the agreement and arranged to have dog food dropped off at the home.

Shores continued to tell police that when he came home from his stay at the hospital on the 28th he discovered several dead dogs and the bags of food unopened in his home. A total of eight dogs were found to be dead with dry food and water bowls throughout the home. Four dogs survived the ordeal but would require veterinary care.

Police then interviewed Howard later in the day. Howard told police that he had agreed to feed the dogs and that he had done so every day except Dec. 28. Upon further questioning he told police that he might have missed more days. Howard continued to say that nothing happened to the dogs but if something did than he would agree to pay a fine. Police then placed Howard under arrest.

Howard is charged with felony-aggravated cruelty to an animal, cruelty to animals, and neglect of animals. He is currently being held at the Bradford County Correctional Facility on $100,000 bail. His preliminary hearing is slated for Jan. 8 in front of Magisterial District Judge Jonathan Wilcox.