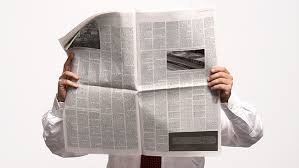 You may call the Owego Pennysaver Readers’ Column at (607) 687-2378 24-hours a day, or e-mail comments to readerscolumn@stny.rr.com. We reserve the right to revise or reject any message.

The OA Music Boosters would like to remind anyone considering placing an ad in the Playbill for Newsies that the submission must be postmarked by Jan. 6. Information on placing ads can be found at www.Facebook.com/OAMusicBoosters.

Has anyone else noticed the lack of outdoor Christmas decorations this year? Absolutely shocking. What is the matter with people; too lazy or what?

I see that Governor Cuomo is going to try to make fair pricing where women do not pay more than men for a like product. Rightfully so! He and they should do something about single people and widows and widowers who usually only use one of a product should pay more for that product than the person who only wants one or has only enough money for one. Example, how long would it take a normal person to eat three boxes of the same cereal? Same for by one, get one. The price for one should be one half of the get one. Come on Governor and assembly; give us a break!

Why does the Village of Owego bother having codes and ordinances? They are not enforced. Every year the lazy and indifferent people refuse to clean their sidewalks of snow and ice, and nothing is done about it.

This past week’s issue of the Pennysaver had a lengthy guest editorial. While well written, I found it off the mark. I was “chubby” in my early school years. As such, I “enjoyed” my share of names, remarks, etc. An old jingle that I was taught saved the effort of anger, etc. “Sticks and stones may break my bones, but words will never harm me.” Guess I wonder why that isn’t taught today? We could do away with college safe zones, bunny petting areas, and all kinds of stress if people would just take a chill pill, relax, and recite that old jingle to themselves.

All the excuses given for a woman to have an abortion that were called into this column last week are just that, excuses. I am a woman, and as such I am fully aware there is no reason to commit what is essentially murder in this country and at this point in history. A human fetus has a beating heart at 22 days, that’s a mere three weeks after conception. In this country, from the moment conception is confirmed, there are a multitude of services that kick in to ensure a healthy baby is born, even to a financially strapped mother on Medicaid, etc. There are agencies that are eager to assist matching an unwanted baby with loving parents who would love to have a child, but are physically unable. Birth control is readily available and I’m sure there are places to obtain it for little or no cost. There is even a readily available “morning after” pill; no one in this day and age needs to have more children than they can afford. Women know where babies come from and in most cases, yes, have control over their own bodies and can choose to refrain from having sex. It IS your body, but once you have another body with a beating heart growing inside, don’t they have the right to live? Abraham Lincoln was born to a poor family decades ago: should his mother have aborted him because they were poor? Once a child is born in this country, in this century, there are a multitude programs; too many to even name here, to assist with the well being of a child. During the holiday season, think how it would not have existed if Mary, an unwed mother, had aborted Jesus. A baby is not an inconvenience, a baby is a person who would also like to be able to make decisions about its own body, but is at the mercy of its creator.

Trump’s horrible remarks about John Dingell at one of Trump’s crazy rallies last week are as low as a human can get, especially about a dead person. Trump made the remarks because of the so-called cheers, laughs and applause; Trump enjoys that. Well, it’s not funny, period! Stop it Trump! John Dingell was a savior of the auto industry. Stop it!

Although they would have no plan on how to pay for it, the only way the democrats will win the next election is by promising everyone a new car. Go Trump!

I don’t mean to rush my life, but I wish tomorrow was Election Day. We would then have the house, the senate, and the republicans would all be in control and finally things will get done. This impeachment is out of control. The democrats are treating it like an open bar tab. It’s time for them to stop and go home already!

So the people of California are finally waking up and leaving their state in droves. They are saying they can no longer afford the high taxes, high gasoline, high this and high that. When I think of California I think of sanctuary city, sanctuary state, I think of a democratic run state, I think of Nancy Pelosi who has been there forever, and then her nephew through marriage is the governor, Gavin Newsom. So what does that tell you? California and New York is right behind. They are out of control when the democrats run them. Vote our democratic leader out in November and let’s get republicans in there. The longer this impeachment is at an impasse on Nancy Pelosi’s desk, Trump’s record, his accomplishments, this economy is going through the roof. Go Trump 2020, landslide!

So the house realizes their impeachment is very, very weak. It’s not going to go anywhere in the senate and our wonderful President Trump will remain in office as he should. So now what do they have up their sleeves? Impeachment part two! These people are out of control. They need to be defeated next November and removed from power so the republicans can get in there and we can get something done for the American people. Something that MEANS something to us like keep the economy humming, secure our border, work on healthcare, bring down the pharmaceutical prices for seniors, our infrastructure, increase our military so that they remain strong. Those in the house all need to be defeated. Brindisi as well. I believe Brindisi is not working for the American people. His ad says he is, I have yet to see it. I’m voting for Claudia Tenney.

I’m afraid Trump will pardon himself. I don’t trust him. Get him Nancy! Don’t let him get away with anything. Go Nancy, go!

I agree that the most recent Democratic Presidential Clown debate was less exciting than a smoldering dumpster fire. Their sincerity was overwhelming.

Our President Trump and First Lady Melania wish you all the best of the holidays and New Year. They hope those with Trump Derangement Syndrome might heal themselves.

“You could easily make the case that Trump should be impeached simply for incompetence: Time and time again, his White House team has proved itself incapable of staffing the government, of formulating any policy that lasts longer than a Fox News commercial break, or of keeping itself from breaking U.S. laws. You could make that case, but you wouldn’t get very far. Senate Majority Leader Mitch McConnell is not a man who particularly cares whether the United States has a coherent national defense policy. He is a man who cares whether a criminal Russian oligarch gets U.S. sanctions against him lifted in time to build a new aluminum plant in his state. It’s all a matter of priorities.” “Five top Pentagon officials have resigned in the last week. Should we be worried?” — The Daily Kos.

Trump may have received 63,000,000 votes but guess what Trump fan – Hillary received 66,000,000 votes. So stop throwing the vote count out as if it was a victory and thus demonstrating how well you did in math class.

So the impeachment is a wrongful attempt to remove a duly elected president. So then how do you classify the Clinton impeachment?

Go ahead, vote Republican. They are trying to cut Social Security and Medicare, reduce SNAP, refuse to increase the minimum wage, and have passed tax cuts for corporations and the rich, which has created the largest annual deficit ever. Enjoy!

I agree with the caller who asked why the Republicans yell so much. They think by yelling they can deny the facts. They are rude, obnoxious, loudmouths. From watching the impeachment hearings and impeachment debates, I have come to realize the Republicans are mad that Trump did what he did, and even madder that he got caught!