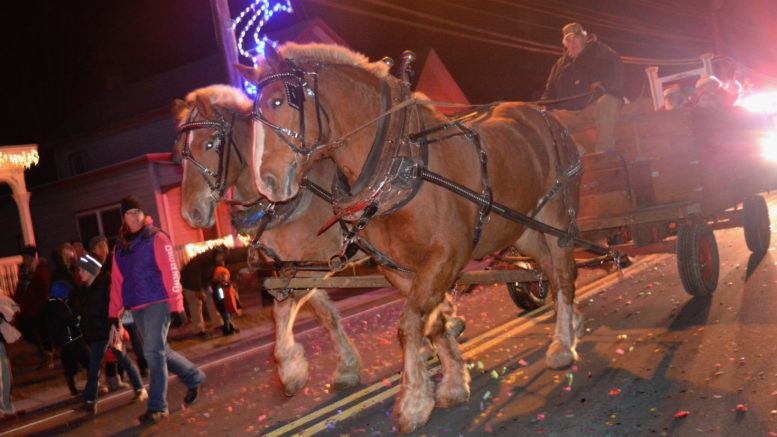 Although the weather outside was frightful, Candor’s Holiday Parade was quite delightful.

Held on Saturday, Nov. 30, guests came out and lined Main Street in Candor to get a glimpse of Santa himself; he was on one of several floats entered into the annual parade.

The parade, which lasted approximately 45 minutes, began at the Candor ball field and ended at the school.

The Sons of the American Legion sponsors this annual event.

While the temperatures were nothing short of frigid outside, cars began lining up along Main Street in downtown Candor Saturday evening to witness the festive floats, and to get a glimpse of Santa, The Grinch, and even the Abominable Snowman himself.

The parade began at the ballfield and ended at the school.

To view all of the photos, click the thumbnail to enlarge, and then click the back button to return to the gallery.