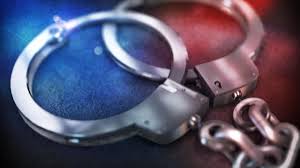 The Endicott Police have reported Friday’s arrest of Chad M. Quick, age 40 of Endicott, for Harassment in the 1st degree as a Hate Crime.

According to a report from the Endicott Police Chief, Quick was arrested after an investigation revealed he yelled racial epithets, combined with physical threats, at a Village of Endicott Crossing Guard that was on duty on Thursday at approximately 6:45 a.m.

Quick was released on an appearance ticket for Nov. 27, at 8:30 a.m. at the Village of Endicott Court.

The Police Chief noted that this arrest is not related to the Personal Injury Accident that occurred on Thursday involving a crossing guard at the intersection of Vestal Avenue and Central Street.

Be the first to comment on "Endicott Man arrested for yelling racial epithets, threats"