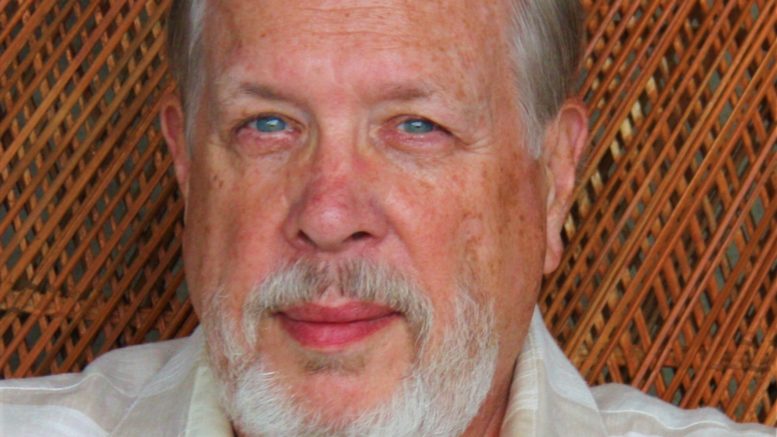 Pictured, is Richard Saddlemire, an Owego Free Academy graduate that has authored several books under a pen name of Dalton Mire. Provided photo.

Rafe is a work of fiction based on a true story of Owego native Raphael Pumpelly who went to Japan on a mission for President Abraham Lincoln during the Civil War. Pumpelly was the first western explorer to trace the Great Wall of China. Later in life, Raphael was a Geology professor at Harvard and renown world explorer.

The award was announced at FWA’s recent four-day annual conference in Altamonte Springs, Fla. This annual competition, which received hundreds of qualified submissions, was RPLA’s 18th.

“This is the most competitive RPLA we’ve ever had,” said Chris Coward, RPLA chairperson. “The RPLA administrative team, judges, and entrants did an amazing job.”

In all, the competition covered 28 adult genres and five youth genres, with published and unpublished entries considered separately. There were five grand awards, as well. They included Published Book of the Year: The Devil’s Bookkeepers Book 1: The Noose, Historical Fiction, by Mark H. Newhouse; Unpublished Book of the Year: Hating Jesse Harmon, Young Adult or New Adult, by Robin Mimna; Best Children’s Book: Bluebirds in the Garden, Children’s Picture Book, by Rita M. Boehm; The Dahris Clair Memorial Award for Plays: Murder at the Butcher’s, by Al Pessin; and the Candice Coghill Memorial Award for the best youth entry: “Michael,” Poetry, by Samantha Leslie in the 12-15 age category.

“A win at any level is a remarkable achievement,” Coward said.

The Florida Writers Association, 1,800 members strong and growing, is a nonprofit organization that supports the state’s established and emerging writers. Membership is open to the public.

The Royal Palm Literary Awards competition was established by the Florida Writers Association to recognize excellence in its members’ published and unpublished works.

For additional information, visit the FWA website: floridawriters.net, where you’ll also find more about RPLA and the complete list of 2019 winners. Or, contact daltonmire@yahoo.com for details about Dalton Mire’s Books.

Be the first to comment on "Owego native wins prestigious award"