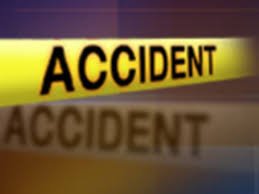 On Sept. 26, 2019, at approximately 3:22 p.m., New York State Police at Owego responded to the report of a vehicle that struck a house on State Highway 17C in the town of Owego.

An investigation determined that Jeffrey McGraw, age 53 of Owego, was traveling on 17C in a 2004 Chevrolet Silverado when he fell asleep.  His vehicle struck a tree then a house; the vehicle and home subsequently caught on fire.

Command immediately put Owego, West Corners and Southside Fire departments on standby and then followed by upgrading to respond to the scene.

The fire captain stated, “Aggressive attacks from multiple departments from two counties limited the extension of the fire and it was brought under control in about twenty minutes. Damage to the home was significant.”
The driver was not trapped and escaped his vehicle. There were no firefighter injuries and all went home safe.

The last Campville unit was back in service by 7:20 p.m.

McGraw was treated for an arm injury by Owego EMS at the scene and released. McGraw was issued a ticket for Moved From Lane Unsafely.
No one was in the home at the time of the crash. The homeowner was notified.