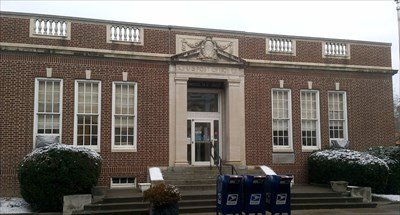 Well, it has happened again. A small group of local citizens has organized to advance their interests. In this case their goal is to name the historic Owego Post Office the Belva Lockwood Post Office.

Belva who? You ask. Well, Belva McNall (not Lockwood, her later married name) played a very small role for less than three years in Owego’s illustrious 232-year history in 1863-1865. True, she made it big later in life with significant accomplishments, but does that really qualify her to be honored by naming Owego’s United States Post Office after her? Of course not.

That it is being proposed is commendable as it starts the community conversation, but it does not end it. Of the dozens of famous Owego native born women and men who lived truly great and significant lives here and elsewhere, who do you think warrants consideration? On my list I can think of truly remarkable women such as Rowena Beck and Helen LaMonte who were groundbreaking professionals in law and education and who were born in Owego, attended Owego schools, and worked and contributed into their 90’s in Owego; and in Ms. LaMonte’s case, at 108.

I’m sure you have your own names including the recent mention of Dr. Helen King. Well now is your chance to get off the sidelines and influence your post office’s name. Voice your support or your lack there of and your own nomination directly in writing to Senator Charles E. Schumer at U.S. Senate, 322 Hart Senate Office Building, Washington, D.C. 20510. Your message and opinion matters and will be part of the public record as to the naming of the Owego Post Office and could likely result in honoring someone you think is most deserving.

In addition, if you would like to sign an Owego citizens petition calling on Senator Schumer to delay any legislative action on the Belva Lockwood naming until most Owego citizens have their voices heard, please email to Owegocitizensnamepostoffice@gmail.com. The petition will be emailed to you. Remember, democracy is not a spectator sport. Get in the game and name your post office now!