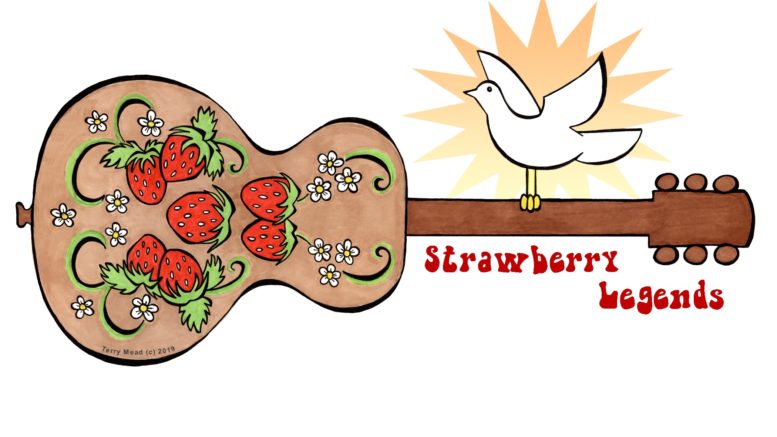 Planning for the June 14 and 15 Strawberry Festival in Owego, N.Y. is underway, and organizers have a great lineup of entertainment planned for guests. Celebrating its 39th year, the theme for this year is “Strawberry Legends,” a theme that compliments the performances slated for both Friday and Saturday.

The annual festival, hosted by the Historic Owego Marketplace, welcomes thousands of guests each year to a closed off downtown area in Owego, N.Y., and provides two days of fun and entertainment that the entire family can enjoy.

Keeping inline with the 50th anniversary of Woodstock taking place this year; the organizers for the Strawberry Festival will introduce Woodstock Studios Performing Artists, Professor Louie & The Crowmatix. The band’s lineup includes John Platania, formerly of Van Morrison; Miss Marie, who has performed with the likes of Levon Helm, Rick Danko, and the Commander Cody band; and Professor Louie, former member of The Band, who performed at the original Woodstock event in Bethel – 50 years ago. Also performing with Professor Louie & The Crowmatix is Gary Burke, drummer and percussionist with The Radio City Music Hall Orchestra. Burke has also performed with Bob Dylan’s The Rolling Thunder Review, and has recorded and toured extensively with Joe Jackson.

On Saturday, the Southern Tier’s largest festival parade with kick things off at 10 a.m. and will be followed by a lineup of entertainment that includes Hot Dogs & Gin, Super Radical, The Gents, and many more. The festival is also welcoming several bands performing covers from the Woodstock era.

You can view the full lineup of events at www.owego.org or by visiting The Historic Owego Marketplace on Facebook.

And the event is growing in size! This year, Park Street in Owego will be added to the roads scheduled for closure during the festival. A closed off Church Street on Friday evening will also allow for motorcycle parking to the event, for those that are riding in.

There will be hundreds of vendors, over 20 bands, and a return of the dinosaurs, which were a favorite at last year’s festival. New this year will be superheroes, and the festival will also welcome Stop That Game Truck, who will be set up on Park Street on Saturday. Returning is the Strawberry Fest 5K and Kids Run, and the annual Strawberry Fest Pageant, hosted by Angel Face Pageants.

Be the first to comment on "Owego’s Strawberry Festival is growing; planning underway"