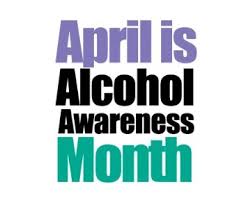 April is Alcoholism Awareness Month. Approximately 18 million Americans have problems with alcohol. While many can drink alcohol moderately and experience minimal effects, alcoholism can lead to mental and physical health problems for people of all ages.

Alcoholism changes brain chemistry and is most commonly identified by the following: need to drink greater amounts to get the same effect, loss of control or inability to stop drinking, cravings to drink or drinking more than intended, and physical dependence or withdrawal symptoms when you don’t drink.

Alcohol withdrawal can become life threatening if not treated.  Withdrawal symptoms usually occur within hours after the last drink but can occur up to days or weeks later and include: anxiety / nervousness, depression, fatigue, irritability, shakiness, mood swings, nightmares, inability to think clearly, headache, insomnia, loss of appetite, nausea, vomiting, rapid heart rate, sweating, or tremors of the hands or other body parts.

A more severe form of alcohol withdrawal is known as “delirium tremens” that includes agitation, fever, hallucinations (seeing or feeling things that aren’t there), seizures, and severe confusion. Anyone experiencing any of these symptoms should seek medical attention immediately.

Alcohol can affect teens, women, men, and the elderly differently. Women and the elderly tend to have higher blood concentrations of alcohol compared to men and younger individuals who drink the same amount. Women are at risk for developing cirrhosis of the liver and heart and nerve damage at a faster rate than alcohol-dependent men.

Older adults who drink excessively are at increased risk for having more serious illnesses, doctor visits, and symptoms of depression, with less life satisfaction and smaller social support networks compared to senior citizens who have never consumed alcohol.

Teenagers who drink excessively are at risk for dangerous effects of alcohol abuse and alcoholism including the tendency to abuse alcohol simultaneously with other substances. Statistics show that the younger people are when they begin drinking, the more likely they are to develop a problem. Teens who drink are more likely to engage in sexual activity, have unprotected sex, have sex with a stranger, or be the victim or perpetrator of sexual assault. Additionally, excess alcohol use can cause or mask other emotional problems, like anxiety or depression or directly lead to accidents and physical injury.