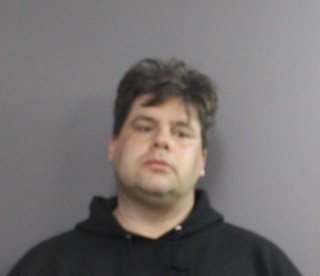 The arrest stems from a month-long investigation into a structure fire at South Liberty Avenue in the Village of Endicott that occurred during the late night hours of Feb. 16, 2019.

Butts is accused of intentionally causing damage to a two-family residence by starting a fire. The residence was unoccupied at the time of the incident.

“This was a dangerous incident; the residence was unoccupied, but could very easily have had people inside,” said Endicott Police Chief Patrick Garey.

He added, “There was nothing about the residence that would distinguish it as being unoccupied. The investigation into this matter was not easy, but was successful due to a collaborative effort between many public safety entities.”

“Endicott Firefighters responded quickly and knocked the fire down,” Garey added. “Uniform patrol officers’ initial responses were crucial to the success of the case. Endicott Detectives and our fellow law enforcement partners worked long and hard to bring it to a successful conclusion. They did an outstanding job.” Endicott Police were assisted in the investigation by the New York State Police, New York State Fire Investigators; Broome County Fire Investigators; Endicott Fire Department; and Broome County District Attorney’s office.

The investigation is ongoing and additional charges are possible. Anyone with information regarding this incident is asked to contact the Endicott Police Detective Division Tip Line at (607) 785-3341, option 7, or through the tip line at endicottpolice.com.

Be the first to comment on "Endicott man arrested for arson"