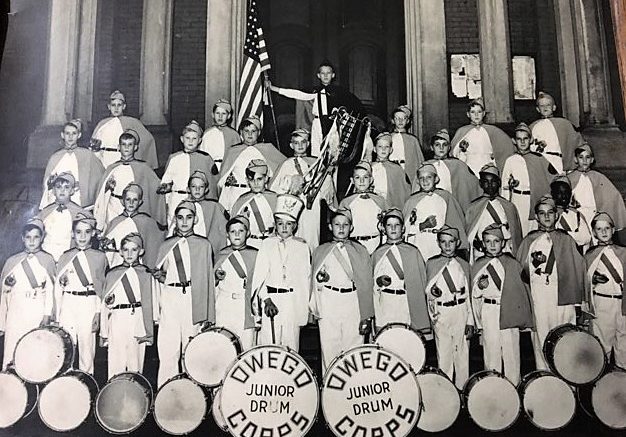 The American Legion, founded on March 15, 1919, is holding celebrations nationwide in honor of its centennial. The Legion has played a vital role in supporting veterans and the communities in which they live.

America’s brave doughboys are credited for creating the American Legion. A.E.F. officer, Lieutenant Colonel Theodore Roosevelt, Jr., the eldest son of the twenty-sixth President, was one of several World War I-era founders who had a vision for a veterans’ organization.

Owego Legion Commander, Bonnie Hand explained that Post 401, located at 263 Front St., has been a supporter of youth and veteran programs for many years and continues that legacy of service today. Post 401 received their charter from the N.Y.S. American Legion on Feb. 4, 1932.

Post 401 supports the Tioga County kid’s picnic, boys and girls’ baseball, the Boy Scouts and Tioga Boys and Girls Club, as well as assists local veterans’ families at Christmas with food and gifts.

In order to be eligible for American Legion membership, a veteran’s time of service must coincide with an official era of war. The restriction, Hand remarked, has left out thousands of service members.

A bipartisan bill called “The Legion Act” was filed in the Senate just last month, and, if passed, will expand eligibility for American Legion membership.

Hand would like to see that change, and said, “All veterans should be recognized; they have sacrificed so much.”

Hand was named Post 401 Commander in May of 2018. Retired from the Navy Reserves where she worked in various Nursing capacities including the Portsmouth, Va. Naval Hospital, Hand was called up to serve in Saudi Arabia during Desert Storm. Bidding farewell to two young children at that time was difficult, Hand said, yet the experience at a tent hospital remains a fond memory.

Among other work, Hand assisted in a humanitarian effort in Thailand, and recalls the thrill of flying off the supercarrier, U.S.S. Kitty Hawk. In addition to her role at Post 401, Hand also volunteers at a local food pantry, and where she has assisted fellow veterans.

Taking a step back in time, much of the Owego Legion’s documented history was lost in the Flood of 2011. According to current members, the original building was intended to house the Owego Serviceman’s Memorial Home, although that plan never materialized. In its early days a fire gutted two upper floors of what once was a three-story property.

The Post 401 Ladies Auxiliary was established in September 1933, and then in 1966, the Sons of the American Legion was formed.

Hand commented that an ambulance service operated by Legion members from about 1957 to 1986 backed up the Owego Fire ambulance, and a Senior Drum and Bugle Corps called the Kickapoos, along with a Junior Drum Corp known as the Kickapettes, as is noted in newspaper archives, participated at area events.

Post 401 is proud of their members who served in leadership positions at the State and National Levels, and in 2017 honored five members who were recognized for 70 and 50 years of continuous membership in the organization. At its peak, Post 401 membership topped 700-plus, while today’s number is about 130.

One significant concern for the future, Hand explained, is gaining accessibility for the disabled at Post 401. The Post has pursued various avenues to acquire the funding needed to make an accessible entrance and planned restroom renovations, but to date those efforts have been unsuccessful. Another option, Hand said, is to find a one-story building elsewhere.

In celebration of the Legion’s centennial, Post 401 invites the public to an Open House on Saturday, March 16 from 1 to 4 p.m. Refreshments and cake will be served, and guests can enjoy music by a disc jockey. Tioga County and Village officials have also been invited.

For veterans and their families, representatives from the Tioga County Veterans Service Agency, the Southern Tier Veterans Support Group and the Soldiers Wish organization will be on hand to chat one-on-one with guests.

Also in honor of the American Legion’s centennial, the four Legion locations in Tioga County, including Candor, Nichols, Waverly and Owego, are holding a 5K Run/Walk on Saturday, May 18 at 11 a.m. at Hickories Park. Proceeds will benefit Legion baseball and other youth and veterans programs.

Prizes in multiple categories will be awarded, along with “Best Patriotic Outfits.” Participants who register with a $25 fee by May 11 will receive a shirt. Race Day registration begins at 9:30 a.m.