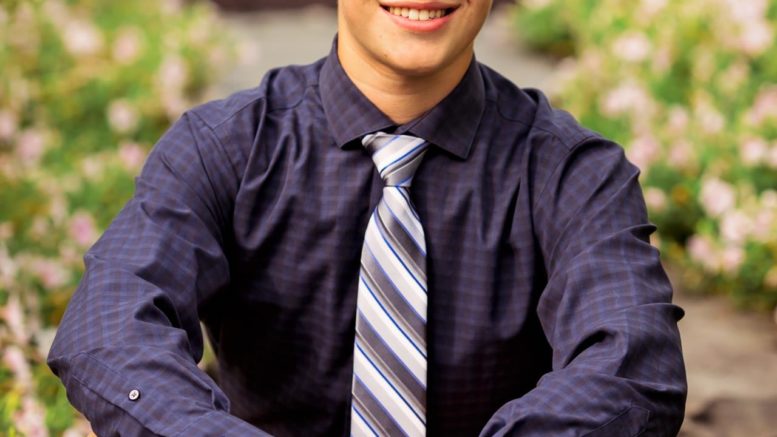 “Owego Apalachin is proud to have Justin Hunsinger as a part of our community,” said Corey Green, OACSD superintendent, adding, “We are excited for Justin and thankful to Senator Akshar for his nomination. He is a well deserving student of this nomination, as he is an integral part of our school distrtict. He shines not only academically, but also in athletics and various clubs and activities in which he is involved.”

The White House Commission on Presidential Scholars selects honored scholars annually based on their academic success, artistic excellence, essays, school evaluations and transcripts, as well as evidence of community service, leadership, and demonstrated commitment to high ideals. Semifinalists will be notified in mid-April and Scholars will be notified in May.

Students chosen as U.S. Presidential Scholars receive a trip to Washington, D.C. in June and the U.S. Presidential Scholars medallion at a ceremony sponsored by the White House. During their visit to Washington, scholars will meet important national and international figures, including government officials, educators, authors, musicians and scientists. Scholars are provided opportunities to: discuss issues that concern America and the world; attend recitals, receptions and ceremonies held in their honor; visit Washington, D.C. area museums and monuments; and forge friendships with their peers from across the country.

Established in 1964 by executive order of the President, the U.S. Presidential Scholars Program recognizes and honors some of our Nation’s most distinguished graduating high school seniors. In 1979, the program was extended to recognize students who demonstrate exceptional talent in the visual, creative and performing arts. In 2015, the program further was expanded to recognize student excellence in Career and Technical Education (CTE) programs.

For more information on the Presidential Scholars Program, visit the U.S. Department of Education’s website at https://www2.ed.gov/programs/psp/about.html.

Senator Fred Akshar stated, “I could not be prouder that Commissioner Elia chose to nominate the 52nd Senate District’s own Justin Hunsinger for the Presidential Scholars Program. Justin’s hard work, dedication and ability to maintain a rigorous schedule that includes excellence in athletics, academics and community service is an outstanding example not only for his peers at Owego Free Academy, but for students across our great state. I thank the Commissioner for recognizing what so many of us see in this young man.”