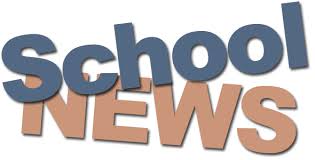 The Owego Apalachin School District’s main campus has been a bit of a puzzle this past week, with its main artery, Sheldon Guile Boulevard, undergoing a complete reconstruction. The work is expected to continue for the next couple weeks.

But underneath all the infrastructure upgrades here is an approach that, according to an engineer and paving company representative on site at the school district, can have a huge impact, not only on quality of work, but on the bottom line for municipalities, commercial ventures and more.

Pete Messner, supervising engineer for Keystone Associates out of Binghamton, referred to the work at OA Schools as a “treatment strategy,” including “full-depth recycling.”

“Basically, we’re re-using the asphalt and gravel that was underneath the existing roadway. We’re grinding those two together, then adding Portland cement as a stabilizing agent,” Messner explained.

The way things are more typically done, Messner added, is that those elements – asphalt and sub-base – are dug up and trucked away. New materials then are trucked in, of course, at a bigger expense. Not only does this “new” strategy re-use existing materials, but it saves organizations as much as 30 percent on costs.

Chris Laurin, of Ruston Paving Co. (Syracuse) said this type of treatment actually isn’t new at all, although it’s vastly under-utilized. “This treatment goes back 50 or 60 years already,” Laurin said. “And it’s been tested over that time in very bad, Northeastern winter weather,” added Messner. “It produces a very frost-resistant sub-base.”

Translation? A much longer life span for the sub-base structure.

“We’re very pleased to have contracted to take such a smart approach to this road work,” said Corey Green, OA superintendent of schools. “What’s more, to be able to display this treatment strategy right here, for area leaders to observe and take back to their constituents as an intelligent, long-term cost savings, it makes great sense for everyone involved.”

“Counties and towns have used this approach, but not nearly at the level they could,” said Messner, who is the former highway superintendent for Tompkins County, and the former highway engineer for Steuben County. “When I was at Steuben County, we were able to do more projects because we eliminated the need for hauling away additional gravel,” Messner added. “This process can stretch local highway paving dollars, and commercial paving dollars by a good 30 percent, and that has a real impact on the bottom line.”