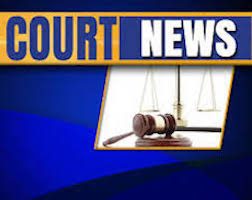 Joseph Swansbrough, 33, of Willseyville, New York, pled guilty Tuesday to attempted enticement and coercion of a minor, according to a press release from United States Attorney Carla B. Freedman and Janeen DiGuiseppi, Special Agent in Charge of the Albany Field Office of the Federal Bureau of Investigation (FBI).

As part of his guilty plea, Swansbrough admitted that, between September and October 2021, he exchanged sexually explicit messages online with an undercover officer posing as a 10-year-old child in an attempt to entice the child into engaging in sexual acts with him.

Swansbrough also admitted that, on Oct. 12, 2021, he traveled from his home in Tioga County to a prearranged meeting location in Broome County, New York, with the intent to engage in sexual acts with the 10-year-old child. Swansbrough was arrested upon arrival at the location and was found in possession of candy he had promised to bring to the child.

The charge against Swansbrough carries a mandatory minimum sentence of 10 years in prison, a maximum sentence of life, a fine of up to $250,000, and a term of supervised release of at least five years and up to life.

According to the press release, a defendant’s sentence is imposed by a judge based on the particular statute the defendant is charged with violating, the U.S. Sentencing Guidelines and other factors. As a result of his conviction in this matter, Swansbrough will also be required to register as a sex offender upon his release from prison.