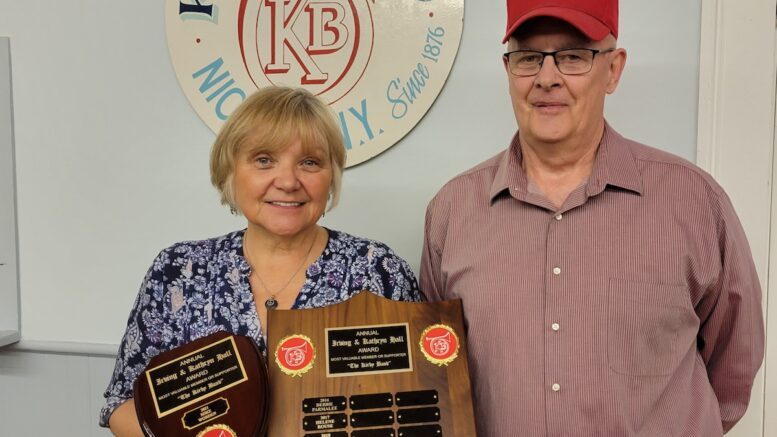 The Kathryn and Irving Hall award was established to honor a Kirby Band member (either a playing or non-playing member) who has contributed the most to the KirbynBand during the past season.

The Kirby Band is preparing for its 2022 season, which includes numerous parades and its annual August concert series in Nichols Park in Nichols, N.Y. For information about the Kirby Band’s 2022 upcoming events, persons should visit the band’s website at www.kirbyband.com.

The Kirby Band is supported, in part, with public funds from the New York State Council on the Arts’ Decentralization Program administered by the ARTS Council of the Southern Finger Lakes.

Be the first to comment on "Mike Worden awarded Irving and Kathryn Hall Award, posthumously"