April highlights the exceptional glasswork of Diana Tillotson. Diana, first captured by glass beads as a youth, turned her fascination into a career.

Diana first delved into glass with etching, carving, and glue chipping. As she became more proficient in her craft, she learned the skill of fusing and lampworking, which allowed her to express her own style. Later she added glass, fire, electricity and chemicals to her inventory of artistry. She also uses dichroic glass; which has two different tones. 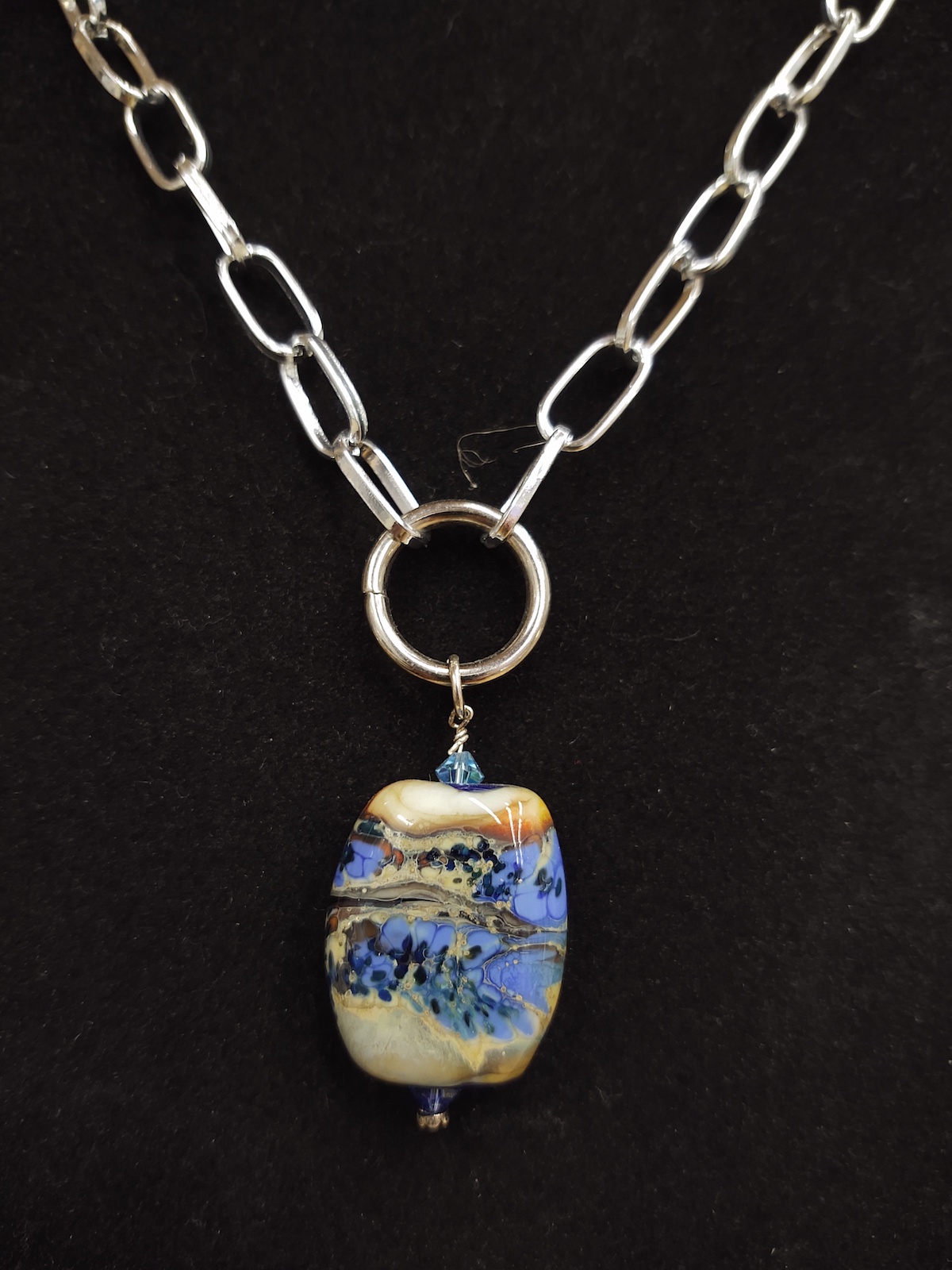 Over the years she has included carving, gold leaf, electroforming, kiln and torch work to create her unique jewelry and house wares. She is also eco-friendly in using recycled materials. 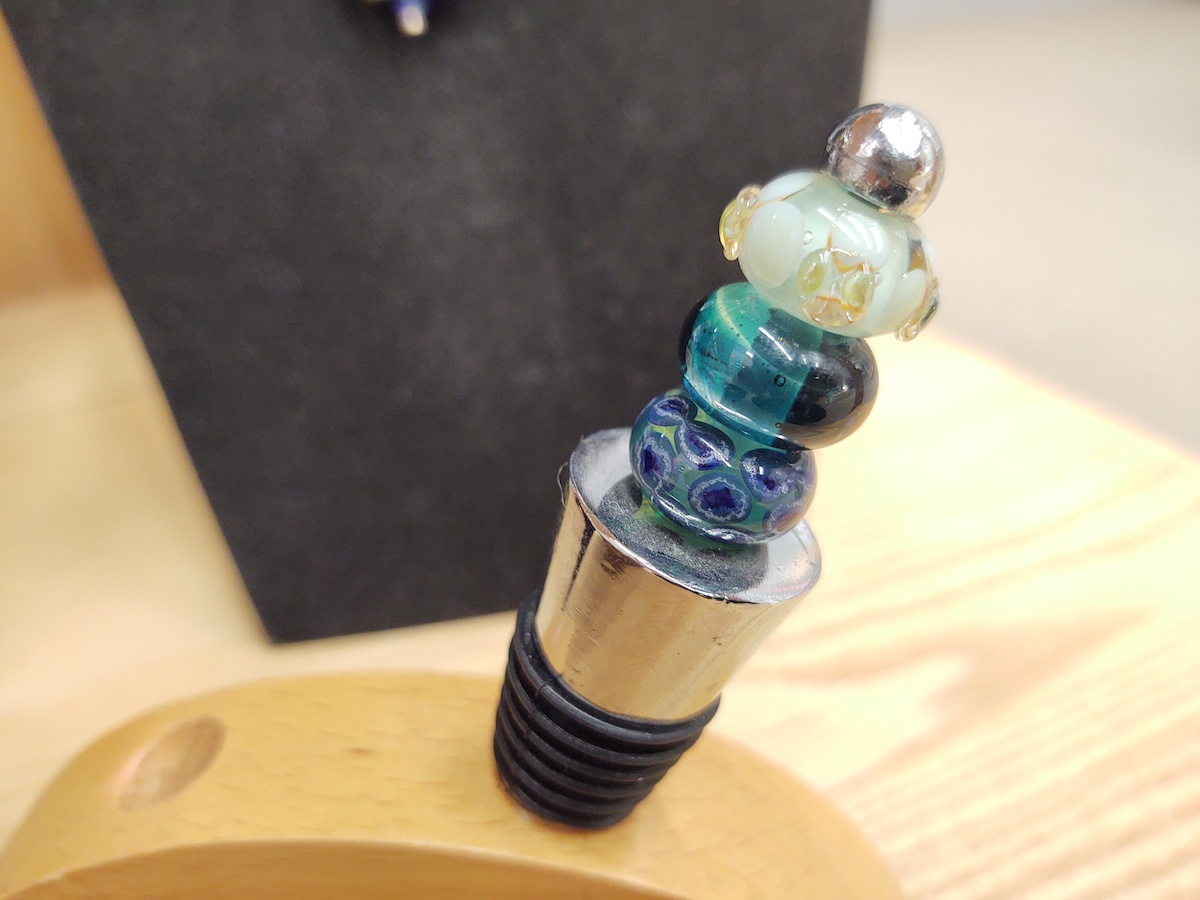 Diana had owned and operated her own commercial glass business for over 20 years. Her work has also been featured at the Corning Museum of glass.

Also, in the back room of the Gallery, Todd Wolfe, an artist from Owego, will be showing his most recent work in his first solo show, Breaking the Plane: Iterations. 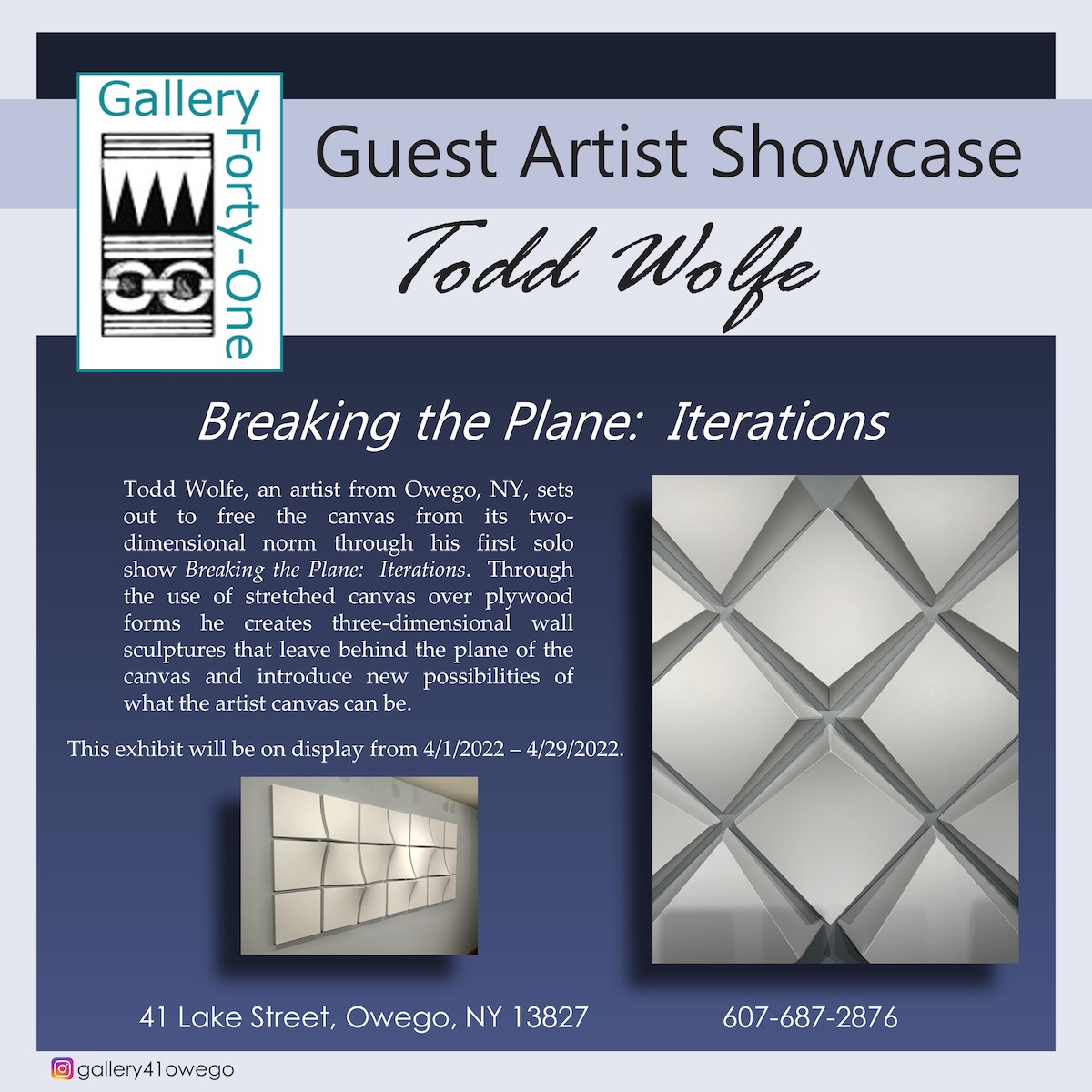 In 2021, Todd had one of those elephant-in-the-room epiphanies that all artist canvases are flat, and since then he has been working to free the canvas from its two-dimensional norm. By stretching canvas over plywood forms, and then arranging these forms together, Todd creates mesmerizing three-dimensional wall sculptures that redefine what the traditional artist canvas can be.

Todd stated, “Few people have intentionally stretched canvas outside of its traditional two-dimensional plane. From the moment I realized this, all I have been able to think about is how I can introduce that third dimension into the canvas. ‘Breaking the Plane’ captures that goal through the 15 works that will be on display during the show.” 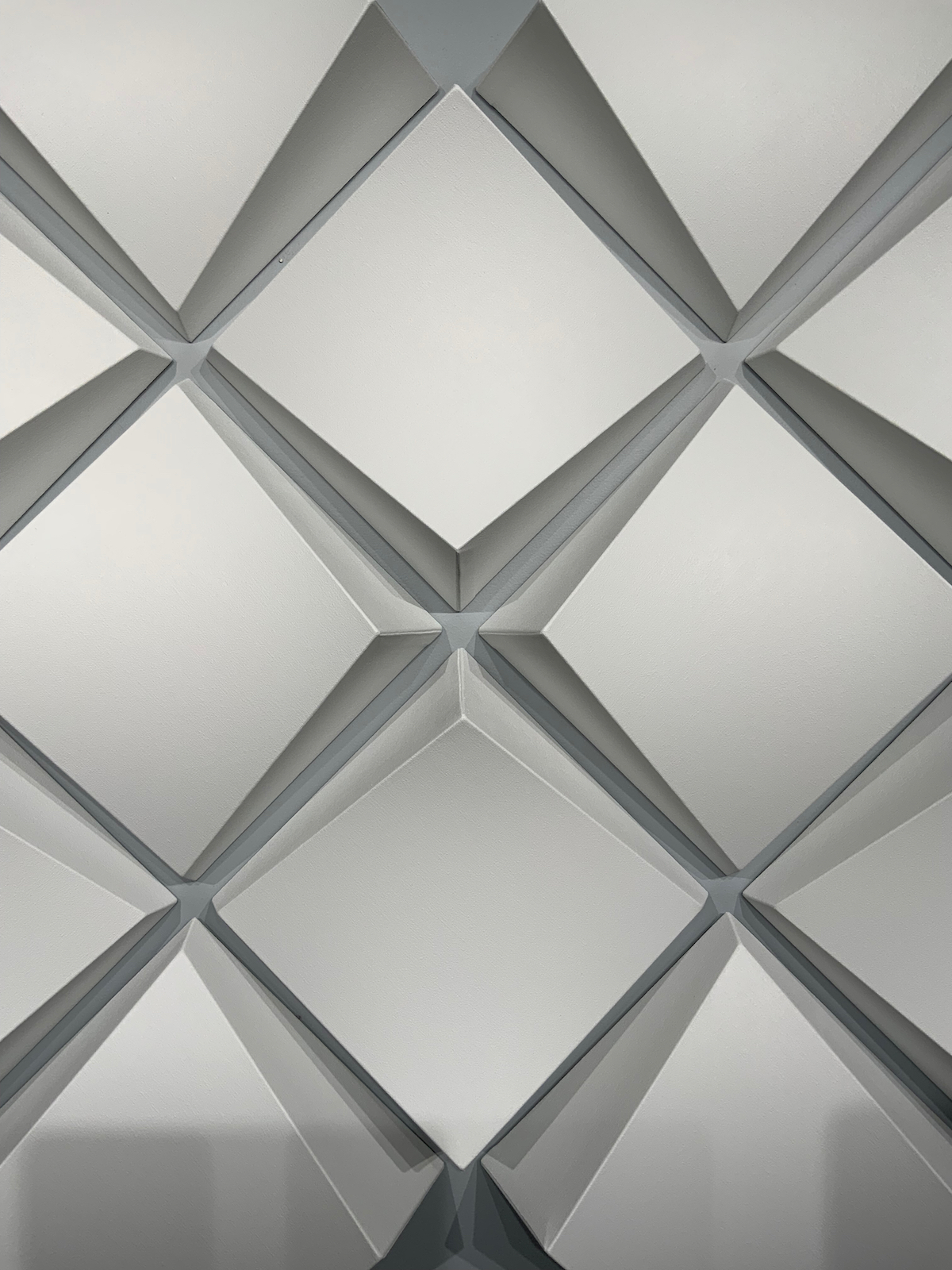 A closer look at work by Todd Wolfe that will be featured at Gallery Forty-One in his first solo show, Breaking the Plane: Iterations. Provided photo.

He added, “‘Iterations’ embodies both the process that has brought me to where I am in the development of three dimensional canvas as well as the vast possibilities that are available through simply rearranging the individual canvases in relationship to each other. There are thousands of possibilities, no two alike.”

Breaking the Plane: Iterations will be on display at Gallery 41, from April 1 to April 29. 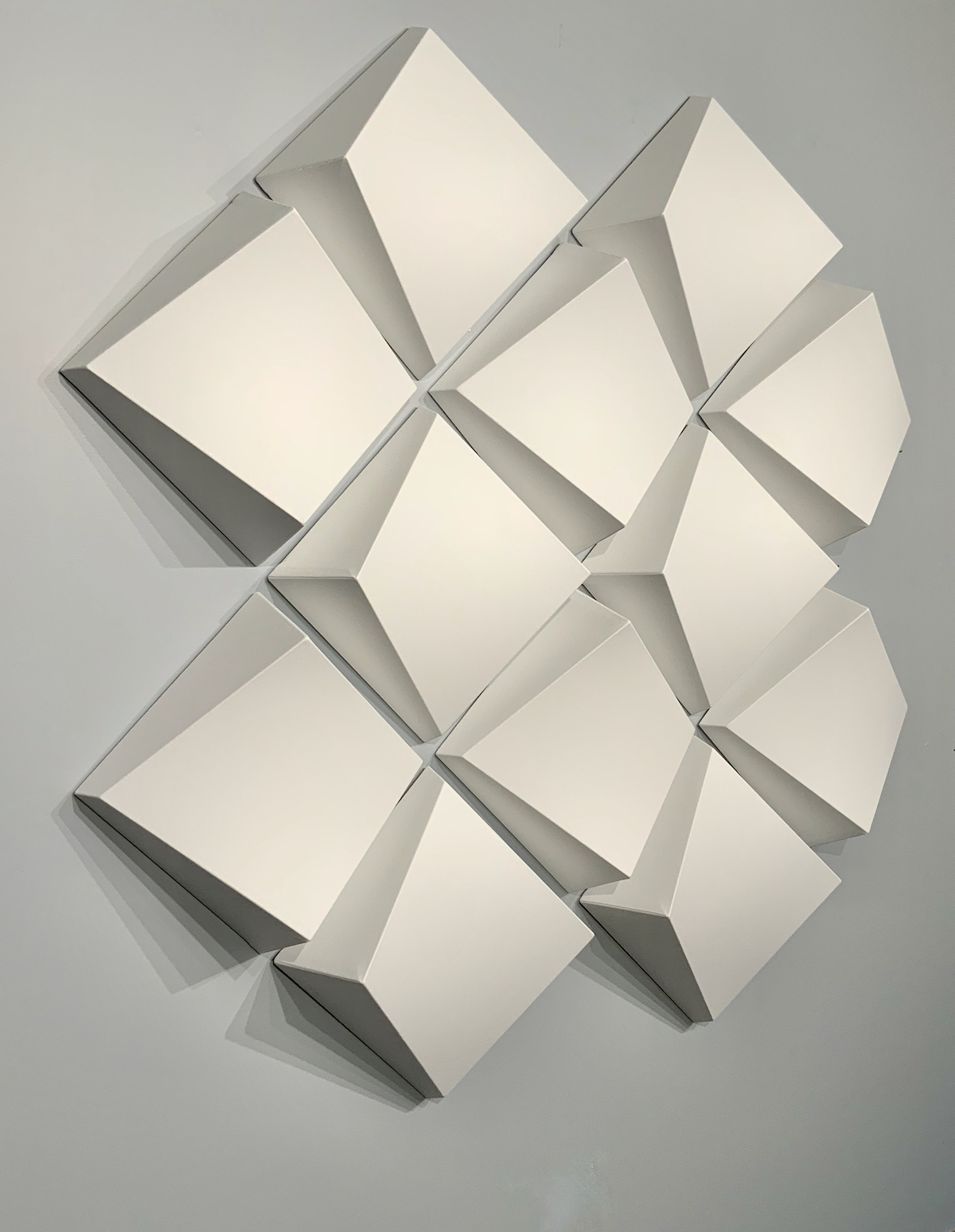 Work by Todd Wolfe that will be featured in his first solo show, Breaking the Plane: Iterations. Provided photo.