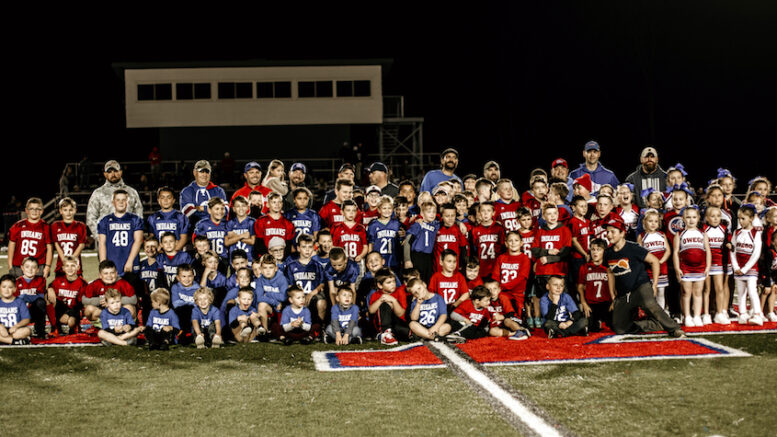 Pictured are the youth that participated in the Sept. 24 Punt, Pass and Kick fundraiser for the OA Football Club. Photo credit: Sara Andreasen.

On Friday, Sept. 24, the Owego Apalachin Football Club held a fundraiser and youth night for the players and cheerleaders, organized by Jennifer Whigham.

Each Player was asked to collect pledges from family, friends and neighbors, and bring it to the competition. One hundred percent of the money raised from the event, which exceeded $5,100, will benefit the players and program and will, in turn, help cover major expenses like equipment purchases and reconditioning, fees for the league, officials, insurance, and administration costs. It also allows the OA Football Club to have one of the lowest registration fees in the area. 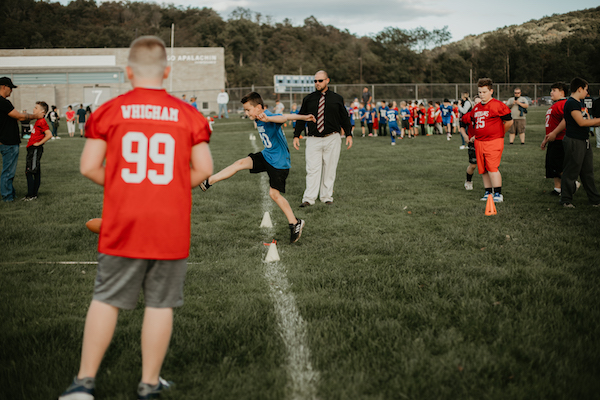 For the fundraiser, each player was allowed one punt, one pass and one place kick as part of the competition, and the winner will be announced at a later date. Initially the teams were told whichever team raised the most money for the fundraiser would be awarded a pizza party; the kids did so well that all the teams will be having a group pizza party at a later date.

The evening was wrapped up with all of the players, cheerleaders and coaches being announced at the Varsity game that took place later that evening.

Pictured are the youth that participated in the Sept. 24 Punt, Pass and Kick fundraiser for the OA Football Club. Photo credit: Sara Andreasen.

Be the first to comment on "Punt, Pass and Kick raises funds for OA Football Club"